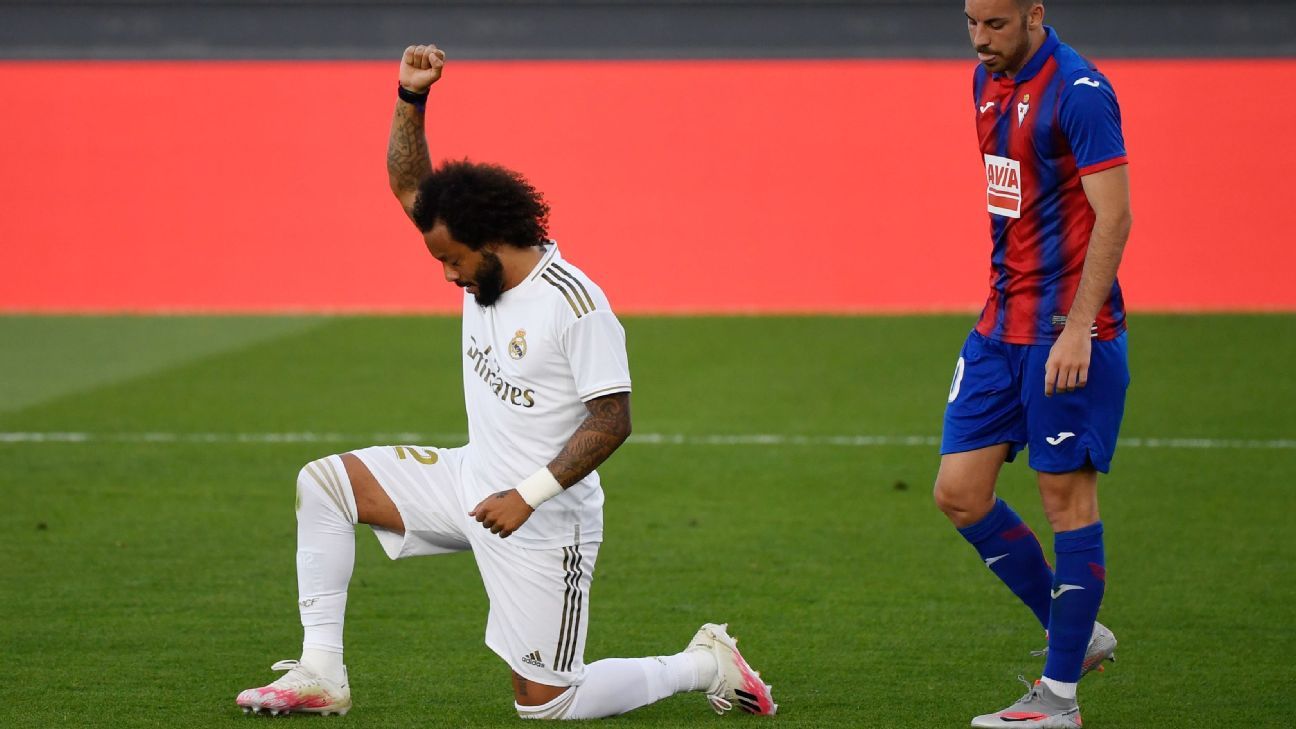 
Real Madrid left-back Marcelo took a knee and raised his fist after scoring in a 3-1 La Liga victory over Eibar on Sunday.

The Brazil international tallied the Spanish giants’ third goal of the day — pouncing on a poor clearance and beating Eibar goalkeeper Marko Dmitrovic with a low, driven shot from the edge of the penalty box. He then immediately dropped to his knees, lowered his head and raised his right fist — a gesture often seen as a symbol of the “Black Power” movement that gained prominence in the United States in the 1960s and ’70s and associated with the “Black Lives Matter” movement of today.

Marcelo’s Instagram account reposted images of his celebration from other users, some of which contained the hashtag #blacklivesmatter and other anti-racism messages.

Marcelo took a knee and threw up his fist after scoring for Real Madrid. pic.twitter.com/AWX6bRQ6f8

The display comes as players, clubs and leagues throughout the sport have expressed solidarity in the wake of the May 25 killing of George Floyd, a black man, who died after Derek Chauvin, a white police officer, kneeled on his neck for more than eight minutes in Minnesota. Floyd’s death has spurred demonstrations against racial injustice around the world.

Several clubs paid tributes earlier this month to Floyd and the Black Lives Matter movement on their warm-up shirts prior to league matches. Marcus Thuram, Jadon Sancho, Achraf Hakimi and United States international Weston McKennie have been among the players who have showed their support. And last week, the Premier League announced it will allow players to replace the names on the back of their jerseys with the words “Black Lives Matter” for one round and that teams will wear a patch to show support for the movement for the rest of the season.

FIFA, whose rules prohibit “any political, religious or personal slogans, statements or images” on equipment, made a rare public statement last week in which it urged competition organizers to apply “common sense” and consider not sanctioning players for solidarity during matches.