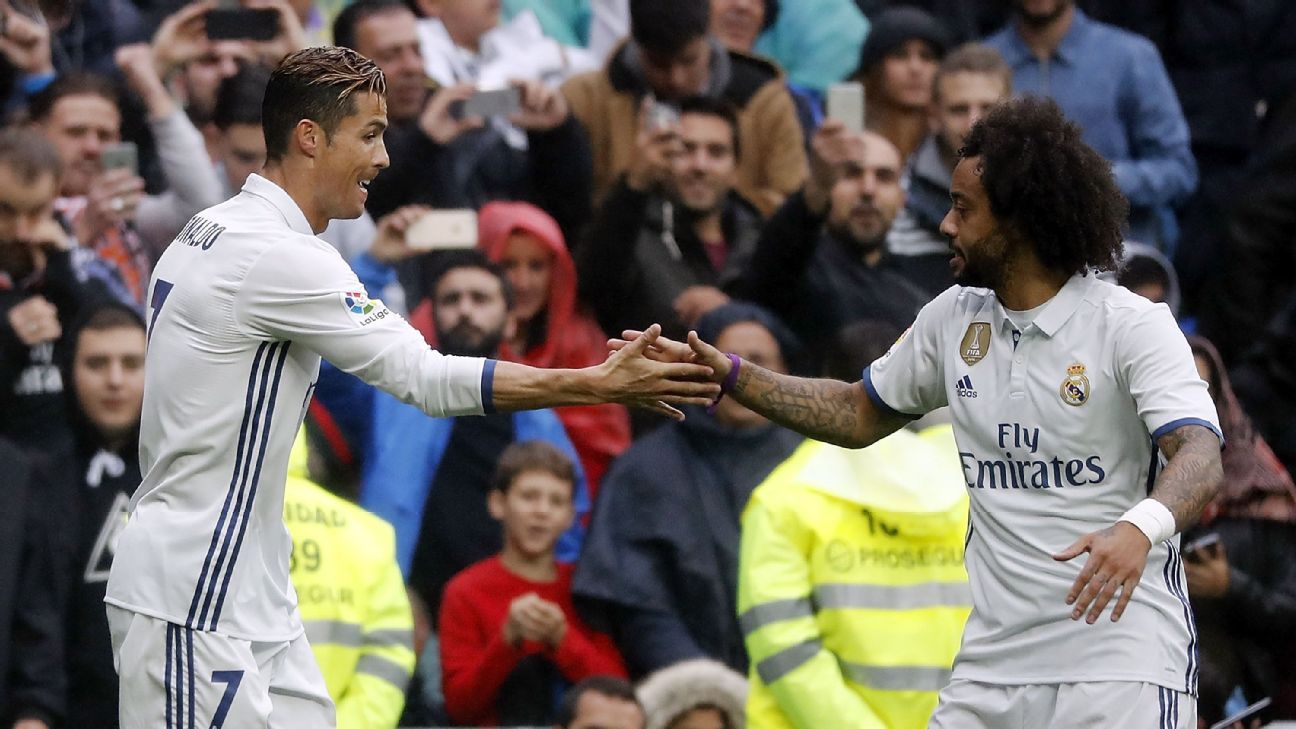 
Real Madrid vice-captain Marcelo says he is not concerned about Cristiano Ronaldo potentially leaving the club and he will support his friend no matter what decision he takes about his future.

Last month Ronaldo was accused of a €14.7 million tax fraud by Spain’s Hacienda tax authority, leading to reports he could leave Madrid.

Speaking on Brazilian TV show Noite dos Craques, Marcelo suggested that he did not believe everything reported in the media about the case, and had no reason to be concerned about the situation.

“Of course I speak with him,” Marcelo said. “I am not worried. Many things said in the press are lies. There is no reason for me to be worried.”

Ronaldo signed a new contract in November tying him to the Bernabeu outfit until 2021, and in May as he was guiding the team to the La Liga and Champions League double he told Spanish TV that he still aimed to play for Madrid for another decade or so.

Marcelo said that Ronaldo would take the decision which suited himself, and whenever he did decide to move on he would offer his support as a friend.

“Cristiano knows what is best for himself,” he said. “As a friend, not just as a teammate, whatever decision he takes this year, next year, or in 10 years’ time, I will be there to support him.”

Ronaldo stayed silent over his future throughout the Confederations Cup, and is not expected back at preseason training with Madrid until after the court date on July 31.