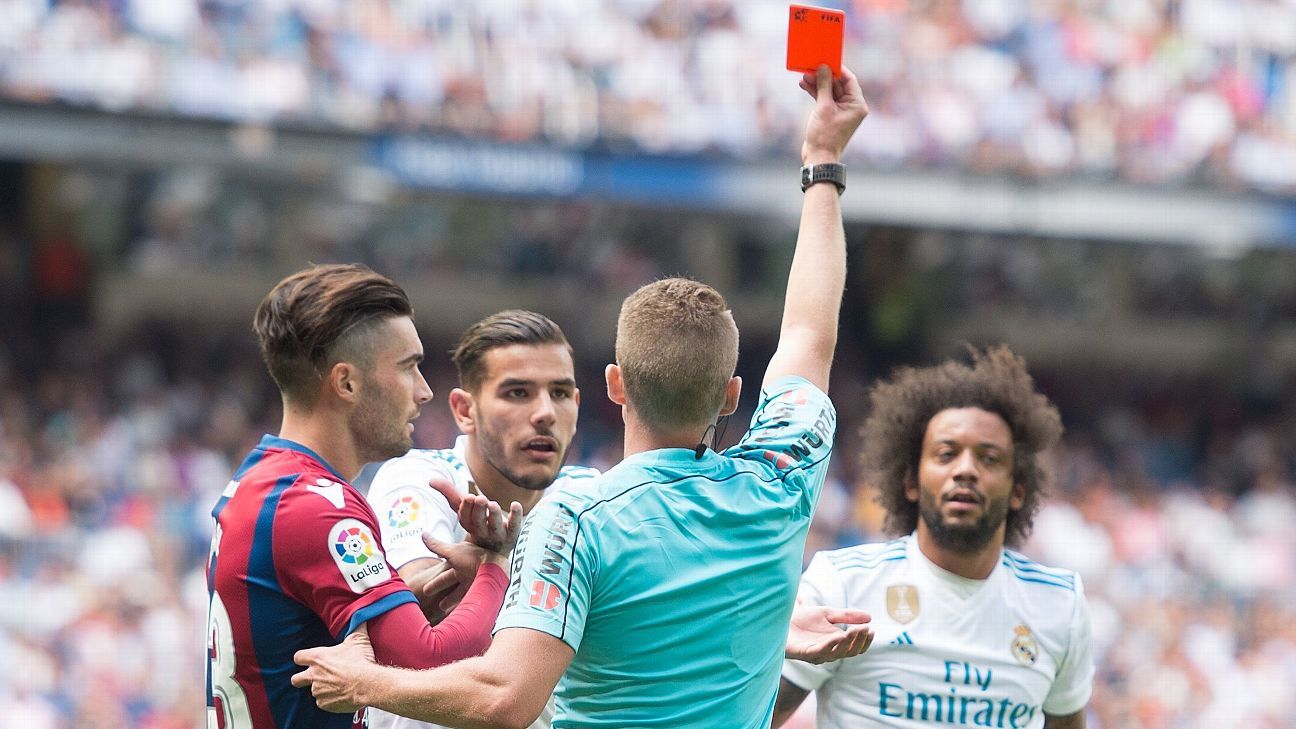 
Real Madrid defender Marcelo has been told he will serve a two-match ban following his red card against Levante on Saturday.

The news came as Madrid announced that he had added another two years to his contract, previously due to expire in 2020.

Marcelo, 29, has won 17 trophies since joining from Fluminense in January 2007, including four La Liga titles and three Champions Leagues.

He was dismissed in the 1-1 draw after kicking out at midfielder Lerma as the pair tussled on the ground following a challenge.

Referee Alejandro Jose Hernandez Hernandez wrote in his official report that he had seen the Madrid vice-captain “kick an opponent in the back, with the ball well away from the action.”

Madrid presented evidence on Marcelo’s behalf, but the Spanish Football Federation’s competition committee imposed the ban for what it called “a violent act but without causing any injury.”

The committee decided against invoking the more serious article 98, which deals with off-the-ball incidents and would have brought a suspension of at least four games.

Madrid can appeal against the punishment, which includes a fine of €700 for the club and €600 for the player, within 10 days.

Last week, club president Florentino Perez called for an overhaul of La Liga’s refereeing establishment and urged more transparency on how referees are appointed and managed.

The Liga champions have had three players sent off in their first five domestic games this season, with former Madrid player Alvaro Arbeloa  claiming officials were biased against them.

Arbeloa said: “All Madrid fans agree that the refereeing can be improved.

“It hurts to see Real Madrid, in three games, picking up the same number of sendings off as Barcelona in more than two seasons.

“The stats are there, and objective, and speak for themselves. In the end, you want the referees to be fair. They can make mistakes, but not mistakes always in the same direction.”