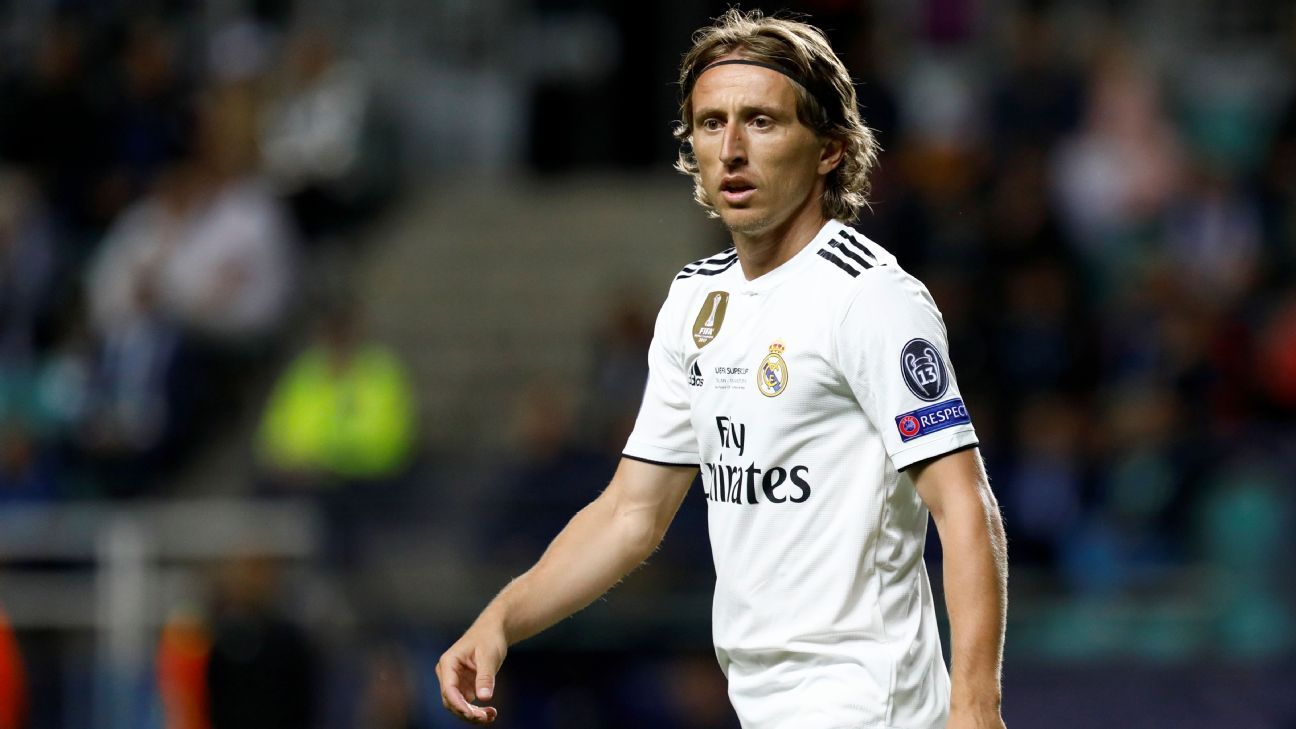 
Emilio Butragueno said there is no Luka Modric situation at Real Madrid and that the Croatian midfielder “couldn’t be happier” to be playing for the club amid links to a move to Inter Milan.

Modric returned to action as a second-half substitute against Atletico Madrid in his side’s 4-2 defeat in the UEFA Super Cup on Wednesday but uncertainty still surrounds his future.

Butragueno, the Madrid legend who is now their director of institutional relations, told Movistar+ before the game “there is no issue with Modric and he couldn’t be happier to continue with us” despite the persistent rumours about his future.

Inter have been linked with the midfielder all summer, with Modric reportedly wishing to join a club closer to Croatia, but Madrid have been firm in their responses to reports of his interest in leaving.

With the transfer window set to close in Italy on Friday, AS reported Madrid are prepared to offer him improved terms in a new contract that would see him paid in line with Gareth Bale and Sergio Ramos — the club’s top earners.

Inter manager Luciano Spalletti said earlier this week Modric had “expressed interest” in signing for the club, but Modric, who won the Golden Ball as Croatia lost to France in the World Cup final, reportedly decided to stay at Madrid after discussing his future with the hierarchy.

“About Modric, it is the sporting director who deals with that. I am not sure how this will finish,” Spalletti said. “That he has shown interest to join us is obviously positive. We are trying to create the right conditions for him to join Inter Milan.

“If Real Madrid want to hold onto him, we would have to accept that, and I think that will happen. It does not matter so much. We are still a strong team, even if he does not join.”

Madrid are more likely to buy players than sell them at this point with the start of the league around the corner.

Casemiro, who started the Super Cup despite having just returned to training with the club, was asked about improving the squad.

“You have to ask the president, the people who sign players, the manager,” Casemiro said. “I am here to do my best. The people who have to think about signings are above us, and they are prepared for that.”

Marcelo, who has been linked with a move to Juventus to team up with Cristiano Ronaldo, said that “if someone was to arrive, they would be welcome.”