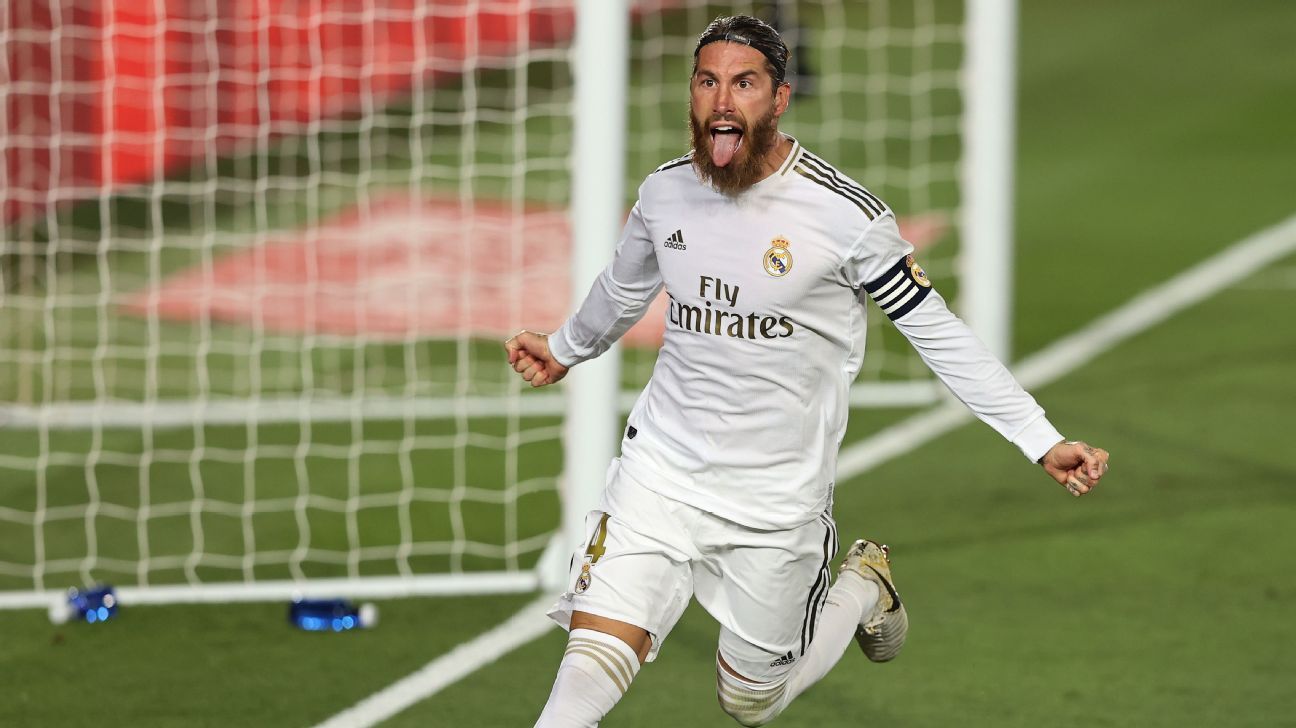 
Sergio Ramos has denied that referees have helped Real Madrid top La Liga after scoring another decisive penalty in a 1-0 win at Athletic Bilbao on Sunday.

Marcelo was caught by Athletic midfielder Dani Garcia in the second half at San Mames and referee Jose Gonzalez Gonzalez awarded the spot-kick after consulting the pitchside VAR monitor.

The result put Madrid seven points clear of rivals Barcelona ahead of their match at Villarreal on Sunday night.

“We aren’t going to win or lose the league thanks to referees,” Ramos told Movistar. “Whoever has made mistakes and hasn’t achieved their objectives should be critical of themselves. It isn’t down to referees that Real Madrid are first.”

The penalty was Ramos’ 10th league goal this season — and his fifth since the La Liga restart, more than any other player.

“In moments of so much tension, that’s when I feel most comfortable,” Ramos said. “I think I’m the right person to take that responsibility. Personal statistics are secondary, I want to win this league, it doesn’t matter who scores. It’s nice but if I’d wanted individual prizes I would have played tennis.”

At the other end of the pitch, hosts Athletic were denied a penalty for an incident involving Ramos and Raul Garcia, with captain Iker Muniain complaining that “we’ve seen how it’s gone these last few games and in whose favour the decisions are going.”

Real Madrid coach Zinedine Zidane , however, refused to be drawn on the latest refereeing controversy.

“I’m tired of it,” he said in his postmatch news conference. “It’s as if we only win games because of the referees. People should respect Real Madrid and what the players are doing on the pitch.”

The match saw Gareth Bale sat in the stands as an unused substitute for the third game in a row, while James Rodriguez was left out of the squad entirely.

“James wanted to be left out for his own reasons,” Zidane said, refusing to offer any further explanations. “As for Bale, I have to choose. There are 25 players here.”

Madrid will play their final four league games in just nine days, starting with hosting Alaves on July 10 before a trip to Granada on July 13, playing Villarreal on July 16 and Leganes on July 19.