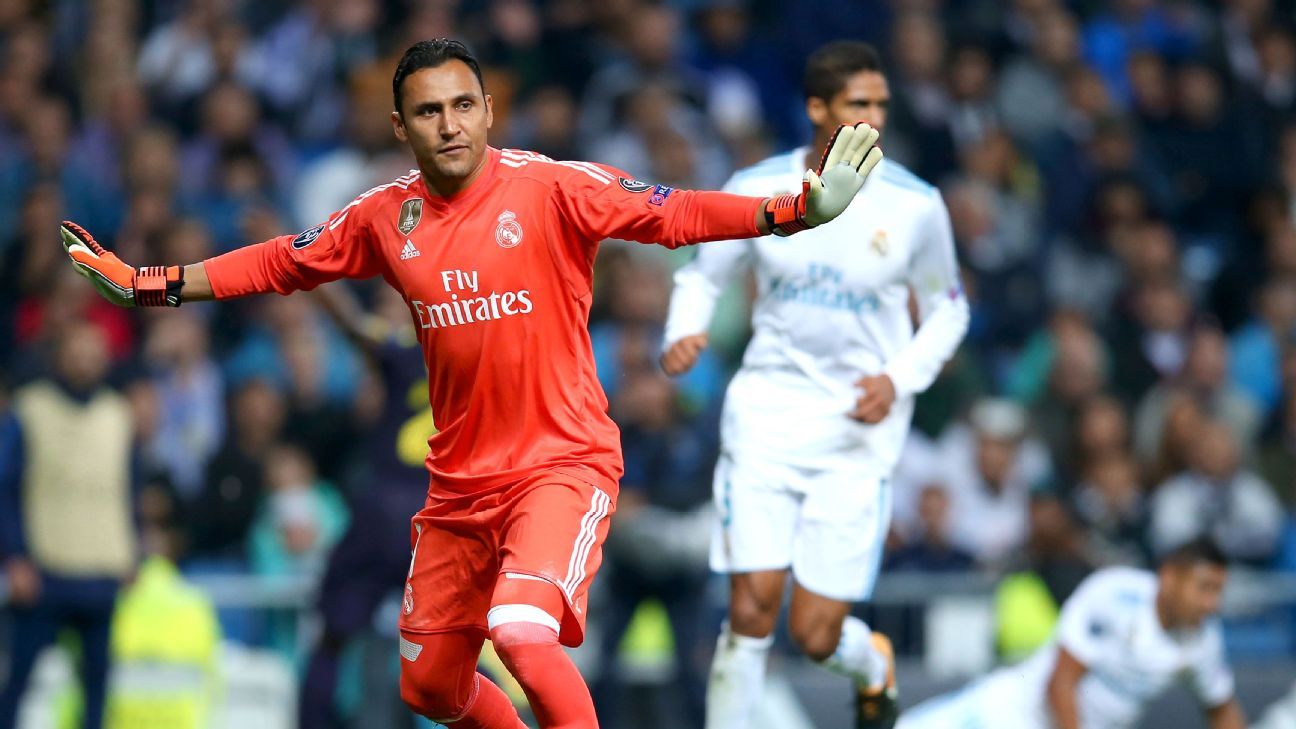 
Harry Kane raised his hands to his head and then lowered them down again. He rocked them back and forth, unsure of how to react, and glanced up at the Madrid sky.

The Tottenham Hotspur striker, who had scored 15 goals in 11 games for club and country prior to visiting the Bernabeu, is not used to experiencing the sequence of events that had just unfolded.

Usually when Harry Kane bears down on goal he is accustomed to time slowing down and the din of the crowd momentarily abating as his focus centres on the ball. He opens up his body and everything whirs back to normal speed as the ball settles into the net. A cacophony of jubilation awaits when the sound is turned back up.

But in the 71st minute of Real Madrid’s 1-1 draw with Tottenham, Keylor Navas thwarted Kane with a reflex save so nimble that in real time it appeared that Kane had missed.

That fingertip save was one of a string that Navas made on Tuesday evening. His opposite number — Hugo Lloris — was equally as impressive.

“Two goalkeepers to the rescue,” cooed El Pais. “Two teams, two goalkeepers,” as El Mundo put it. AS and Marca both awarded the custodians three stars out of three.

Since Navas joined Real Madrid from Levante in 2014, he has constantly heard about the imminent arrival of a replacement. The latest name to adorn the pages of the printed press is Kepa Arrizabalaga, the talented Athletic Club keeper.

“This is nothing new for me,” Navas said when asked about the speculation following the draw with Tottenham, “I have been listening to the same thing for many years, so I don’t worry about it. As long as I am here I will fight for my place.”

Navas is certainly used to the inference that he is inadequate. His enforced move to Manchester United was signed off and agreed on Aug. 31, 2015, despite the fact that the player himself did not want to leave Madrid. The infamous “fax machine” episode prevented David De Gea’s transfer from Old Trafford to the Bernabeu from going through, and Navas stayed.

Six league appearances in 2014-15 swelled to 34 the following season. He became the first-choice goalkeeper and displayed the intensity, desire for self-improvement, and razor-sharp reflexes that earned him a move to the Spanish capital.

But his career at Real Madrid proceeded like a walk along cliff tops on a blustery day. Sometimes the footpath leads inland away from the precipice and the criticism lessens. But it always meanders back to the edge. Any hint of an error is a slight loss of footing, sending a shower of rocks to the snarling waves below.

Zinedine Zidane has placed his faith in Navas. When the arrival of De Gea seemed about to happen again in the summer of 2017, it was Zidane who stopped the move. “We opened the door, but it was them that shut it,” said Manchester United manager Jose Mourinho.

When asked to give a score to Navas’ performance against Tottenham, Zidane responded with typical coolness: “I don’t know, the same as always.”

He rarely dispenses extravagant praise. But in this case, the understated nature of his compliment added strength to it. Zidane’s answer drew attention away from Navas’ standout display against Tottenham, and re-directed it towards the consistency of his performances.

So far this season, the Costa Rica international has made 39 saves from the 48 shots he has faced, giving him an 80 percent success rate. De Gea has fared slightly better, with his 32 saves from 37 shots delivering an 86.4 percent rate. Yet Navas compares well with Thibaut Courtois, Jan Oblak, and Marc-Andre ter Stegen.

Former professional goalkeeper Santi Canizares, who won 46 caps for Spain, corroborates that point: “Maybe he [Navas] isn’t the best in the world, maybe there are other more glamorous options, but he is right up in the top drawer of keepers about at the moment.”

Canizares identifies a paradox. Consistency is a fundamental characteristic in a goalkeeper. They should be dependable, reliable, and students of repetition. Glamour does not form part of the equation in that area of the pitch. Yet the relationship between Real Madrid and Navas will always be under strain precisely because he does not provide the glamour that the club desires.