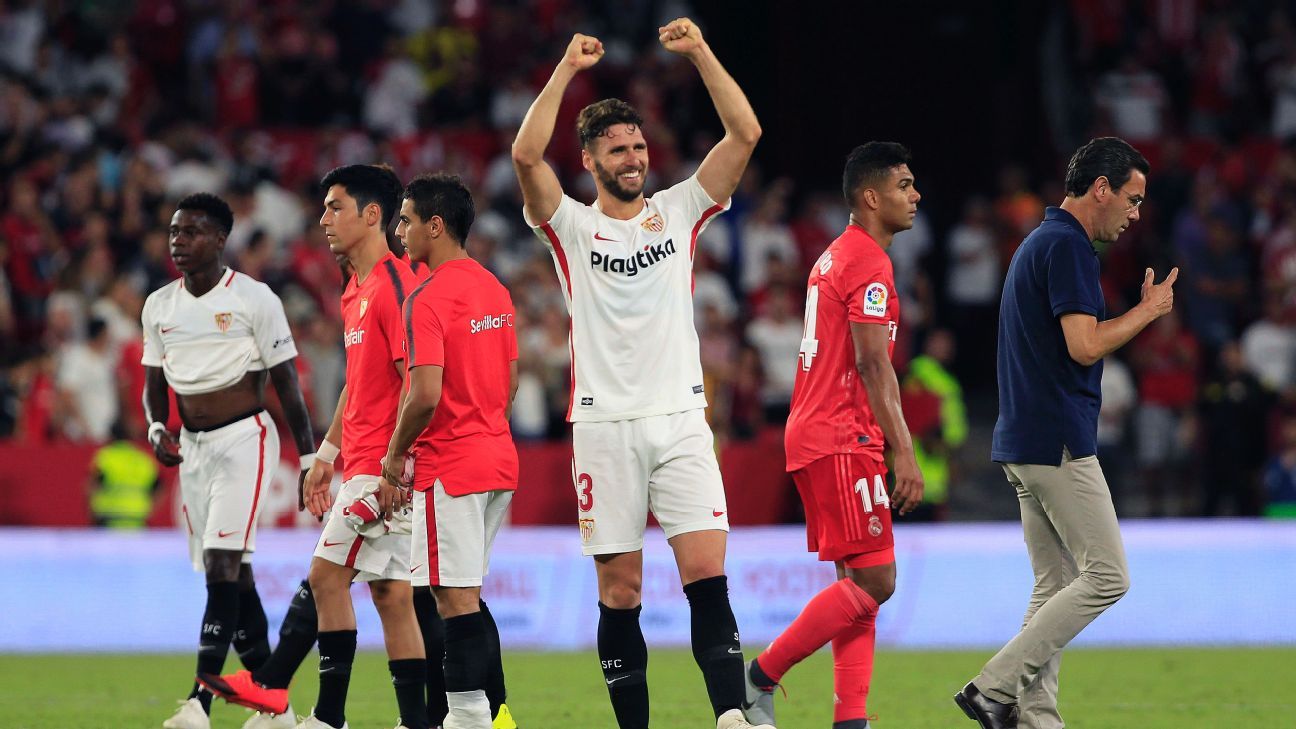 
Julen Lopetegui accepted that his Real Madrid side were beaten by the better side on Wednesday after Sevilla won 3-0 at the Ramon Sanchez Pizjuan stadium, with all their goals coming before half-time.

“Sevilla were far superior and they deserved to win,” Madrid coach Lopetegui said. “We weren’t as we would have liked and we paid in the first half by letting in quick goals.

“Later, in the second half, we matched them and after that we hoped that, if we scored, we could get back into the game.

“We did score, but the goal didn’t count on the scoreboard [a Luka Modric strike that was ruled out for offside]. Then we missed chances and we couldn’t mount a comeback.”

FIFA’s The Best ceremony took place on Monday night with Madrid players Luka Modric, Raphael Varane, Sergio Ramos, Thibaut Courtois and Marcelo all picking up awards in London, but Lopetegui said the travelling was not an excuse.

“It’s clear that the circumstances occurred, but it would be opportunistic to blame this,” he said. “We lost the game because we weren’t good, the manager neither.”

Courtois, who won The Best goalkeeper award in London on Monday, also ruled out travel having been a factor in Madrid’s below-par night.

“I rested well, I trained very well,” he said. “We prepared for the game well and the award ceremony isn’t an excuse, because just five of us went.”

Marcelo came off injured with 15 minutes to go with Madrid having used all their substitutes, and Lopetegui said: “It seems as though Marcelo has a [muscle] tear but we will wait until tomorrow to see.”

The defender, who said he was suffering “pain in the calf,” blamed a poor first-half showing for Madrid’s defeat.

“In the first half, we were bad and Sevilla were much better,” he said. “To come back from three goals after that is difficult.

“They’re three points that have escaped us and could be decisive in the end. The loss hurts, but we have to lift our heads.”

Lopetegui, whose side face city rivals Atletico Madrid on Saturday, backed his players to bounce back from defeat.

“When we win, we prepare for the next game as normal and we will do the same in this case,” he said.

“In the league, these things happen and they will happen to every team. In three days we have a demanding game, and we will lift ourselves up and prepare for it with maximum intensity.”