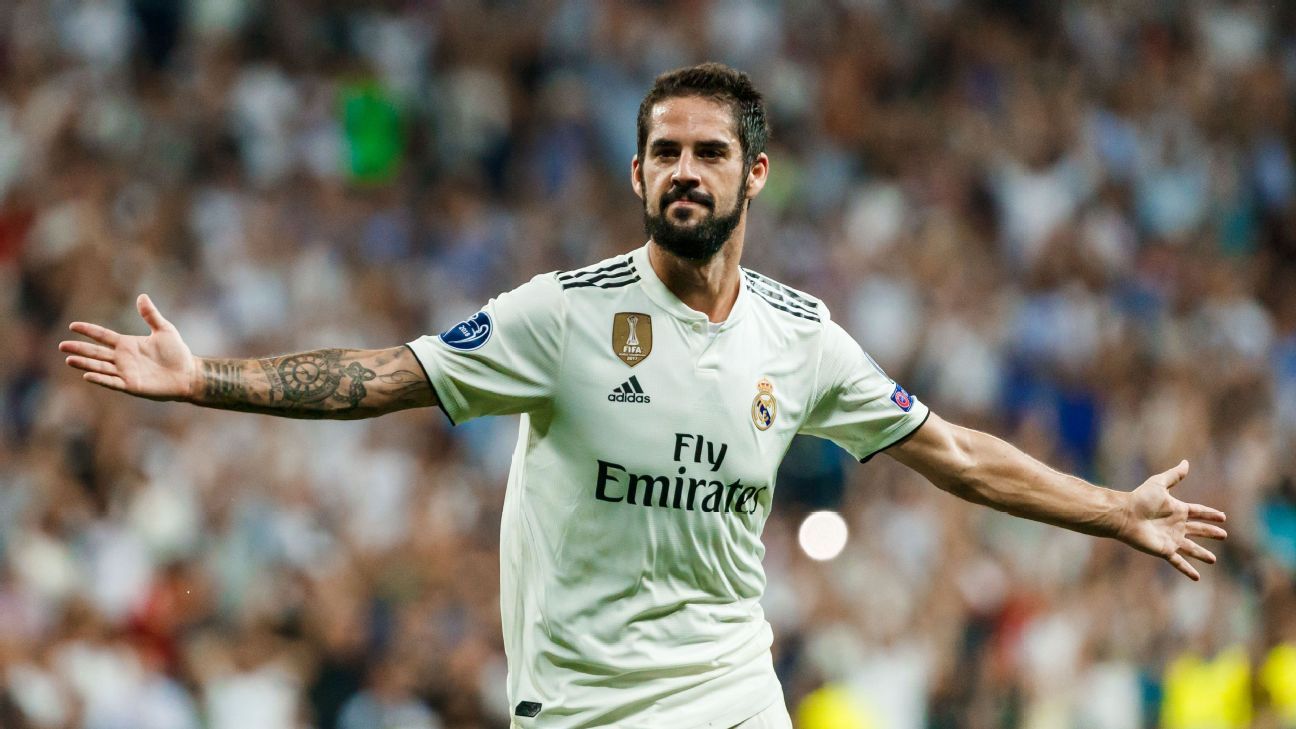 Isco is now likely to miss Real Madrid’s game against Sevilla on Wednesday and the derbi against Atletico Madrid on Saturday.

“Our player Isco was operated on successfully for acute appendicitis at the Sanitas La Moraleja Hospital,” the club said on Twitter. “The operation was carried out under the supervision of the Real Madrid medical services. His recovery will continue to be assessed.”

The midfielder, 26, has played in all five of Madrid’s La Liga games this season and scored in the 45th minute of their 3-0 Champions League win against Roma. He also appeared in Spain’s two Nations League victories earlier this month.

“Isco suffered discomfort in his stomach and it seems it’s appendicitis and he will have an operation,” Lopetegui had said at a news conference on Tuesday. “We hope everything goes well and he has a speedy recovery.”

Lopetegui said he did not have a chance to speak to Isco before he went to hospital on Tuesday.

The Madrid boss also weighed in on the use of VAR in La Liga on Tuesday after a weekend in which a number of controversial decisions were given in Spain’s top flight.

Barcelona were furious after defender Clement Lenglet was shown a straight red card for an elbow in their 2-2 draw with Girona and a number of players and coach Ernesto Valverde were highly critical of the system. Valencia’s Dani Parejo was also dismissed for an innocuous looking challenge.

But Lopetegui, who benefited from VAR showing Marco Asensio was onside after initially seeing the goal disallowed for his side’s winner against Espanyol, believes it will more often than not help referees.

“I’m not going to talk about what others have said on it,” he said. “It’s obvious that VAR helps a referee see a doubtful decision much clearer.

“Ok, of course it won’t be the panacea for everything because perfection does not exist, but for me it’s a system that helps improve on what he previously had.”

Madrid will travel to Russia to face CSKA Moscow in the Champions League on Oct. 2 and will then face Alaves away on Oct. 6.

Defender Dani Carvajal also missed training and will not feature against Sevilla, though Lopetegui did not know if he would be able to return to face Atletico.

“We’ll see,” Lopetegui said. “He had an overload that didn’t improve like we hoped and we have to wait. For this game [against Sevilla], he is out.”

Meanwhile, Lopetegui said that individual awards are not something that interest him after midfielder Luka Modric won FIFA’s The Best award on Monday.

“Individual awards don’t motivate me all that much,” Lopetegui said. “If there are awards, I prefer that my players win them, but I don’t have much of an opinion on them.”