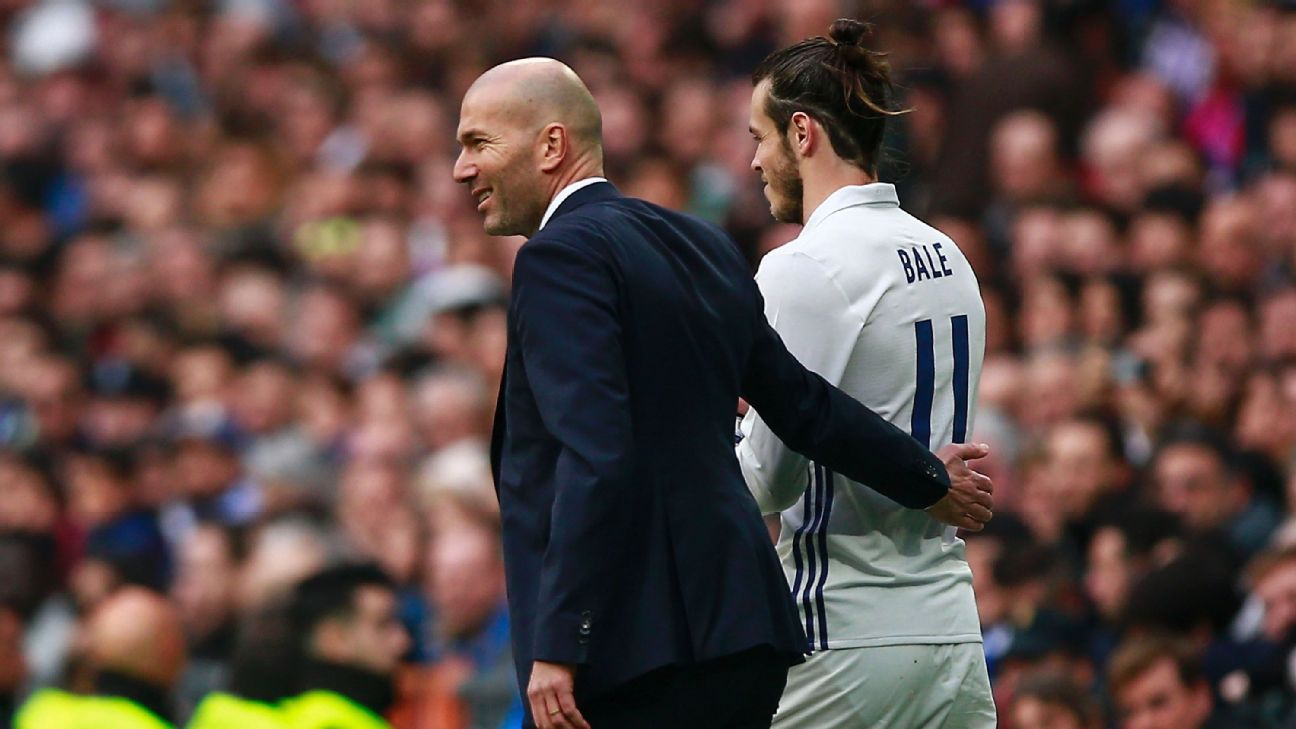 
Real Madrid star Gareth Bale said he knows he must keep evolving as a player, with the Wales international having played predominantly as a central striker under Zinedine Zidane so far this season.

Bale had been a left-back when starting his career at Southampton but was moved to the left wing at Tottenham and has played primarily on the right wing in a 4-3-3 shape since joining Madrid four years ago.

However, Zidane has mostly opted for a 4-4-2 formation in recent months, particularly since Isco has earned a key playmaking presence in the team. Bale has struggled to find a place in the current system, looking uncomfortable as a centre forward and missing a number of chances when he came off the bench to replace injured No. 9 Karim Benzema in Saturday’s 1-1 La Liga draw at home to Levante.

Speaking to the Daily Mail, the 28-year-old said that throughout his career he had changed his approach, and suggested there was more prestige to playing in attack.

“I’m a different player, of course I am,” Bale said. “I’ve had to change. When you’re a young player who arrives on the scene and starts doing well, people figure you out. You have to find other ways to get past the opposition.

“It’s been a long and eventful journey from coming in as a left-back to pretty much playing out on the right wing or at least up front. It’s been a big transition. It feels like I got on the football ladder and kept climbing.”

Bale’s place in the pecking order has also become less certain lately, especially since the emergence of Marco Asensio in attack, but he said he is benefiting from the rotation policy under Zidane.

“Everyone that has come in has done really well,” Bale said. “The manager has brought in [the rotation] and we have all bought into it. Sometimes you reach the end of the season and you are feeling the effects of playing 50 games, [so] having those few matches off does make a massive difference. It showed last season when we won [both] La Liga and the Champions League for the first time in so many years.”

After being heavily linked with Manchester United last summer, Bale said he was not tempted to follow in the footsteps of Neymar, who left Barcelona — where he was considered to be in Lionel Messi’s shadow — to become the main man at Paris Saint-Germain.

“There’s an argument for [doing] that, but I think the main thing, when you look back on your career, is that you look at your trophies,” he said. “In the end that’s probably the most important thing. I want to do well for myself, but I also want to try to help the team and win trophies. Just try to enjoy myself I think. That’s the main thing.”

Madrid have been drawn against Bale’s former side Tottenham in this season’s Champions League, with back-to-back Group H meetings looming at the Bernabeu on Oct. 17 and Wembley on Nov. 1.

He endured a tough start to life at Spurs and, while he ended his spell there as the team’s leading star, he expressed some frustration that a talented side had not won more trophies during their time together.

“I have a lot of great memories from my time there, some not so great as well, but it was a big part of my journey,” he said. “I love the club and still keep in touch with a lot of people there. I really enjoyed big European nights at White Hart Lane.

“It was a shame we didn’t win as many trophies as I would have liked. I’ve spoken to Luka [Modric] about this. We were there or thereabouts to win the league and we kind of just dipped at the end. When you look at the team we had at the time, we feel that we should have won something.”