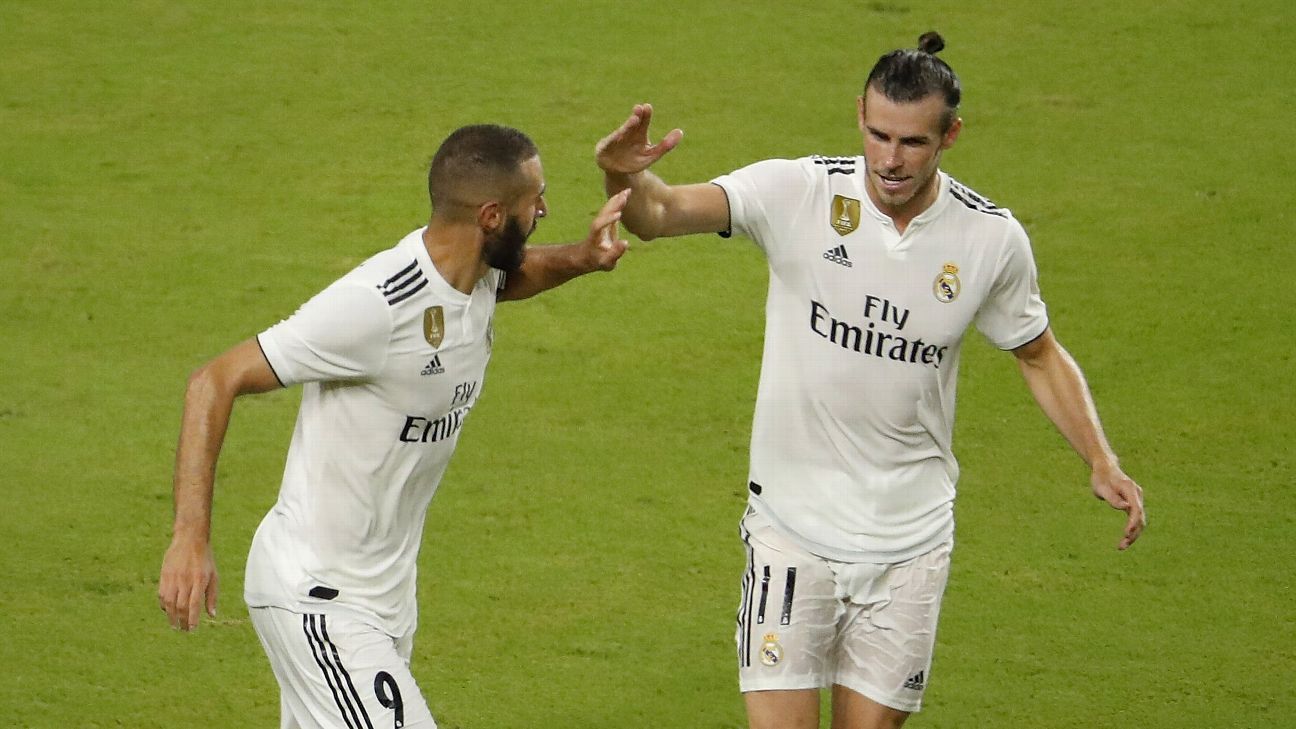 
Julen Lopetegui said Karim Benzema and Gareth Bale have been raring to go in Real Madrid training since they arrived for preseason and that their desire to work is fantastic.

Bale has scored in all three of their La Liga games so far, while Benzema has netted doubles in consecutive games. There had been concern over who would replace Cristiano Ronaldo following his move to Juventus, but Lopetegui insists the entire team is now carrying the responsibility.

“I haven’t changed anybody,” Lopetegui said when asked if who has picked up the baton from Ronaldo. “They were, are and will continue to be excellent players. Their desire to work has been fantastic and they’re training like little kids.”

He would not, however, wade in on whether he felt the club had improved or weakened following the Portuguese forward’s departure

“We are a great team,” he said. “Without any doubt whatsoever.”

Meanwhile, Dani Ceballos, whose extra game time under Lopetegui has seen him earn a first Spain call-up, is unable to explain his lack of playing time under Zinedine Zidane last season.

“That has to be explained by Zidane,” he replied when asked about his lack of game time. “It is because I wasn’t given opportunities.

“I worked hard, I tried to make it difficult but it got to the point where you see it as impossible. I scored two goals in Vitoria [against Alaves] and the next game against [Borussia]  Dortmund, I played one minute.

“When the weeks pass and you don’t feel important, it’s more difficult. There came a moment when I gave the season up as lost, we were 15 points behind in the league and we just had the Champions League left but I wasn’t inside the dynamic.”