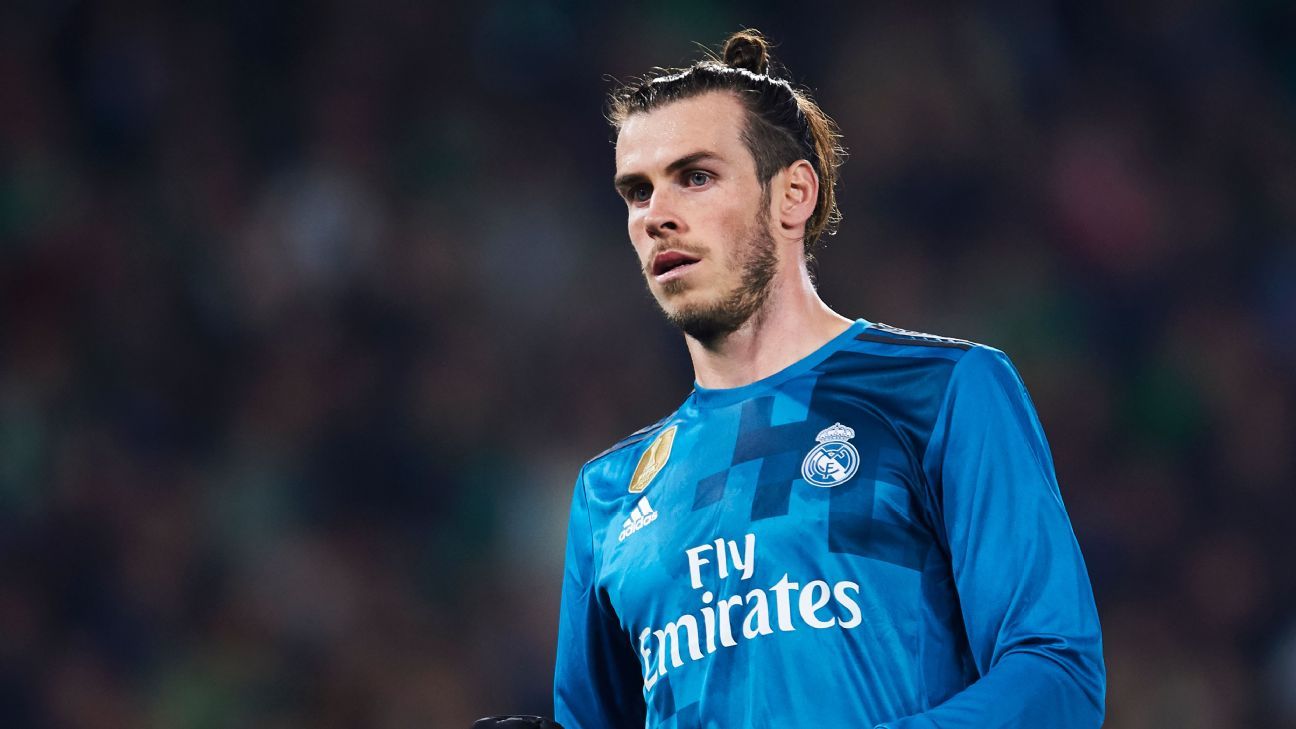 
Real Madrid forward Gareth Bale has told Bild it is an “honour” to be linked with a move to Bayern Munich ahead of facing them in the Champions League semifinal first leg on Wednesday.

At the news conference ahead of Wednesday’s game, Zidane did not mention Bale by name, although when talking of ex-Madrid star James Rodriguez, he did predict that other players might leave the Bernabeu this summer due to a lack of playing time.

However on the morning of the match Bale said that he would consider an offer to join Bayern’s “fantastic squad” although “as of now” he was a Madrid player.

“You can never rule out anything in football,” Bale said. “Currently, I play football at Real Madrid and I enjoy that. Bayern have a fantastic squad and already in the past they have always been one of the most successful clubs in Europe. It’s an honour for everyone to be linked with this club. But as of now I am a Real Madrid player.”

First injury and then Zidane’s selection policy have limited Bale to just 249 minutes in total across Madrid’s 10 Champions League games so far. However he has netted 11 times in 22 La Liga appearances, a record he suggests means he deserves more playing time.

“I think that an average of a goal every second match is not bad at all,” Bale said. “Still, there is always potential to develop further. This also applies to me. To be honest, I always want more. More games and more goals.”

Bayern striker Robert Lewandowski has often been linked with a move to Madrid, and Bale said the Poland international had the quality to be a success at the Bernabeu.

“[Lewandowski] certainly has what it takes for Real,” he said. “He’s one of the best strikers in the world, who has proved a recipe for goals both at Bayern and his national team.”

Bale’s interview was organised to mark the opening of an office by his agents Stellar in Munich. The former Tottenham man was the world’s most expensive player when he joined Madrid for €101 million in 2013, but that record has been overtaken several times since and he believes a time will come when a football moves for €500m.

“I think that’s possible, yes,” he said. “Who’d have thought 10 years ago that a player would move for €222m one day? The answer would have been: ‘No chance!’ I am convinced that prices will go up even more in the future. That’s the law of the market — if you look at what happened in the past couple of years. And thus, I believe that one day fees in that region will be paid one day.”

Bale said he and his Madrid teammates were already thinking about equalling the five consecutive European Cups won by Alfredo Di Stefano in the legendary 1950s side.

“We are convinced we can make it three in a row this season,” he said. “And if we achieve that, why shouldn’t five in a row be possible [like between 1956 and 1960]. Our mentality is that we are convinced every year that we can win the Champions League. That might be the key to our success.

“We just don’t think about not triumphing at the end. This mentality can be our decisive advantage. We are not used to crashing out of Champions League and go into every match convinced that we will leave the pitch as winners. It has been like that in the past four years and we don’t doubt for a second that it might be different this season.”