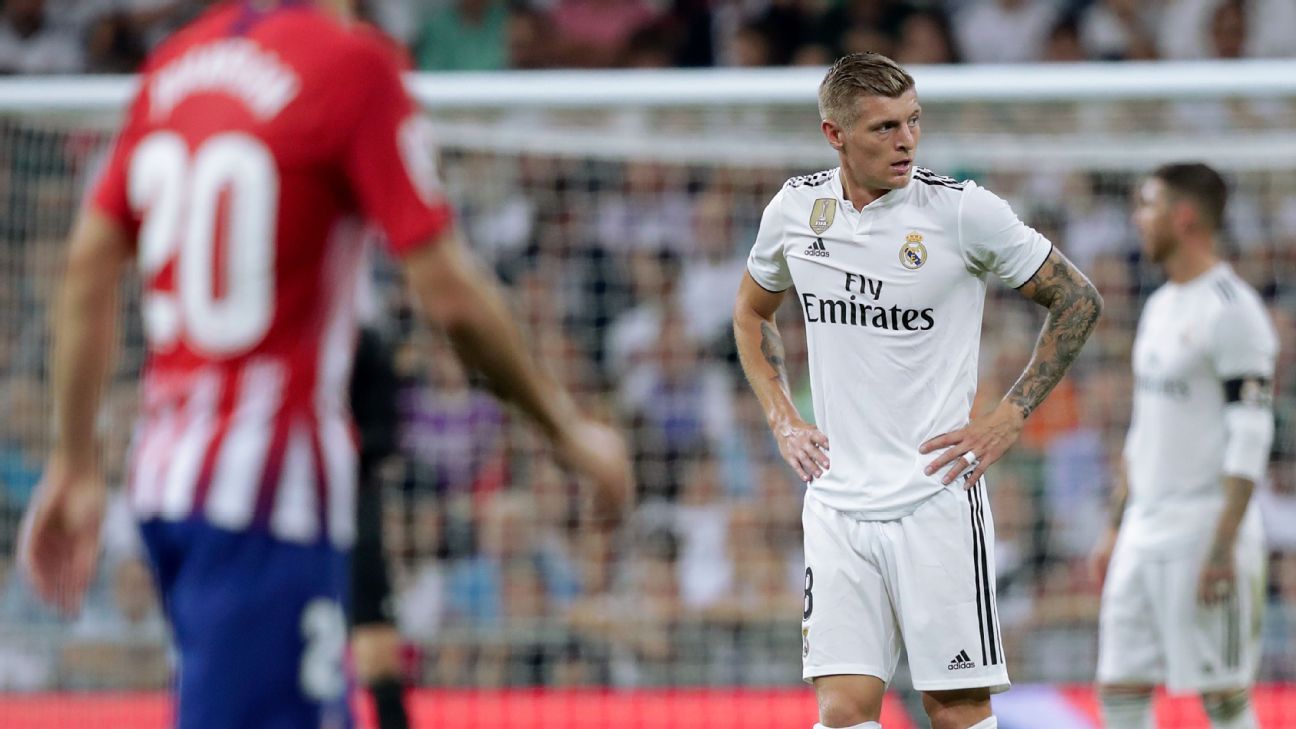 However, just one win in their last four La Liga matches, which included a 3-0 reverse at Sevilla and 0-0 draw at home to Atletico Madrid, has brought new pressure early in Lopetegui’s first season in charge.

Asked at Monday’s news conference ahead of training at the Luzhniki Stadium if the mood in his camp needed lifting, the former Spain national coach admitted to “difficulties” but predicted his team would react in a positive way to hearing the Champions League anthem played again.

“Our emotional and psychological state is fantastic,” Lopetegui said. “We are excited and motivated about another game in this competition. Once the Champions League music sounds, the motivation of my team is maximum.

“We played a great game against Roma, were not good in the first half at Sevilla, but against Atletico we were superior to a very good side. We will aim for another great game tomorrow, with the difficulties we have, but also the resources we have. I am sure we can achieve our objective.”

Those difficulties alluded to by Lopetegui include Gareth Bale missing the game due to a reported muscle issue picked up against Atletico, while playmaker Isco [appendicitis] and left-back Marcelo [calf muscle] are also currently sidelined.

Despite this injury list, Los Blancos club captain Sergio Ramos has been rested for the trip to Russia, Lopetegui confirmed, which means one of either centre-back Jesus Vallejo or left-back Sergio Reguilon, both 21, will be required to start the game at the Luzhniki Stadium.

“The difficulties we might face [with injuries] we will resolve with the resources we have,” Lopetegui said. “[Ramos] has not come as he has played more minutes than anyone. We felt it better that he did not come for this game, his hamstrings will appreciate it. There is nothing to it, the same as with any other player, happened with Toni [Kroos], too, recently. “

CSKA came from two goals down to draw 2-2 in their group C opener at Viktoria Plzen, and Lopetegui warned that Viktor Goncharenko’s side would give Madrid a big test.

“The game will be very demanding, against a great team, one of the best in Russia,” he said. “They are in very good form, having got their best players back from injury. They could easily have beaten Plzen very well. They can play different systems, and have top-quality players.”

Told that Goncharenko had said at his pre-game news conference that now was a good time to play against Madrid, Lopetegui replied with a wink: “He will be very happy to welcome us, so we will see tomorrow.”