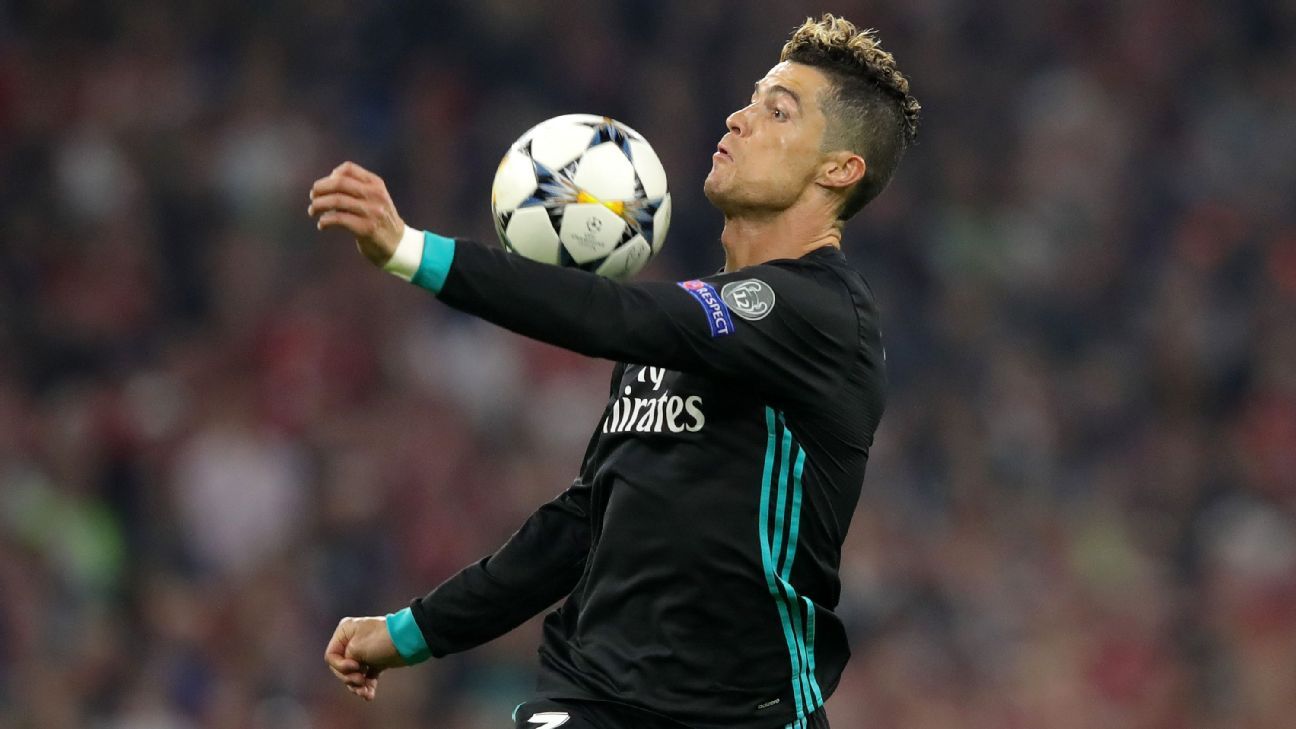 
Cristiano Ronaldo has made more Champions League appearances than any outfield player after helping Real Madrid to reach the final on Tuesday night.

Ronaldo made his 152nd appearance as Real drew 2-2 with Bayern Munich at the Bernabeu to progress to the Kiev showpiece 4-3 on aggregate.

It means he surpasses the record set by Barcelona legend Xavi Hernandez and puts him second in the all-time appearance list.

Former Madrid keeper Iker Casillas is the all-time top Champions League appearance-maker with 167 to his name.

This season’s tournament has seen Ronaldo, the all-time leading scorer in the competition with 120 goals, become the first player to score in 11 successive Champions League games.

He has scored 15 Champions League goals this season, meaning he has the three best goal scoring seasons in the Champions League, having struck 17 times in 2013-14 and 16 in 2015-16.