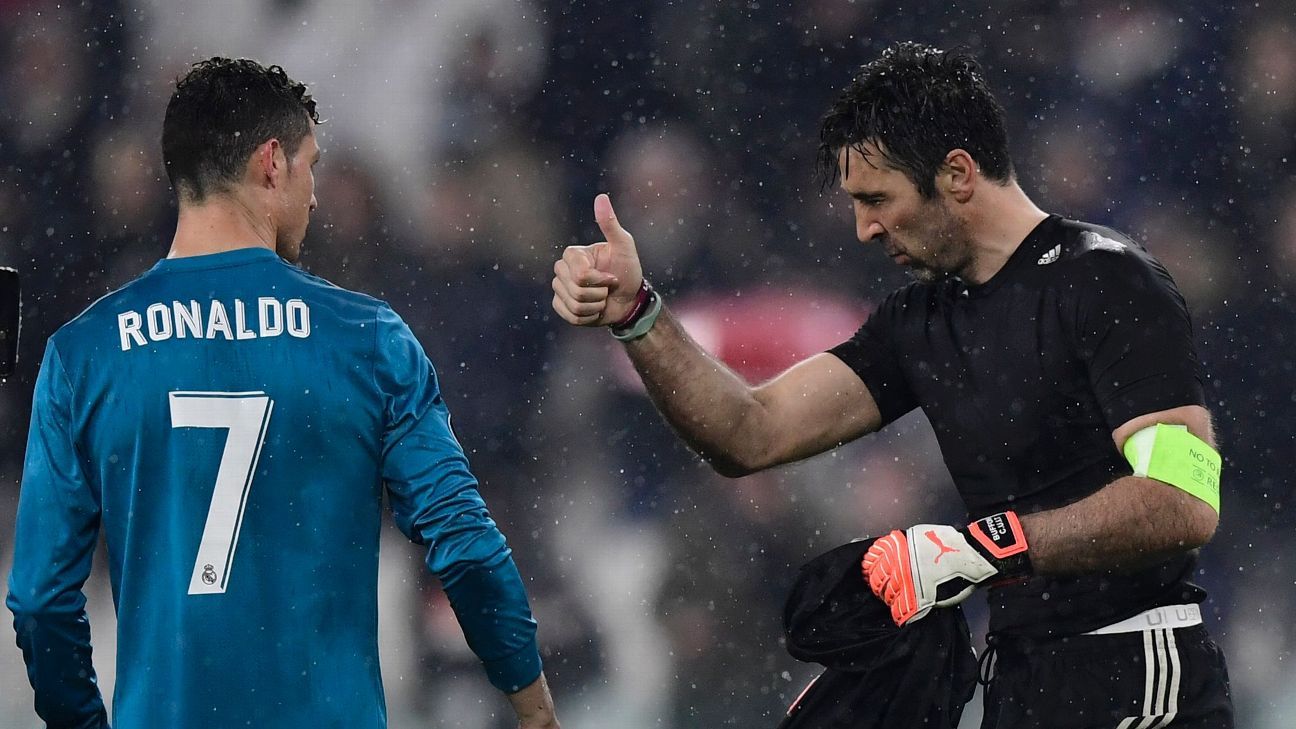 
Juventus goalkeeper Gianluigi Buffon has hailed Real Madrid’s Cristiano Ronaldo as the “most decisive” player in his position ahead of the Champions League quarterfinal second leg at the Bernabeu on Wednesday.

Ronaldo scored twice, one of them a stunning overhead kick, as Madrid won the first leg 3-0 in Turin.

It meant the Portugal captain continued a record-breaking run that has seen him score in all nine Champions League games this season, netting a total of 14 goals.

Speaking at the news conference, Buffon said Ronaldo was a constant threat.

“I don’t know if he is the most complete player, as in these years I have faced great players,” Buffon said.

“But at the moment, for the position he plays, he is the most decisive, I’ve no doubt. He is impressive. He is consistent and always scores goals.”

Buffon was also asked about Madrid goalkeeper Keylor Navas amid speculation that the club are keen to replace him with Manchester United’s David De Gea.

Navas has made excellent saves in recent games, including a point-blank stop from Juve’s Gonzalo Higuain with the first leg score at 1-0, and Buffon said: “He is showing in these two or three years that he is saving Madrid with outstanding interventions.

“He has a lot of psychological strength. He remains first choice in a very, very good group. You can see his teammates have a lot of confidence in him.”

If Juve are eliminated on Wednesday it could be Buffon’s last game in the Champions League, with the 40-year-old potentially ending his playing career at the end of the season.