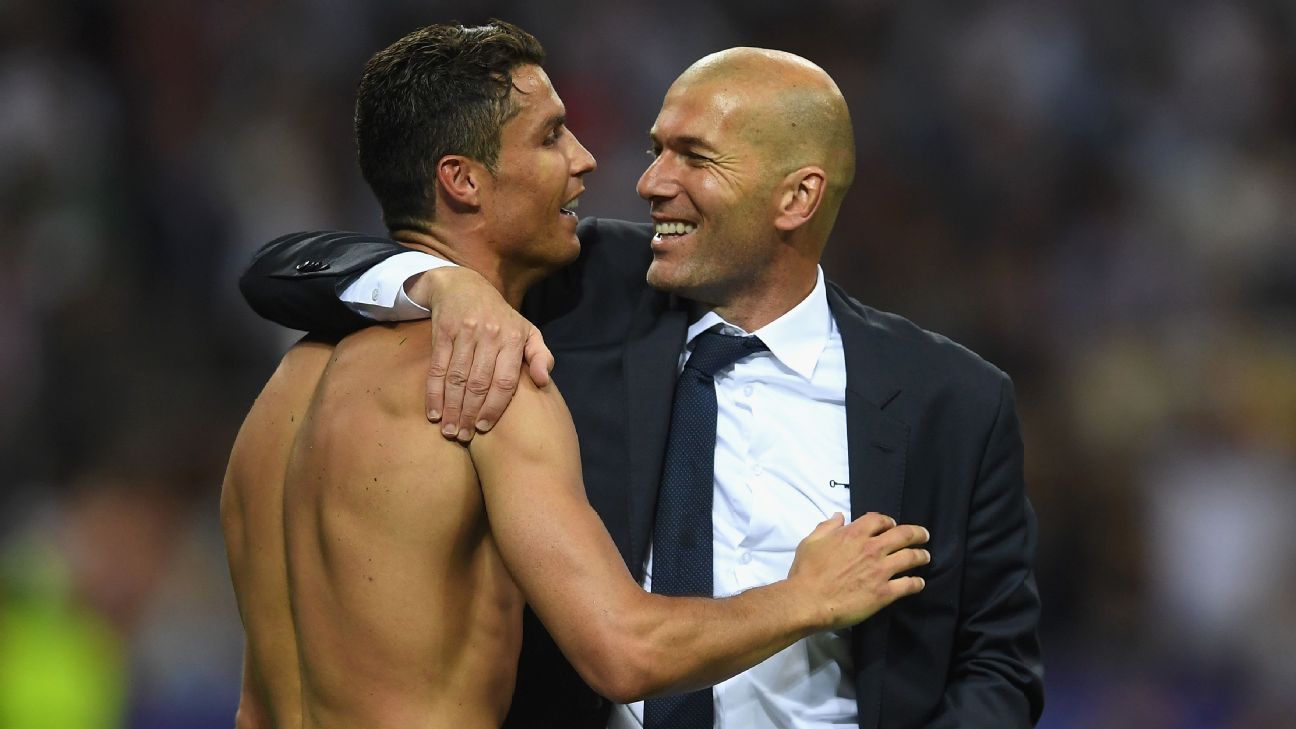 Ronaldo only returned to training two days ago after he was given an extended break following his Confederations Cup exertions with Portugal.

The 32-year-old, who has been linked with a move away from the Bernabeu as he battles allegations of tax fraud in Spain, has travelled to Macedonia with the rest of the squad and Zidane admitted he could start against his former club at the Philip II Arena in Skopje on Tuesday.

He said: “He’s relaxed and what impresses me the most is that he’s as fit as the day of the final two months ago.

“What interests me in the long run is that he’s fit.

“As to the rest, there’s not much we can do about it. The fact he’s with us means a lot. If he’s with us it’s because he’s ready to play.

“We’ll see whether he plays or not but the important thing is he’s with us.”

Real Madrid have only just returned from their tour of the United States after playing the MLS All-Stars in Chicago on Aug. 2.

Zidane, though, insists his team is ready to face Jose Mourinho’s United.

He added: “I think the team is feeling well. We’re eager to start the season. This is the first official match and we’re hoping to start as soon as possible.

“We’ve been working and resting very well. Now is when everything starts.

“We are going to prepare the same way, our way, as always. We know a lot about our rivals. What concerns us is what we are going to do.”

Had things been different, Real Madrid captain Sergio Ramos could have been lining up for United against the Champions League winners in Skopje.

The Spaniard was heavily linked with a move to Old Trafford in 2015 as Real Madrid chased goalkeeper David De Gea.

However, United’s interest was ended when Ramos signed a new long-term contract at the Bernabeu which is set to keep him at the club until at least 2020.

He said: “There was an opportunity in the past. It resolved itself in a different way. I’m grateful to United for the interest. It’s a great club and I wish them all the best.”