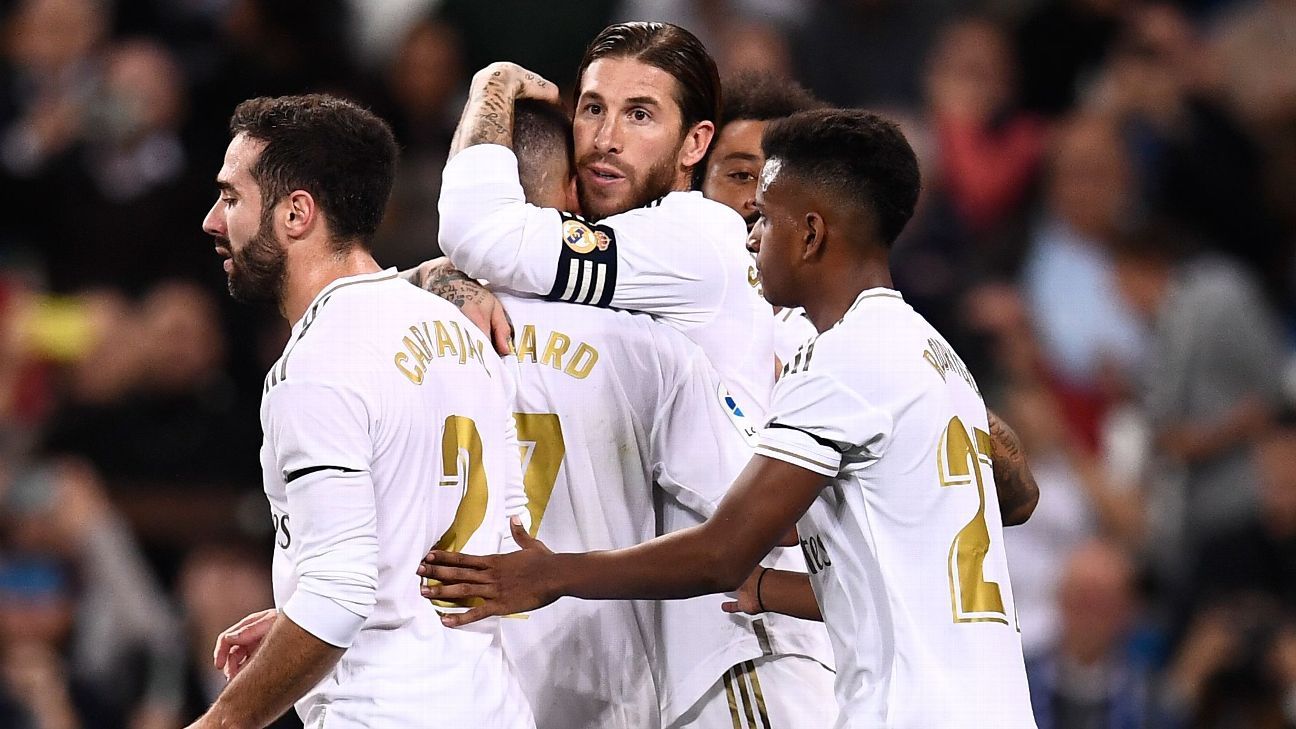 
Real Madrid moved within a point of Barcelona at the top of La Liga as they coasted to a 5-0 win at home to basement club Leganes in a game which saw captain Sergio Ramos score for the 16th consecutive league season in a row.

The defender became only the second player after Barcelona’s Lionel Messi to score in 16 consecutive Spanish league campaigns when he slotted home from the penalty spot at the second time of asking for Real’s third goal in the 24th minute.

Ramos had initially seen his shot saved but was given a second attempt as a VAR review ruled that Leganes goalkeeper Juan Soriano had strayed off the goalline before diving to parry the ball away.

Real had made a flying start to the game, taking the lead in the seventh minute through 18-year-old Rodrygo Goes and doubling it 60 seconds later through Toni Kroos.

Madrid were awarded a second penalty in the second half but Ramos handed the ball to Karim Benzema and the Frenchman made no mistake, while Serbian Luka Jovic scored his first goal for the club to complete the thrashing with a header in added time.

Zinedine Zidane‘s side are second in the standings on 21 points, one behind leaders Barcelona who have also played 10 games after the ‘Clasico’ between the two rivals was postponed until December. Leganes are bottom with five points.