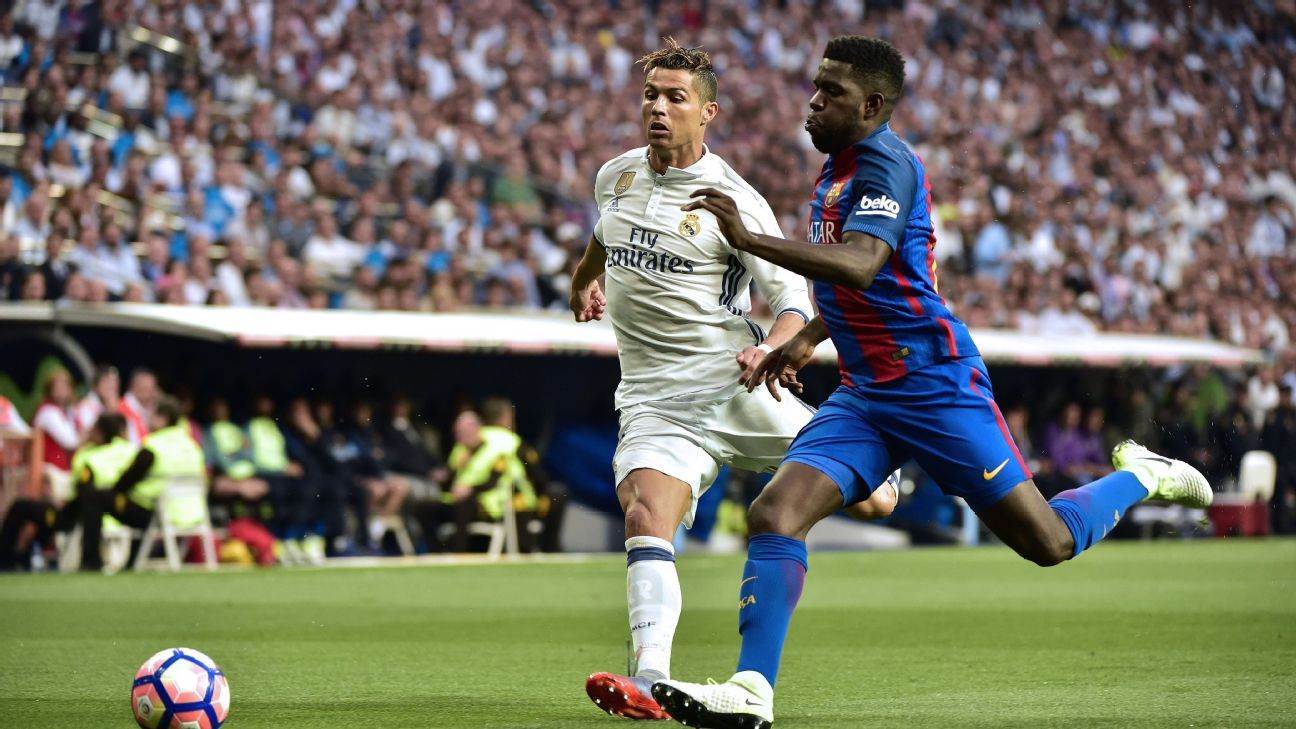 
La Liga president Javier Tebas has announced that the first league Clasico of the season will be played on Saturday, Dec. 23, at 1 p.m. CET with Real Madrid hosting Barcelona.

The top game of the 17th round of La Liga fixtures was originally scheduled for Wednesday, Dec. 20.

However, Madrid, as reigning Champions League winners, will take part the previous week in the FIFA Club World Cup, which is to be staged in the United Arab Emirates.

“It [Madrid vs. Barca] will be played on Saturday, Dec. 23 at 1 p.m.,” Tebas told Onda Cero. “We have recently notified the national and international TV operators of this so that they know because that week what we are going to do in La Liga is have games on Tuesday, Wednesday, Thursday, Friday and Saturday [Dec. 19-23].

“On Saturday, we will have three games. We want to make it a very special week of football because of the Christmas holiday. We are working hard to make it special.”

When asked why certain league games this season will be played at 1 p.m. local time, including the Clasico on Dec. 23, Tebas said: “There are many Spanish soccer fans in the world. And in Singapore and Australia that is a good time for them to watch football.

“We have 30 percent more TV audience internationally and we have seen an increase in stadium attendance by almost two million people in the past three years. We have to respect all the fans.”

The last La Liga Clasico in April, which Barcelona won 3-2 at the Bernabeu, was aired in 185 countries and reached 650 million TV viewers worldwide.

This summer’s International Champions Cup preseason tournament in the United States, which included a Clasico, gave an indication of the strong interest overseas in hosting games involving leading Spanish clubs.

Madrid were without Cristiano Ronaldo and lost to Barcelona 3-2 on July 30 in a game that was sold out, with 66,000 people in attendance at the Hard Rock Stadium in Miami.

Madrid came out on top last month when they won 5-1 on aggregate over Barcelona to lift the Spanish Super Cup.

Barca, runners-up to Madrid in La Liga last season, take on Zinedine Zidane’s side at the Camp Nou in a round 36 match currently scheduled for May 6, 2018.