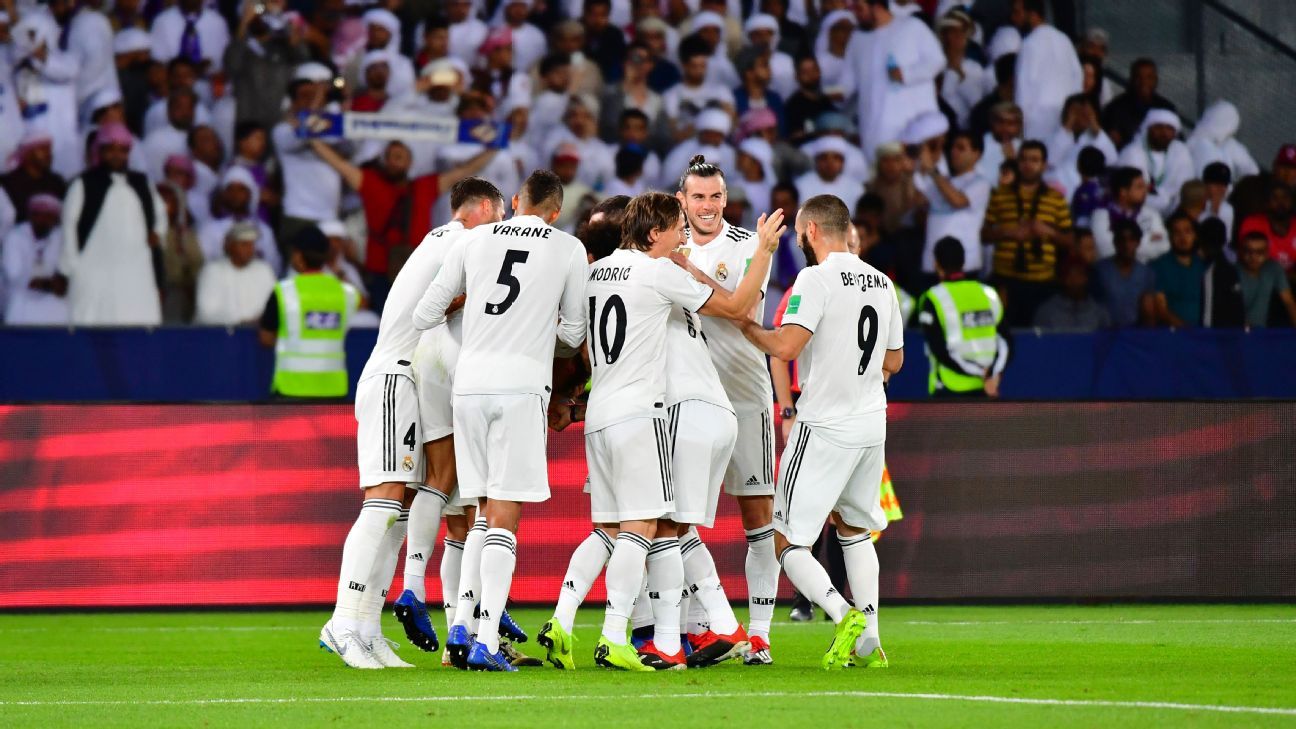 
Real Madrid lifted the FIFA Club World Cup for a record fourth time on Saturday after thrashing local side Al Ain 4-1 in the final in Abu Dhabi with the help of impressive distance strikes in either half from midfielders Luka Modric and Marcos Llorente.

Recently crowned Ballon d’Or winner Modric took one touch before thumping the ball into the bottom corner from outside the box to break the deadlock in the 14th minute after Al Ain had missed two early chances to take a shock lead.

Madrid’s homegrown midfielder Marcos Llorente doubled the European champions lead on the hour mark with a superbly struck volley from outside the area.

Real captain Sergio Ramos grabbed his side’s third goal with a powerful header from a corner before Al Ain, who shocked South American champions River Plate in the semifinals, got a late consolation goal through Japanese defender Tsukasa Shiotani.

Madrid substitute Vinicius Jr. burst through in stoppage time and fired in a shot that defender Yahia Nader diverted into his own net.

Real have won the past three editions of the tournament, also lifting the trophy in 2014, and moved ahead of Barcelona as the team to have won it the most times.