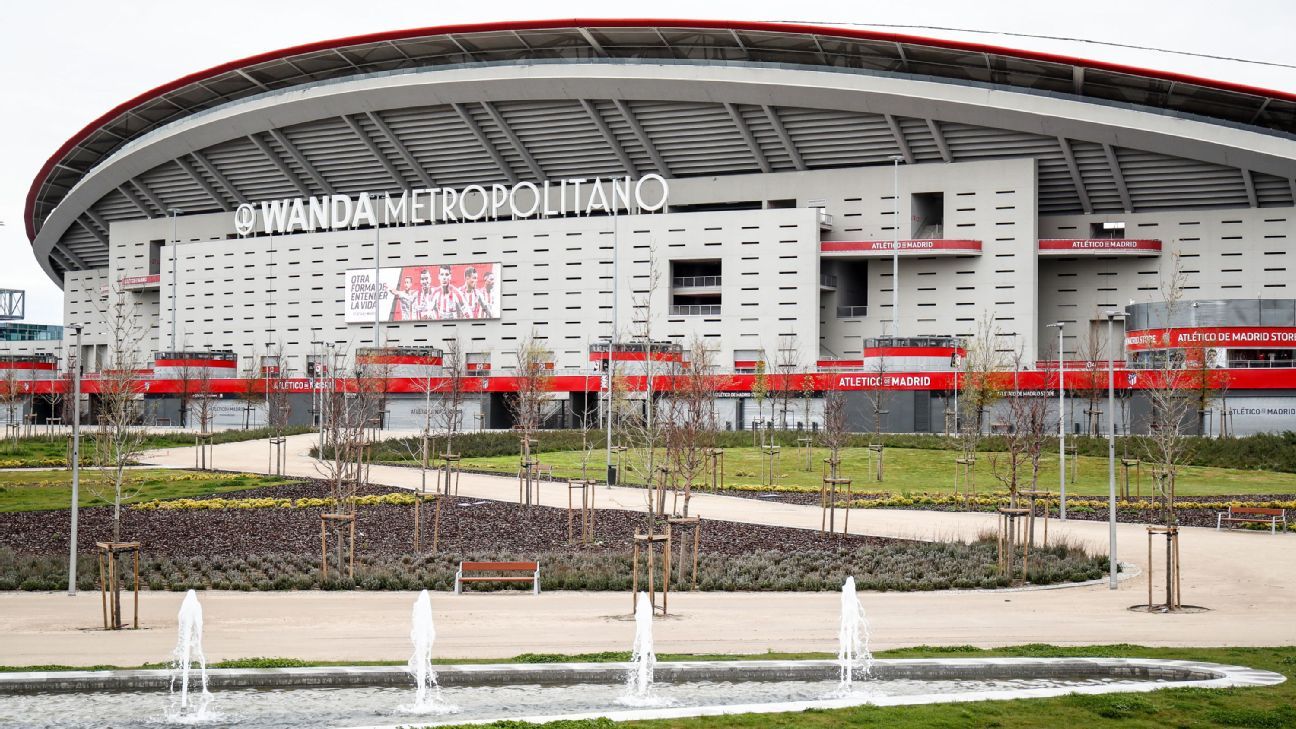 
Real Madrid will turn down an offer from Atletico Madrid president Enrique Cerezo to play their remaining home fixtures in La Liga this season at the Wanda Metropolitano, sources have told ESPN.

Madrid plan to use the Alfredo Di Stefano stadium at the club’s Valdebebas training base to host their final six home games due to ongoing construction work at the Bernabeu.

However, following the suggestion fans could be allowed back into stadiums before the end of the campaign, Cerezo has offered them the chance to play at Atletico’s home.

In 2017, Atletico moved from the centrally located Estadio Vicente Calderon to the Wanda on the outskirts of the city. Despite big signings over the past seasons, Atletico boss Diego Simeone has maintained they remain the “people’s club” compared to their wealthy city rivals.

“We would lend Madrid use of the Wanda — no one should have any doubts about that,” Cerezo said at an event in the Spanish capital on Wednesday.

“If, in the final stages of the season, we’re able to play with fans, we’re at Madrid’s disposal if they want to play at our stadium.”

Speaking at the same event, the mayor of Madrid, Jose Luis Martinez-Almeida, pointed out that it would not be the first time the two sides have made use of each other’s grounds.

“In the first game of Atleti’s double-winning season [1995-96], they beat Celta Vigo 2-0 at the Bernabeu because there was work being done on the Vicente Calderon,” he said.

“I also remember Madrid beating Rayo 5-3 at the Calderon. If the club don’t have any problems with it, the fans won’t, either.”

However, Madrid club sources have told ESPN the club will not contemplate Atletico’s offer, although they appreciated the gesture and reiterated there is a healthy relationship between the two teams despite their status as rivals.

Madrid were happy to change from the Bernabeu to the Di Stefano under the premise that it would not further affect season ticket holders, with the remaining 110 games in Spain’s top-flight set to be played behind closed doors.

Since then, the option of supporters being allowed back into stadiums before the end of the season has resurfaced. Spain’s Higher Sports Council (CSD) could in theory open grounds at 30% capacity from June 21, when the state of emergency in the country is lifted, if the government concur with their decision.

For Madrid, that would mean around 2,000 fans would be able to attend games at the Di Stefano in comparison to more than 25,000 at the 81,000-seater Bernabeu.

Zinedine Zidane’s side return to action with back-to-back games at the Di Stefano — which the players have spent recent weeks familiarising themselves with — when La Liga resumes this week. They host Eibar on Sunday and Valencia next Thursday. They also have to play Mallorca, Getafe, Alaves and Villarreal at home.

With 11 games remaining in total, they are second in the table, two points behind leaders Barcelona, who travel to Mallorca on Saturday.