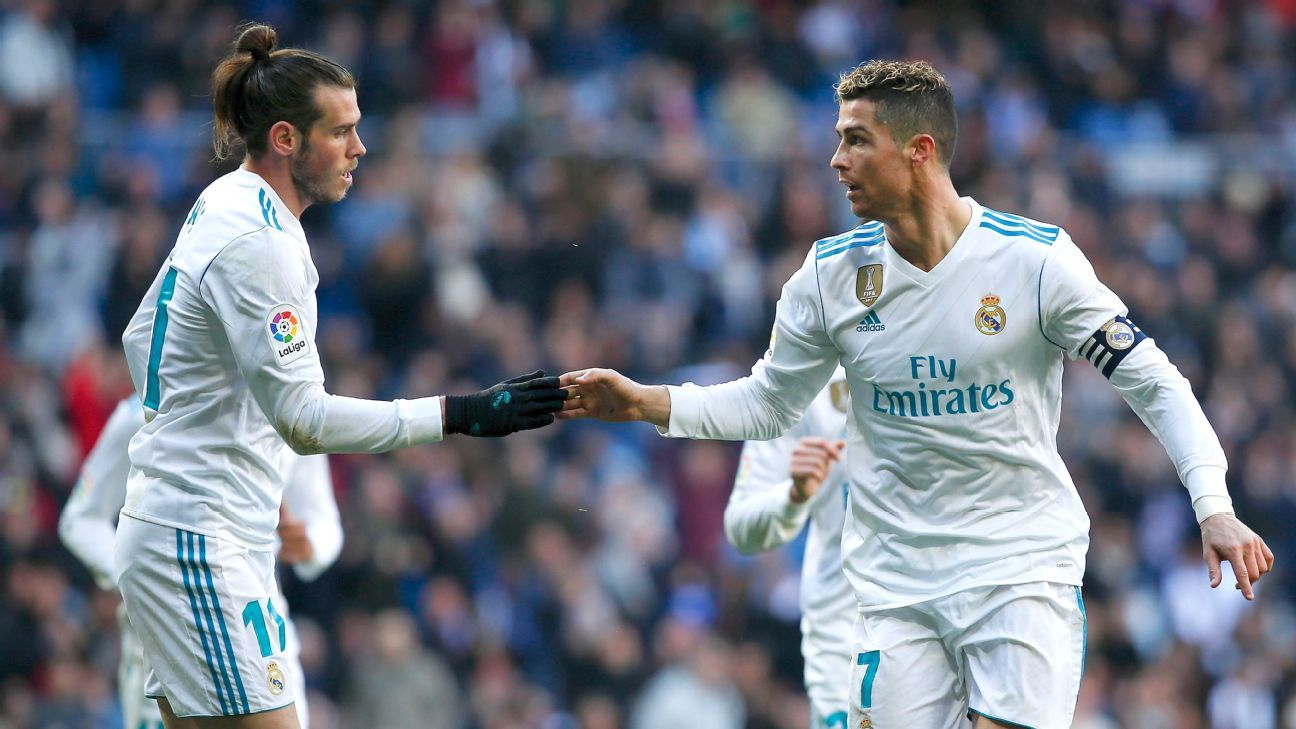 
Real Madrid are unbeaten in their last six La Liga games and have won five of them, scoring 27 goals in the process as they continue to propel themselves up the table even if catching Barcelona seems beyond improbable. The Champions League game against Paris Saint-Germain looks to have transformed Real Madrid’s confidence and they are chugging along nicely, beating Alaves 4-0 on Saturday as players fight for a starting XI spot in that second leg in Paris.

The emergence of Marco Asensio, Lucas Vazquez and Mateo Kovacic has added competition to the team, which many have responded to, and while they are currently missing a number of starters, they never looked in trouble of dropping points against an improving Alaves side at the Bernabeu on Saturday afternoon.

Karim Benzema, Cristiano Ronaldo and Gareth Bale all got on the scoresheet in a rare start for the “BBC” and Benzema added two assists while Bale won the penalty for Benzema to slot home. In the absence of three very important players (Toni Kroos, Luka Madrid and Marcelo), Real Madrid continue to get wins with various line-ups and in different ways. Kovacic and Vazquez added a much-needed burst of work-rate and functionality to Real’s midfield.

Alaves are in a relegation battle and while they have improved under Abelardo, Real looked nervous at times in the first half before Ronaldo opened the scoring. There were a few moments when the home side looked suspect on the counter and it was far too close for comfort. Some of that can be put down to the hosts’ focus on the Champions League but there remains a nagging feeling that this side are winging it at times.

8 — It looked like Zinedine Zidane’s team selection was based more on a duty to some of his players rather than a response to how Alaves were likely to set up and possibly threaten. He shoe-horned Vazquez and Bale into the side, opting to keep Isco and his creativity on the bench. Alaves were always going to be a tough nut to crack but that might have been made easier with the help of their most creative player; however, once that first goal went in at the end of the first half, the dynamic of the game changed and Real Madrid never looked back. Zidane continues to mix and match his starting eleven and with injuries mounting up, he is proving capable of rolling with the punches and adjusting as necessary.

GK Keylor Navas, 8 — A number of important saves in the first half to keep Alaves at bay. He was quick off his line to repel Alaves on another occasion. The Costa Rica international had little to do in the second half but when the game was still there for the taking, he was solid. Navas also made a nice save in the second half to preserve his clean sheet.

DF Dani Carvajal, 6 — Hardly the raiding right-back we’ve grown accustomed to but with Vazquez on the same flank as him and vying for similar spaces, he didn’t need to exert himself going forward as much. The middle was packed and Lucas could not cut inside to allow Carvajal to overlap and he resisted the temptation to join the attack. Not spectacular but dealt with the dangerous Alfonso Pedraza on the counter when called upon.

DF Raphael Varane, 6 — The France defender looked classy on the ball and was tasked with stifling Alaves’ tricky counter-attacks. His speed came in handy on occasion but had little to do defensively and what he was asked to do, he did it with aplomb. Might have done more from set-pieces but his partnership with Nacho worked well and they were solid as a pair.

DF Nacho, 7 — A characteristically sturdy performance from arguably Real Madrid’s most important defender. Slotted in seamlessly in place of captain Sergio Ramos and if anything, Madrid looked even more comfortable at the back with Nacho there. Doesn’t add as much from attacking set-pieces as Ramos but the trade-off is negligible.

DF Theo Hernandez, 5 — A typically inconsistent display from the left-back even if Alaves couldn’t make them pay. There is little doubting his ability and willingness to get up and down the wing but he looked shaky at the back and indecisive at times in attack. He can just as easily drive through the heart of a defence as he can put an end to a dangerous Real Madrid attack.

MF Casemiro, 6 — The Brazil midfielder is becoming increasingly important to Real’s attacking phases but this might be causing somewhat of an identity crisis. He was hardly seen when Alaves were causing problems on the counter even if they were attacking down the wings. Continues to do his job at the base of midfield at an adequate level though.

MF Lucas Vazquez, 6 — Lacks the creativity to justify starting against a team that sits back and soaks up pressure. Relied mostly on scraps and wasn’t involved enough in the majority of Real Madrid’s attacks even if he did grow into the game once Alaves were forced to come out of their shell. Provided good cover for Dani Carvajal but their lack of a connection going forward hurt Los Blancos too.

MF Mateo Kovacic, 5 — Barely involved in the first half as the game didn’t particularly suit him. Alaves sat back and while Kovacic loves running from deep, the space ahead of him was filled with white shirts and didn’t need his presence. That changed when Real Madrid went two ahead but it was just one of those games that passed the midfielder by.

MF Gareth Bale, 9 — He looked jittery at times in the first half but that’s to be expected when his place in the side is as tenuous as it seems to be. He wanted to prove his worth and looked dangerous at times but Alaves were so tightly packed that he found the going tough in the final third. After his goal, he really settled into the game and was excellent from then on. Won a penalty and could have had a couple of assists with crosses from the right on another day.

FW Karim Benzema, 8 — Had one dreadful miss on the break in the first half and was called offside for another, which would have been a worse miss, as he hit the post. Provided a very neat assist for Cristiano Ronaldo’s opener and proved to be a conduit between midfield and attack at times, which is why he starts. He won the ball back and fed Bale for his goal to make it 2-0, which broke the visitors’ will, and then scored the fourth from the spot. Never a prolific scorer, he is becoming even less so but he definitely still adds a lot to this attack.

FW Cristiano Ronaldo, 9 — Took over the captaincy from Sergio Ramos and broke the deadlock at the end of the first half. Slightly detached in the opening exchanges but the goal changed everything and he proved decisive yet again. He has scored 10 in his last six league games and in the early winter of his career, that’s all that matters. He also left the penalty for Benzema, who needed a boost in confidence, despite the fact that he was on a hat-trick. That might have been the most impressive thing he did all day.

Dani Ceballos, NR — Introduced in the 73rd minute in place of Kovacic, Zidane made sure to rectify the embarrassing situation he subjected the midfielder to against Leganes on Wednesday when he brought him on for the last few seconds. He apologised for it in his press conference before the game and gave him his eighth appearance in the league.

Marcos Llorente, NR — Replaced Casemiro with the score at 3-0 and with little doubt of the result. He got himself booked when he lost the ball in a dangerous position but didn’t have enough to do with the game put beyond doubt when he was introduced.