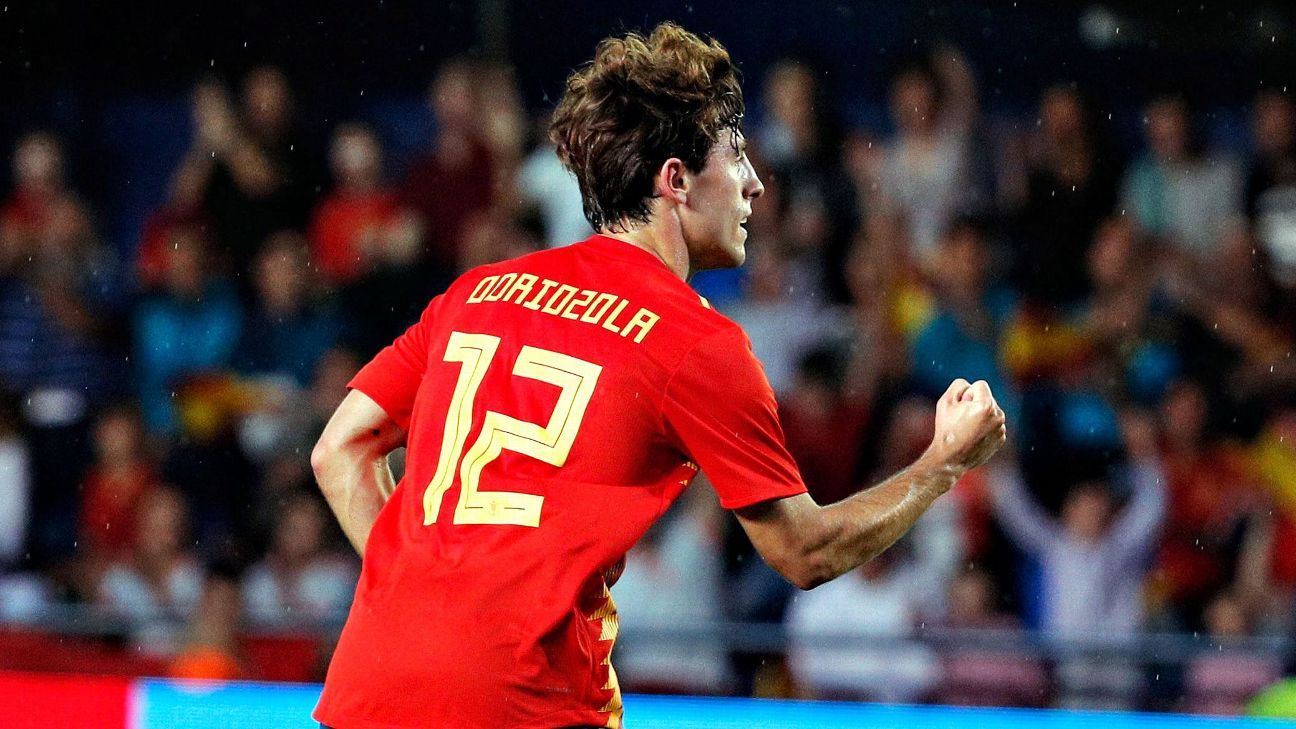 Madrid announced an agreement on their website on Thursday, saying the defender was set to sign a six-year contract pending a medical, then confirmed his signing shortly thereafter.

Odriozola, 22, was named to Spain’s final World Cup squad but never got off the bench as La Roja were eliminated in the round of 16 to Russia. He scored in a pre-tournament friendly draw with Switzerland last month.

Odriozola started 32 games for Sociedad in La Liga last season, after splitting time in 2016-17 between the first team and the reserves. He also appeared in a further six games in the Europa League, scoring against Salzburg in February.

The defender reportedly had a release clause of €40 million, but the clubs did not confirm if Real triggered the buyout or negotiated a smaller deal.

The signing of Odriozola leaves no room at the Bernabeu for Achraf Hakimi, a 19-year-old Morocco international who was a favourite of previous manager Zinedine Zidane.

Recent reports have linked Hakimi with a move to Borussia Dortmund on a two-year loan.