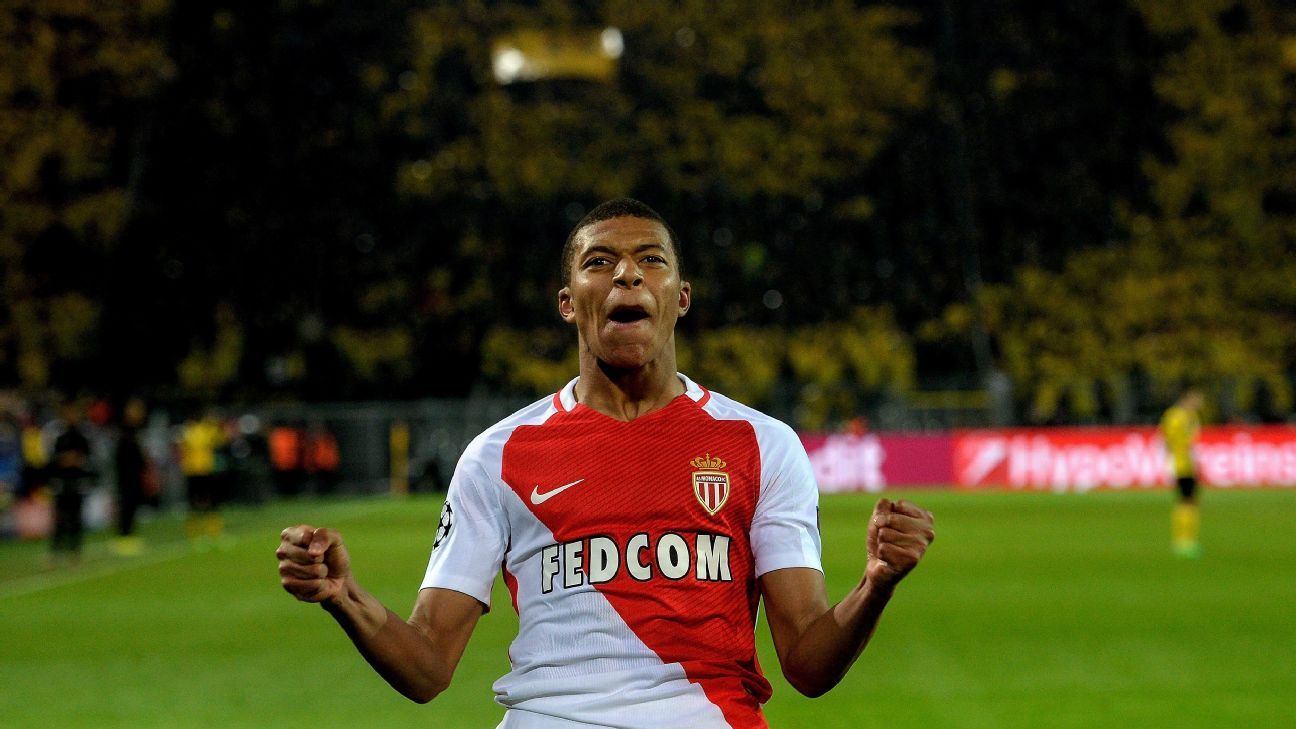 Such is Real Madrid’s fear of missing out on Kylian Mbappe, Marca reports that they will move for the Monaco striker this summer and pay a world-record transfer fee, rather than wait a year until he enters the final year of his contract.

The Spanish publication writes that Madrid ended up in a similar situation with Gabriel Jesus, who joined Manchester City in January, and will bring in Mbappe to compete with Cristiano Ronaldo, Gareth Bale and Karim Benzema, with James Rodriguez and Alvaro Morata making way.

Similarly, Monaco, who value Mbappe at €130 million, favour selling this summer while they can still command a large fee, rather than in a year’s time. Meanwhile, any doubts the France international had about a move to the European champions have been put to bed by the offer of a €6-7m annual salary and a six-year contract.

Unsurprisingly, much of the focus in Friday’s newspapers is on Romelu Lukaku‘s proposed move to Manchester United, and the Mirror reckons Paul Pogba played a key role in convincing his close friend to join him at Old Trafford next season.

The report, which says Everton striker Lukaku will earn around £200,000 a week when he moves to United on a four-year contract, also claims Chelsea and Real Madrid will both miss out as a result of the deal. Chelsea because they were confident of re-signing Lukaku and Madrid because they believed they could sell Morata to the Red Devils for more than £75m.

The Telegraph writes that although Chelsea will continue to try to sign Lukaku ahead of United, doing so would require the player to pull out of a move to join up with Jose Mourinho’s squad, which is a risk. The Premier League champions will now have to assess alternatives with Morata, Alexis Sanchez, Andrea Belotti and even Christian Benteke mooted as possible signings.

Barca to open negotiations for Bellerin

Sport claims Arsenal will reluctantly open negotiations with Barcelona over the transfer of Hector Bellerin after the player expressed a desire to leave, but there is major disparity in the respective clubs’ valuation of the right-back.

Although they are reported to be on friendly terms, the Spain international’s sale could be a drawn-out process with Barca planning to lodge a €30m bid and Arsenal hoping to receive closer to €50m.

Bellerin moved to Arsenal from his hometown club as a youth player and, after establishing himself as an important member of Arsene Wenger’s side, signed a contract until 2022 late last year. However, his personal intervention to request a move will be key to his sale.

– Not content with the arrival of John Terry, Aston Villa have made an ambitious bid to sign Joe Hart from Manchester City. The Birmingham Mail claims Villa are waiting to hear back from Hart, but unsurprisingly, they see the chances of them landing the England No. 1 as small ahead of the World Cup next summer.

– Marseille are now leading the pursuit of Arsenal striker Olivier Giroud, the Telegraph reports, and are hopeful of completing a deal worth €28m plus add-ons. Everton, West Ham and Lyon are also keen on the France international, should he move this summer, but they will have to move fast to beat Marseille.

– The London Evening Standard claims Manuel Lanzini will be the latest West Ham player to sign a new long-term contract as the club looks to keep hold of their star names. Pedro Obiang and Angelo Ogbonna have already committed to West Ham until 2022, and once Lanzini has agreed on a deal, a move for a new star striker will be stepped up with Michy Batshuayi and Andre Gray mentioned.