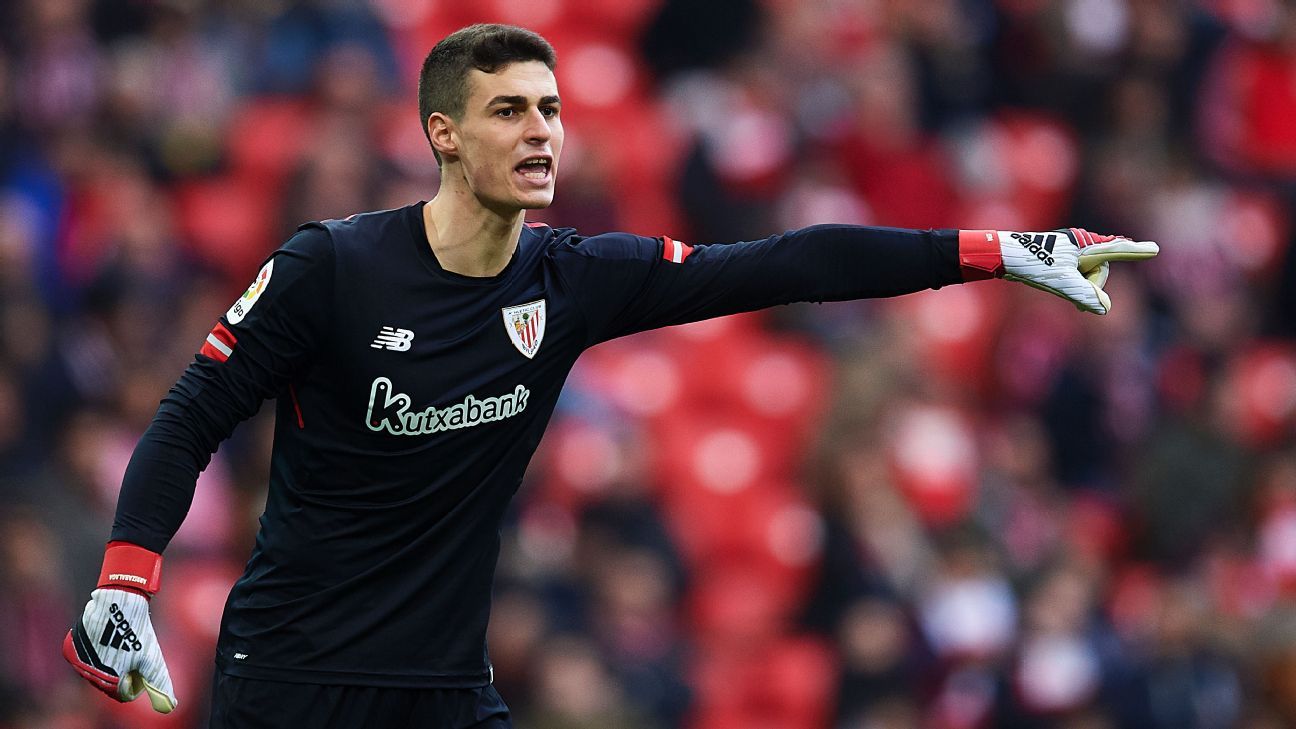 
As auditions go, Kepa Arrizabalaga nailed it. The Athletic Bilbao keeper’s nine saves in the Bernabeu earned his side a point against Real Madrid and he left the pitch having made one of his own, under the twitching eye of Florentino Perez.

Not that the visiting No. 1 had arrived cold to the stage on Wednesday. The Real president tried to sign Kepa in January only for the deal to fall through at the 11th hour, something of a recurring nightmare for Perez after the David de Gea debacle. On this occasion, it was reported that Zinedine Zidane had vetoed the move, exercising the managerial prerogative that has held sway in the Madrid hierarchy since the Frenchman’s appointment.

After the game, the Real boss fielded the inevitable question and responded, “If I made the decision not to bring in a keeper in the middle of the season, then that’s that.”

Whether Perez decides that is indeed what will be seen in the summer. His desire to land the keeper of his choosing has become a personal Waterloo. Keylor Navas has never managed to fully convince Perez of his worth and labours, honourably and efficiently, under the weight of a thousand rumours concerning his successor.

There will certainly be no exile for Perez, the wily construction magnate who will continue to occupy his throne in the Bernabeu palco de honor long after Zidane has departed.

The de facto life president of the club has proved wary of challenging his coach publicly, but the fact remains that what Perez wants, Perez usually gets. And what Perez wants is what Iker Casillas provided him with during his first reign: a Spanish standard-bearer between the sticks.

Kepa is the keeper occupying Perez’s dreams after the latter gave up on de Gea. That Kepa, 23, is heir apparent to the current Spain No. 1 shirt only increases his allure and a contract at Bilbao running until 2025 is of little consequence in today’s transfer market.

Inigo Martinez proved when crossing the Basque divide that kissing the shirt and posting the occasional message on social media, doused in those same colours, are so often empty gestures

When Kepa put pen to paper, his release clause rose from €20 million to €80m, a tactic by Perez’s long-serving counterpart, Josu Urrutia, that was part statement, part invitation.

Athletic have a long history of losing their best players to Europe’s heavyweights and an even longer one of sourcing fresh talent across the Basque Country and moulding them at the Lezama academy. Investment there is Athletic’s long-term salvation, however many stops Kepa makes along the way.

Malaga did the same with Isco when Real’s interest became apparent. Preparing for the inevitable, a new deal was agreed in January 2013 and Isco’s buyout clause rose to €35m. Six months later, Perez was only too happy to sign the cheque.

Former Real Madrid general manager Jorge Valdano once told an anecdote that shed light on Perez’s approach to transfers. When presented with the possibility of signing Kaka for €12m in 2002, Valdano warned that in four years’ time the Brazilian would cost five times as much. “Don’t worry, Jorge. We’ll wait until he costs €60m,” Perez replied.

The Galactico era may be a thing of the past but Perez’s desire to spend, combined with the abject failure of last summer’s strategy of buying young, relatively cheap Spanish talent, will bring transfer policy to a head in June. Of the players who arrived last summer, only Achraf Hakimi can claim to have progressed this season, and he was promoted from within.

Dani Ceballos and Marcos Llorente didn’t even make the bench against Athletic while Borja Mayoral has barely featured this season. Only Hakimi, Theo Hernandez and Jesus Vallejo have an outside chance of remaining at the Bernabeu for 2018-19.

Real spent €40m last summer for little tangible return. Even if Athletic hold out for the full €80m for a 23-year-old Spain international, it would represent good business for Real Madrid. As it would for Athletic, a club where the old adage that no player is bigger than the whole isn’t just a hollow ring. La Catedral’s foundations run far deeper than most.

Having had one foot out of the San Mames door in January, Kepa played his hand. Perez is likely to follow suit in June as he prepares an overhaul of his current squad. The building block of a new era at the Bernabeu has already been identified. The cost of putting it in place will be irrelevant.