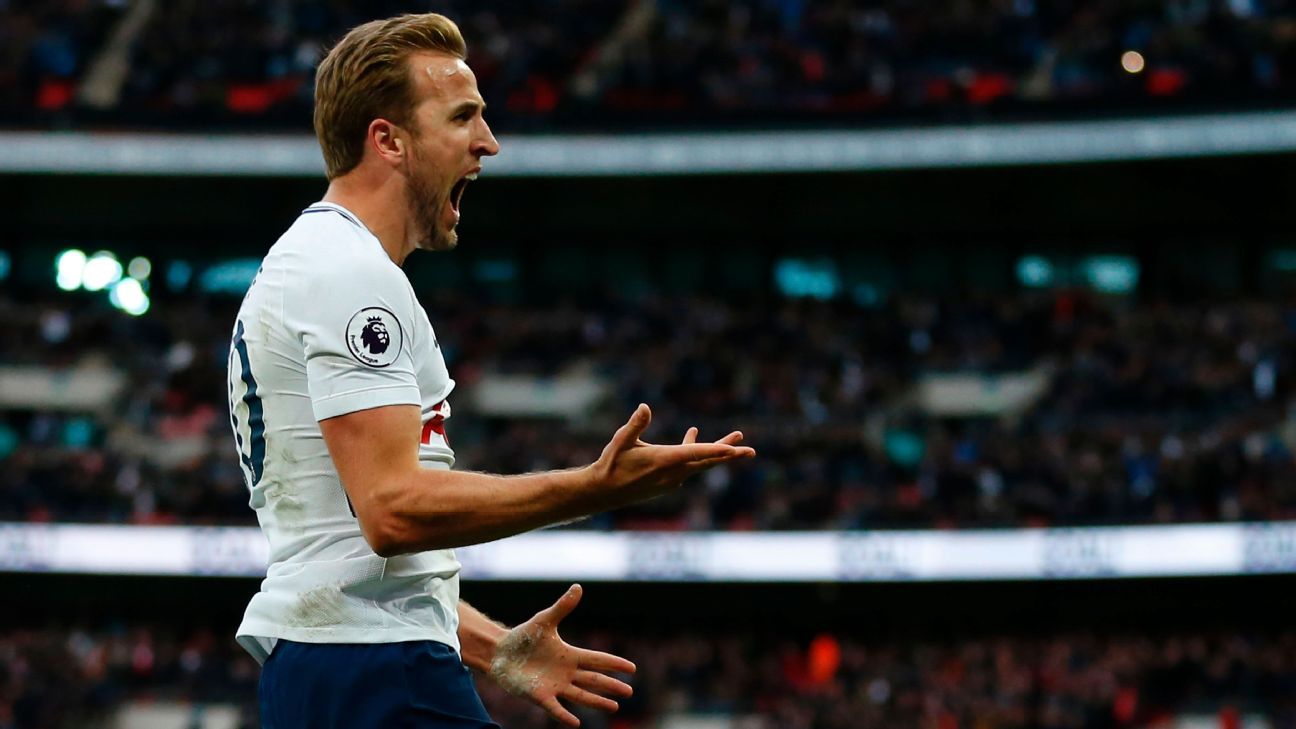 Asked if it had entered his mind to make a move for Kane, Perez told Cadena Cope: “Honestly, it hasn’t. He is a magnificent player, he is young and has many years to progress. But we are delighted not just with [Karim] Benzema, but with all the players that we have.”

Perez denied that Levy had given him an asking price for Kane, saying: “No he didn’t and had I asked him for the price he would have asked for €250m. He always goes for the top [amount]. We have become friends because of the time it took us to sign [former Tottenham players] Luka Modric and Gareth Bale.

“Every time we win a European title, he [Levy] sends me the same message: ‘Congratulations for the European title you have won with my players.'”

Madrid midfielder Toni Kroos was asked by reporters about the prospect of his club signing Kane, but he was reluctant to comment on the rumours.

“That’s not my job,” he said. “He’s a good player, you don’t score so many goals in the Premier League if you’re not a good striker of course. But if you buy him or not, that’s not my job.”

Perez, meanwhile, believes that Benzema is underappreciated and has defended the striker from recent criticism from ex-England international Gary Lineker.

The former Tottenham star said on Twitter during Spurs’ 1-1 draw at Madrid last week that Benzema was “a tad overrated” and “decent, [but] not great.”

Perez said: “Everyone has a right to say what they want. But people are mistaken and I cannot understand how they can criticise a player like Benzema. Benzema has been here for eight years, he knows that our fans are demanding.

“When he came on the pitch on Sunday [for the 3-0 win over Eibar], he gave us a football masterclass. For me Benzema is a mix of [former Madrid players] Zinedine Zidane and Ronaldo Nazario. He scores goals as Ronaldo did and has the touch that Zidane had. He is a magnificent player. It’s a luxury [for us].”

Cristiano Ronaldo won the Best FIFA Men’s Player award for the second year running, while Madrid boss Zinedine Zidane claimed the Best FIFA Men’s Coach prize after both inspired the club to the La Liga and Champions League trophies in the 2016-17 campaign. Five Madrid players, meanwhile, were named in the 2017 FIFPro World XI.

“It’s an honour and it gives me great pride to have this team,” Perez said. “There was no doubt that Cristiano was going to win it. I spoke to him after he got the award and I told him what pride it gives us to have a player like him.”

Ronaldo, who scored twice as Madrid beat Juventus 4-1 in last season’s Champions League final to finish the competition with 12 goals, won his award ahead of Barcelona’s Lionel Messi and Neymar of Paris Saint-Germain.

“It’s clear in my mind that all the individual awards are going to be won by Cristiano because he is the best,” Perez said. “Messi and Neymar are excellent players but there is no one that can doubt that in this era, the best player is Cristiano Ronaldo.

“Besides the talent, the class, he also has other values that make him the player that he is, such as permanent sacrifice, permanent ambition and always wanting to be the best. When it’s repeated for a long time, it marks an epoch.”

Ronaldo had cut a frustrating figure in Sunday’s 3-0 win over Eibar as he failed to find the back of the net. He has scored just one goal in five La Liga games, his least productive start to a domestic campaign for Madrid.

“If he doesn’t score a goal, he feels he’s had a bad afternoon,” Perez said of Ronaldo. “He’s like that and you have to understand him. He lives for football and he is an example to everyone. For us, he is something spectacular, something that cannot be improved on.”