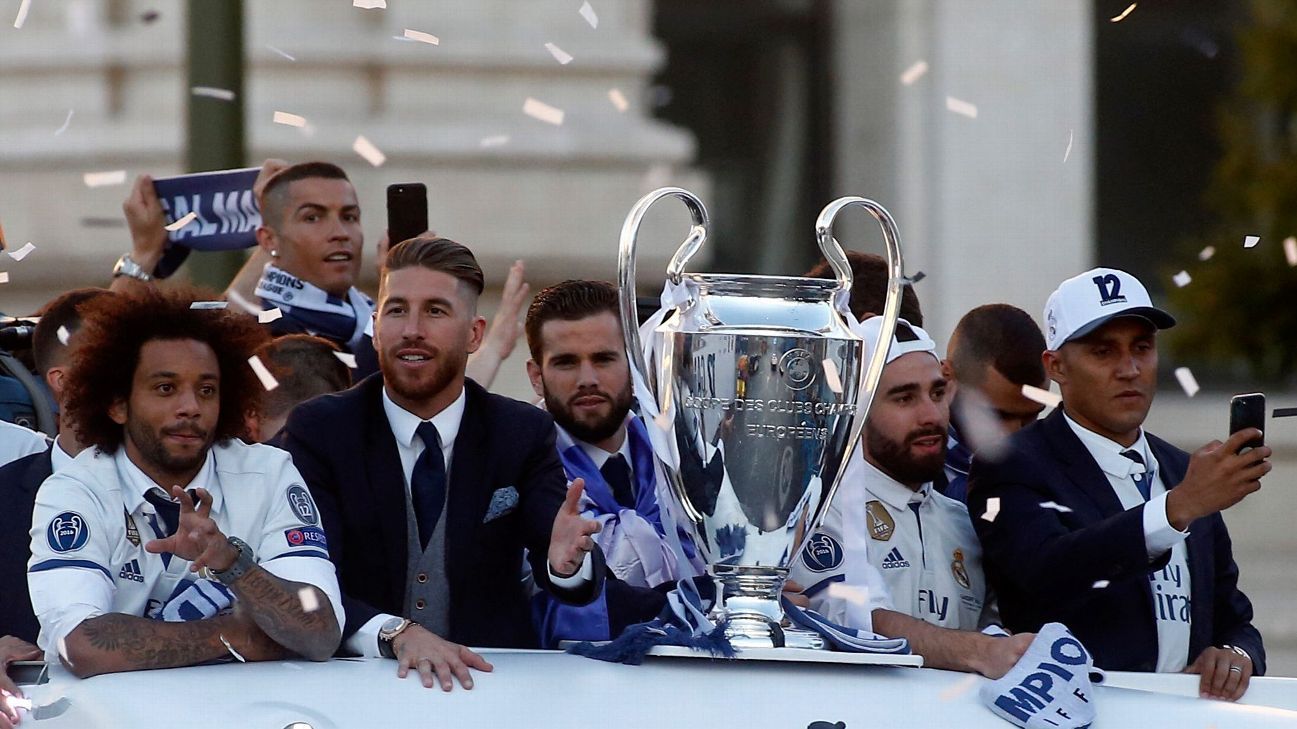 
MADRID — Real Madrid celebrated their record 12th European Cup with thousands of fans on Sunday, after returning to the Spanish capital after beating Juventus 4-1 in the Champions League final in Cardiff, Wales.

The team was first feted by Madrid’s mayor and regional president before the players got on an open-top bus for a slow ride through throngs of supporters to a packed Cibeles square, Madrid’s traditional gathering spot for celebrations.

There, team captains Sergio Ramos and Marcelo climbed a temporary set of stairs to present the European Cup from atop the stature in the fountain in the square.

The team then headed to the Santiago Bernabeu Stadium, where the packed stands were treated to an elaborate light and video show while each player was individually introduced.

The biggest applauses were for Ramos and Cristiano Ronaldo, who waved a Portuguese flag as he walked out in the spotlight toward his teammates waiting on a makeshift stage in the centre of the pitch.

“This team believed from the start, and after a lot of hard work we reaped the benefits,” Ramos told the crowd while wearing a fake crown on his head and a Spanish flag draped around his shoulders.

Once Ronaldo took the microphone, he couldn’t resist joining the crowd in chanting “Cristiano, Ballon d’ Or!,” a call for him to win the prestigious best-player award.

Ronaldo scored twice in the final, as Real became the first team to win back-to-back titles in the Champions League era.

With a third European title in four seasons, coach Zinedine Zidane has re-established Madrid as the premier team on the continent.