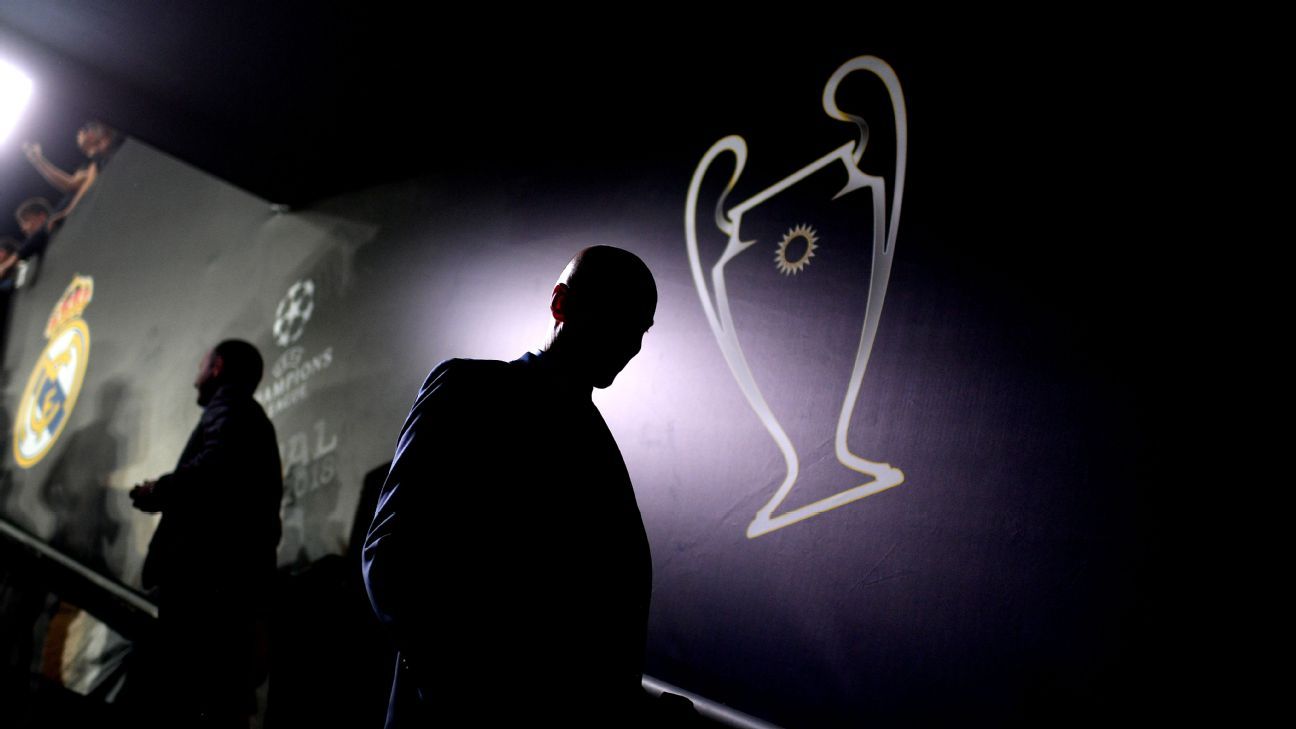 The amount of confusion and the number of names mentioned are a direct corollary of just how sudden the move was by the Frenchman. If there seems to be confusion as to who they want, that’s because they are confused. “There’s need for a manager with the ability to win in the context of Madrid,” defender Raphael Varane said recently, “where there is a lot of pressure and they expect a lot.” He went on to say that the squad couldn’t possibly expect Zidane’s successor to be as successful in such a short time. But the expectation is there, and you wonder whether taking over from Zidane is an impossible task. And whether Real Madrid know that luring a potentially good hire into a hopeless situation is a waste of everybody’s time.

The names mentioned are all charismatic coaches with big ideas and who ask a lot of their players: Jurgen Klopp, Antonio Conte, Mauricio Pochettino, to name a few. But as soon as many of these names are mentioned, either Real Madrid or the manager in question kills the speculation. It is such a specialised role after Zidane’s walkout that it’s not about the manager Real Madrid want but the manager they need in such a delicate situation. Plenty of those linked have ruled themselves out, knowing that it is either too early in their career or that the bench job at the Bernabeu is simply not for them. Julian Nagelsmann and Joachim Low were quick to end speculation recently, in telling fashion.

At Real Madrid, there is no such thing as a rebuilding year, so any suggestion of a stopgap replacement is seen as surrender when they appear to have European football at their mercy. There is no time to stop and catch your breath. It will be another assault on the league, Copa del Rey and Champions League, along with a Club World Cup and a European Super Cup.

But they have two problems standing in their way.

No manager is going to accept a job until the mess created by Cristiano Ronaldo’s and Gareth Bale’s comments after the Champions League final — comments that put the club, and Zidane at the time, in a difficult position — is resolved. Likewise, Ronaldo and Bale might be slow to make a move until a manager is appointed. And there could be a clear-out in the summer to contend with, along with persistent links to Neymar and the extravagance of speculation that entails. It is no wonder every day has brought a new rejection.

Massimiliano Allegri, a man considered ideal for the job, is the most recent manager reported to have said no, and from there Real Madrid’s options start to abate. The club might rule out a move for Guti in an effort, perhaps, to keep the legend’s status as it is. Arsene Wenger said he was wary of taking on a “crazy challenge” after some difficult years to end his tenure at Arsenal.

The next manager will be coming in on the back of a World Cup, too, and many of the club’s internationals are over 30 or close to it. After the outpouring of support and regret posted to social media by the players for Zidane after his departure, it will feel like arriving into a dressing room that is not yours and never will be.

It looks like a marriage between Wenger and Real Madrid might be the most likely outcome after they tried to pry him from Arsenal’s grip on a couple of occasions during his time in London and he turned them down. He admits he loved watching Real Madrid as a kid, and while he says he has nothing left to prove, he can be diplomatic and has dealt with some of the biggest names in world football.

Expect Real Madrid to wait, however, to give the players and the fans some time to get over the loss of Zidane. In the meantime, Real Madrid will continue to feel their way down a directionless path since that bombshell just a week ago, as they wish the World Cup would hurry up so they can try to figure out who they want and how they will sell it to him.

“When Real Madrid call you, you have to listen to them,” Pochettino said when he was initially linked with the job before ruling himself out. Plenty of managers will listen this summer, too, but before Real Madrid go making any more calls, they need to get their affairs in order and their sales pitch right. Or else they will be getting a lot more negative responses in the coming weeks and months.

After Arsenal sacked him, Emery regrouped and moved on. The Gunners have yet to do the same
Barcelona board uncertain about Koeman’s future
‘He can’t continue at Real Madrid for one second more’
Transfer Talk – Barcelona see Rennes’ Camavinga as Busquets cover
Super League rebels Barcelona, Juventus, Real Madrid face sanctions; Premier League clubs get deal