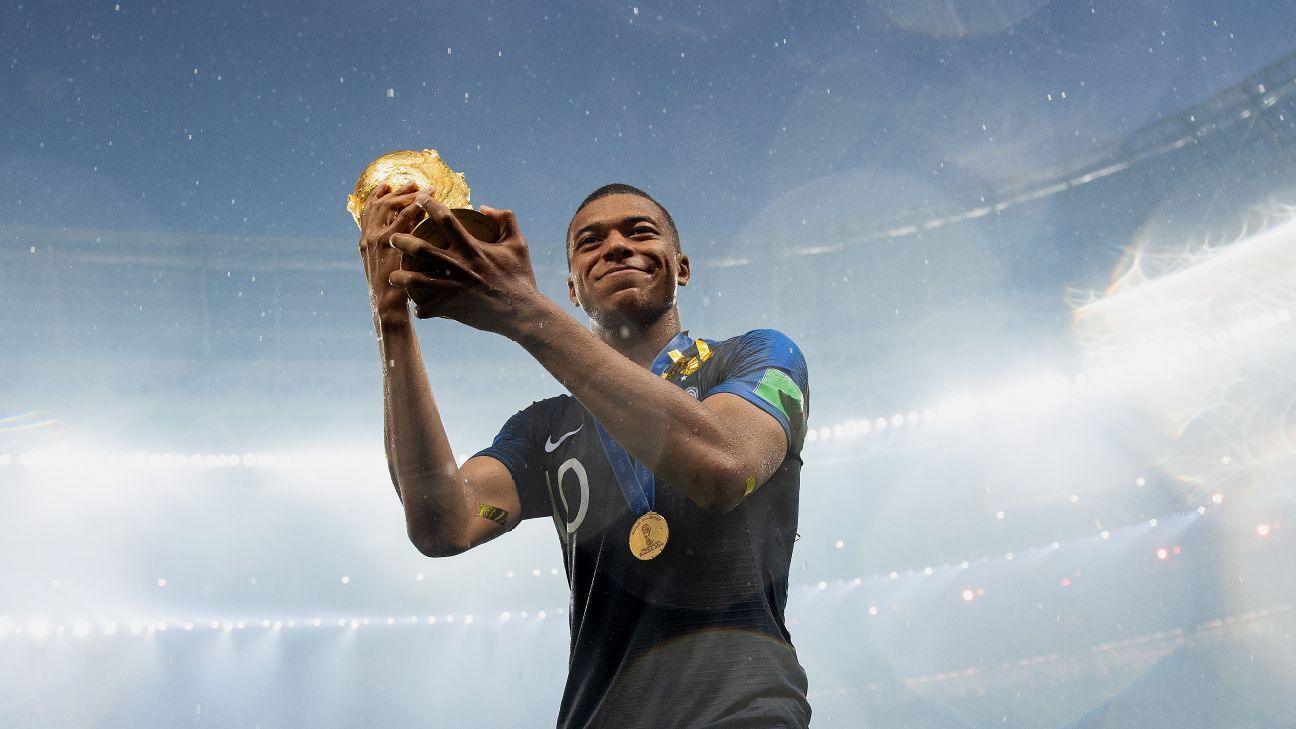 
Kylian Mbappe said he will remain at Paris Saint-Germain next season amid persistent links to a move away from the club, potentially to Real Madrid.

Mbappe, named the Best Young Player at the World Cup after France’s 4-2 victory over Croatia in the final, was asked following the game if he would stay at the club, which he formally joined on July 1 following a season on loan from Monaco.

The 19-year-old finished with four goals in the tournament and became the youngest player to score in the final since Pele did so in 1958.

“Only the second teenager to have scored a goal in a World Cup final!,” Pele said. “Welcome to the club, Kylian Mbappe — it is great to have some company! If Kylian keeps equalling my records like this, I may have to dust my boots off again…”

Reports indicated earlier this month that Mbappe was set to move to Madrid on a record €272 million deal, forcing Madrid to deny interest in the forward.

Meanwhile, PSG teammate Thomas Meunier said he felt unfulfilled last season under Unai Emery and hopes that the club do not doubt his abilities.

Meunier, 26, was a key contributor for Belgium as they finished third at the World Cup, losing to eventual champions France in the semifinal before beating England in the consolation match on Saturday.

“PSG need to show me that they absolutely want me and promise me an important role,” Meunier told Het Laatste Nieuws. “I love PSG, but in a sense, I feel unfulfilled in Paris.

“I want to feel that PSG and the new coach [Thomas Tuchel] are confident in me. I did not feel that last season. What will Tuchel bring? He will be very important in my decision to stay or go. I think PSG know that my World Cup was excellent. What remains to be seen is if they doubt my abilities.

“I hope that they will change their stance, because I do not want to relive last season. Several offers for me have already been presented to PSG.”