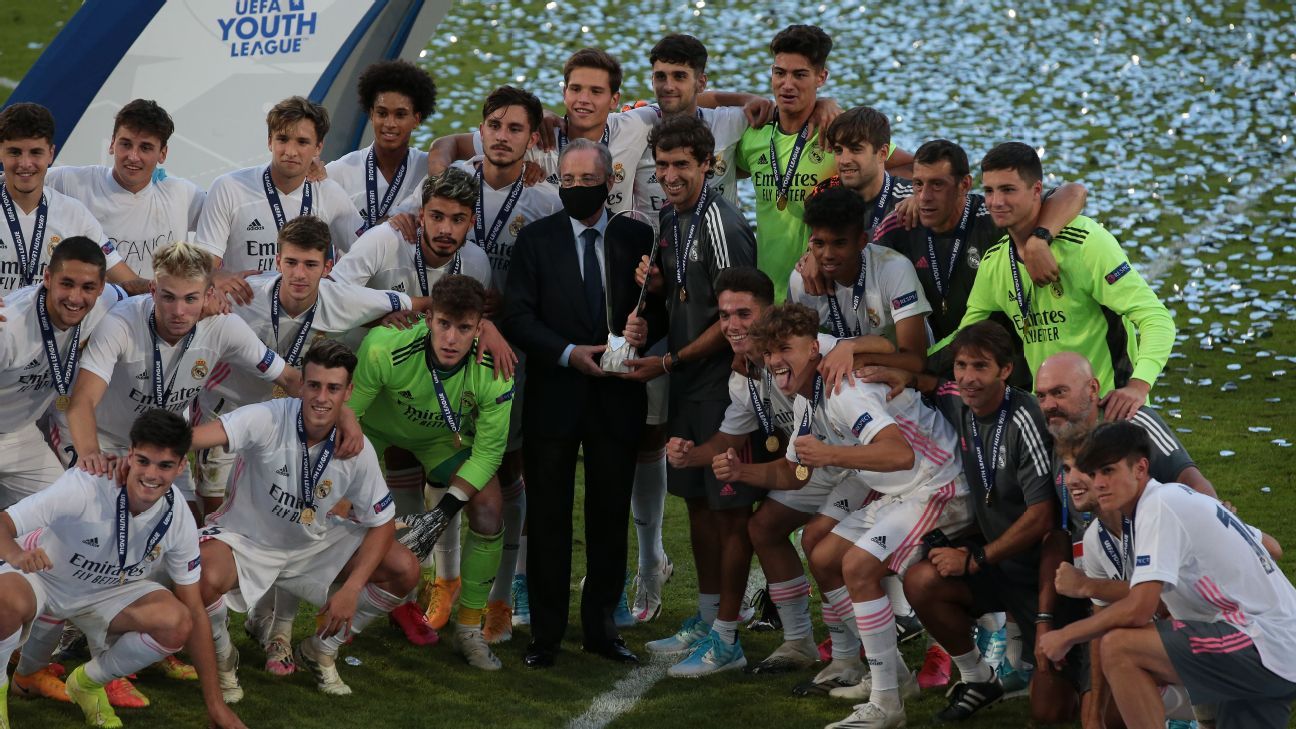 
Real Madrid have won the UEFA Youth League for the first time after club legend Raul Gonzalez coached their Under-19s to a 3-2 victory over Benfica.

It was the club’s first final appearance since the competition was founded seven years ago, having been eliminated at the semifinal stage in 2014, 2016 and 2017.

Striker Pablo Rodriguez opened the scoring in Nyon before an own goal from Henrique Jocu saw Madrid 2-0 up at half-time.

Raul, who is Real Madrid’s record appearance holder and second highest goalscorer behind Cristiano Ronaldo, has impressed as a coach at youth level so far.

He is widely viewed as being positioned by the club as a long-term successor to Zinedine Zidane.

He has been coach of Madrid’s reserve team, Castilla, since June 2019 and temporarily took charge of the Under-19s this summer when previous coach Dani Poyatos left to join Panathinaikos.

The Youth League was put on hold in March along with other UEFA competitions due to the coronavirus pandemic.

They defeated Inter Milan 3-0 in the quarterfinals last week, and Salzburg 2-1 in the semifinals on Saturday to reach Tuesday’s final.