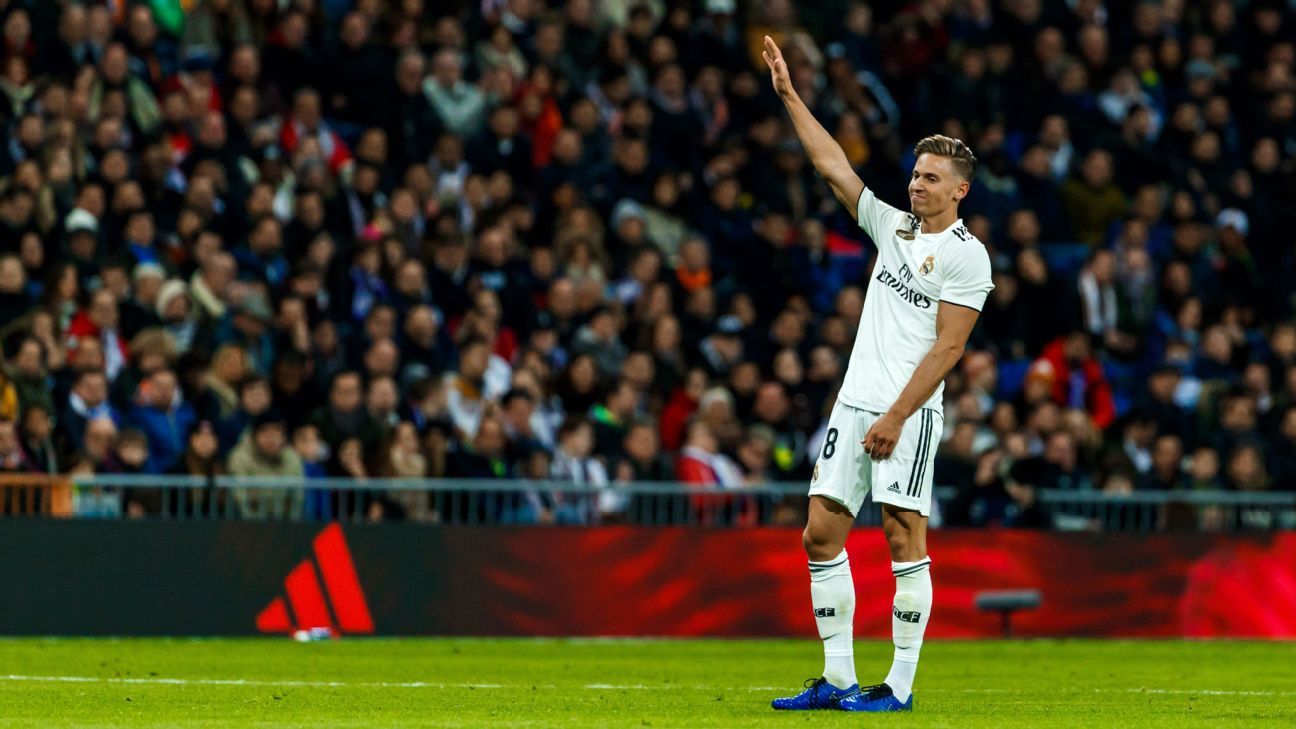 
Xavi Hernandez would have appreciated the irony at the Camp Nou on Sunday very much indeed. Barcelona were about to bring on a talented, highly exciting kid from their academy to replace a battle-scarred, high-profile midfield general: Carles Alena ordered to take over from Arturo Vidal.

The reference to Xavi is that, when he was Alena’s age, the young Catalan maestro often had to listen to his beloved Camp Nou boo and whistle shrill disapproval while he queued on the touchline to replace Pep Guardiola. The anger and spleen venting were back in the barren times, when Barcelona were failing miserably and in the midst of a six-year trophy drought. The Camp Nou didn’t appreciate that their declining hero, Guardiola, appeared to be falling victim to Xavi’s precocious skills.

Xavi — I know because he told me so — felt the acute horror of a vast public referendum against him and dislike appearing to rain down from the dark nighttime skies while Guardiola trotted toward him. His stomach was knotted with the fear of failing in front of a hostile audience that should, in principal, already have been head over heels in love with this locally bred, Camp Nou-educated starlet.

Not for a second am I saddling Alena with the burden of being named “the next Xavi,” but the 20-year-old, Catalan-born midfielder is talented — anyone who can’t see that is a fool. He also has vision, technique and confidence that evoke better days in the Barcelona academy when Cruyff principles were taught and taught well.

The real comparison is that there he stood, unable to be wholly sure what the hostile reception was about while waiting to seize this massive chance to advance his Barcelona career. The Spanish champions’ injury list is like a phone book, the match with Villarreal was balanced on a knife edge, and Ernesto Valverde had tapped him on the shoulder.

Rewind a few years, if you will, not just to Xavi’s emergence but to the golden era, when the Barcelona youth system gave birth to football that was both winning and lusciously beautiful. Academy graduates ruled.

Carles Puyol, signed as a right-winger, dominated club and international football as a centre-half who won everything there was to win. Victor Valdes — a rebel, a firebrand and, initially, not the most error-free keeper — kept everyone at bay and established himself as one of the great Camp Nou legends. Sergio Busquets and Pedro were on the verge of being loaned out, victims of assessors in the system, who didn’t believe that they were fast enough, big enough or robust enough. Guardiola stuck them straight into the first team, and glory followed — almost incessantly.

If there’s a club anywhere on the planet where the removal of a senior player — particularly one who is foreign, of an advanced age and useful principally for his attitude rather than his aptitude — should be greeted with a roar of anticipation, it’s surely Barcelona, no?

Now here’s Alena: cut from the same cloth as those of the Guardiola era, suddenly a lone starlet in an otherwise barren production line that once, not so long ago, supplied Tito Vilanova with the chance to play an entire XI of in-house developed footballers. Yet Alena doesn’t get a start when Sergi Roberto and Arthur are out or when Ivan Rakitic and Philippe Coutinho joined them on the sideline.

Valverde hadn’t seen the need to promote him, trust him or apply the microscope that is constituted by promoting a talented kid to first-team action. When the crowd see their Basque manager opting to take off Vidal so that Alena can come on — and in due course make a smart run for Messi to set him up for the goal that killed the contest — they jeer and whistle.

The abuse wasn’t for Alena directly. The crowd thought Coutinho wasn’t playing well, wasn’t in favour, and Vidal had been doggedly running from breakdown situation to breakdown situation. The Camp Nou crowd wanted their fireman to stay on the pitch, they wanted Coutinho punished, and Alena … well, the poor kid was just collateral damage — at least until Vidal exited and there was a retrospective realisation that the Prince of Barca B was about to try out the first-team throne.

Just for a minute, let’s cut to Real Madrid the previous evening. Xavi would appreciate this irony, too.

While the Guardiola-Barca era was dominant, Madrid president Florentino Perez ached for the adoration and reverence the world lavished on the Blaugrana. Not simply for their playing style, but also for the fact that so many of the key components were Barca academy pupils.

For some time now, Madrid have been investing in youth talent — both purchased and homegrown. But neither Zinedine Zidane nor Julen Lopetegui were particularly enamoured with the ideology. Last season, Marcos Llorente was given 542 minutes in La Liga and just 21 in the Champions League. Dani Ceballos’ equivalent numbers were 394 and 82.

It was as though they had been declared irrelevant.

But since Solari took over, he has simply shown faith in the idea that young players who seem to have talent and who have cut their teeth sufficiently in the youth system, must be promoted so that they can prove whether they have first-team quality. It’s one of the ultimate Cruyff dicta.

Solari also recognised that in an era when a glut of success has softened and relaxed certain Real Madrid players — Sergio Ramos, Raphael Varane, Luka Modric, Toni Kroos, Isco, Marco Asensio and Marcelo without question — there’s a huge benefit to letting hungry, talented, young bucks snarl at the established stars: “Either wake up, or get out of my way!”

It’s the wave of freshness and creative aggression that twice in recent times — 2003 under Frank Rijkaard and 2008 under Guardiola — propelled Barca out of a slump and toward European greatness.

What’s more, the Bernabeu are absolutely loving it. Every time the athletic, hard-running left-back Sergio Reguilon makes an attacking run or a defensive challenge, there’s a roar. Llorente doesn’t simply add rigor, positional sense, athleticism and power to the Madrid midfield. He’s pretty much adored by the crowd who are palpably willing him toward success and a regular first-team place.

There’s a noticeable wave not only of “Thank goodness the crisis is retreating,” but also of “These are our kids. It’s time that they were trusted and we were given players to fall back in love with.”

Immediately after the 2-0 win over Valencia, Dani Carvajal said: “We’ve been investing in talented, young players for a couple of seasons now, and I want to congratulate Marcos [Llorente] for his magnificent performances in the last two matches.”

While Alena has had to queue and tap his foot impatiently at Barca, then suffer the ignominy of his entrance being overshadowed by the dimwitted in the crowd whistling and jeering, Solari’s anti-slump remedy has included ample playing minutes for Fede Valverde, Vinicius, Llorente, Reguilon and Javi Sanchez — all of whom are aged between 18 and 23.

As I say, Xavi would appreciate the irony of it all. Approval, though? That would be for his arch opponents, rather than the club he led to triumph or their fans, who should know better.