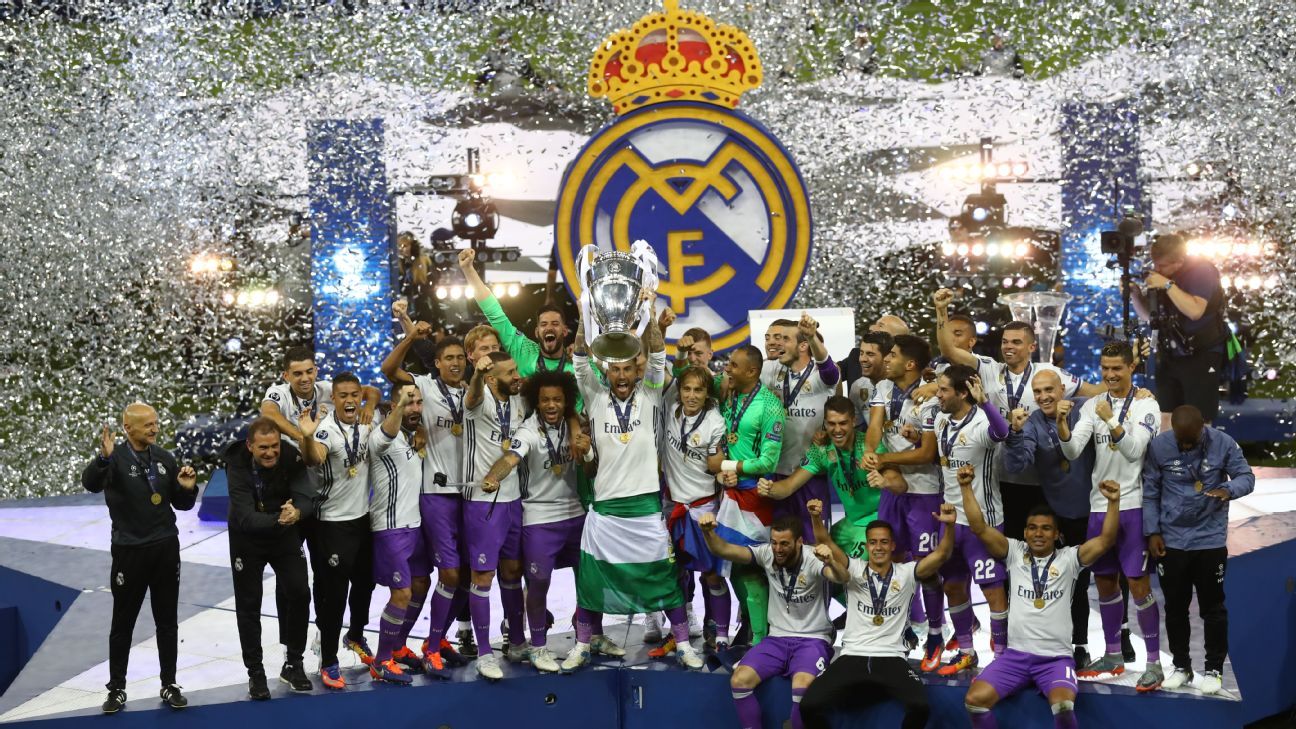 
UEFA has announced its nominations for the top goalkeeper, defender, midfielder and forward from last season’s Champions League, with reigning champions Real Madrid boasting six of the 12 shortlisted players.

Madrid made it three Champions League titles in four years when they defeated Juventus 4-1 in June’s final in Cardiff, becoming the first team in history to win the competition for a second straight year in the process.

Cristiano Ronaldo scored a brace in that game and also finished up as the season’s top scorer in the competition, with the Portugal captain being nominated alongside Barcelona’s Lionel Messi and Juventus’ Paulo Dybala in the forward category.

Madrid have a clean sweep of the midfield category with Casemiro, who also scored in the final, Toni Kroos and Luka Modric picking up the three nominations.

In defence, the European champions are represented by their captain Sergio Ramos and left-back Marcelo, with Leonardo Bonucci, who was at Juventus last season but signed for AC Milan this summer, completing the line-up.