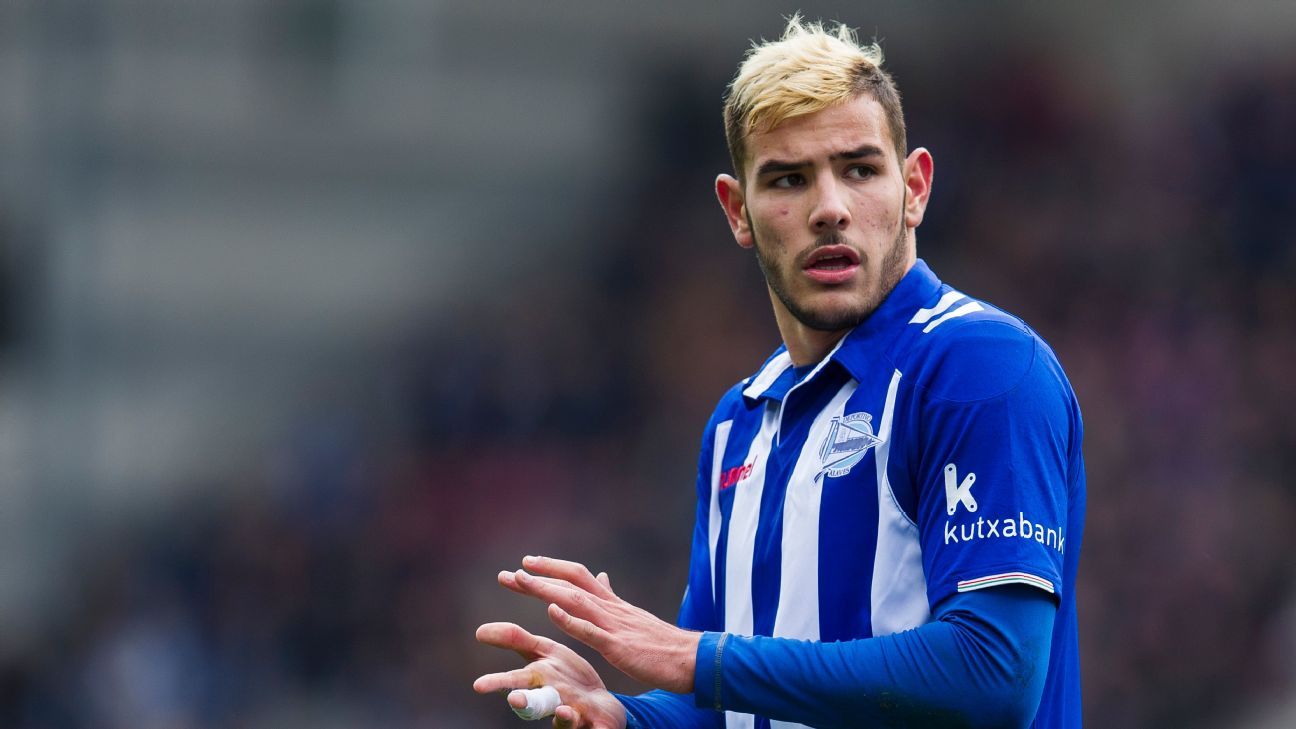 
Florentino Perez denies Real Madrid ever had an agreement with rivals Atletico Madrid not to sign their senior players.

Madrid are set to complete the signing of Theo Hernandez from Atletico this summer with some reports claiming they broke a pact between the two clubs by going after the left-back, who spent last season on loan at Alaves.

However, Madrid president Perez says the verbal agreement only includes youth players and that either side is free to speak to the other about potential signings.

“There was never an agreement [not to sign each other’s players], except with children,” Perez said in an interview with Marca.

“If one club has an interest in a player from the other club, [we] can speak about it and, if it is possible, a transfer is done. There’s never been anything else — many Real players have ended up at Atletico.”

Theo, 19, will become Madrid’s first summer signing and, with Fabio Coentrao set to join Sporting Lisbon imminently, he will become the alternative to Marcelo next season.

Perez said earlier this week that Madrid are also following Monaco’s Kylian Mbappe, but he suggested more new signings are not necessarily a priority due to the strength of the squad and the quality of the young players at the club.

“We [Perez and coach Zinedine Zidane] will sit down when the time is right.” he added. “Zidane knows what we want and what the fans want. Before going on holiday, he told us that he would be happy to continue counting on all the current players.

“He said that because we have some spectacular players. Zidane shows that confidence in the players in the way he rotates the entire team — everyone has played.

“Next season he will continue to do the same and that is why we are interested in having young players because they will have minutes and will continue to improve, such as Theo, [Jesus] Vallejo and [Marco] Asensio.”

Madrid’s transfer plans may yet change depending on what happens between now and the end of the window. Perez said in an interview with Onda Cero on Monday that he relishes doing business right up until the end of August.

Alvaro Morata has been strongly linked with a move to Manchester United and James Rodriguez is expected to leave the club, while Cristiano Ronaldo’s future has been the subject of intense scrutiny over the last week.