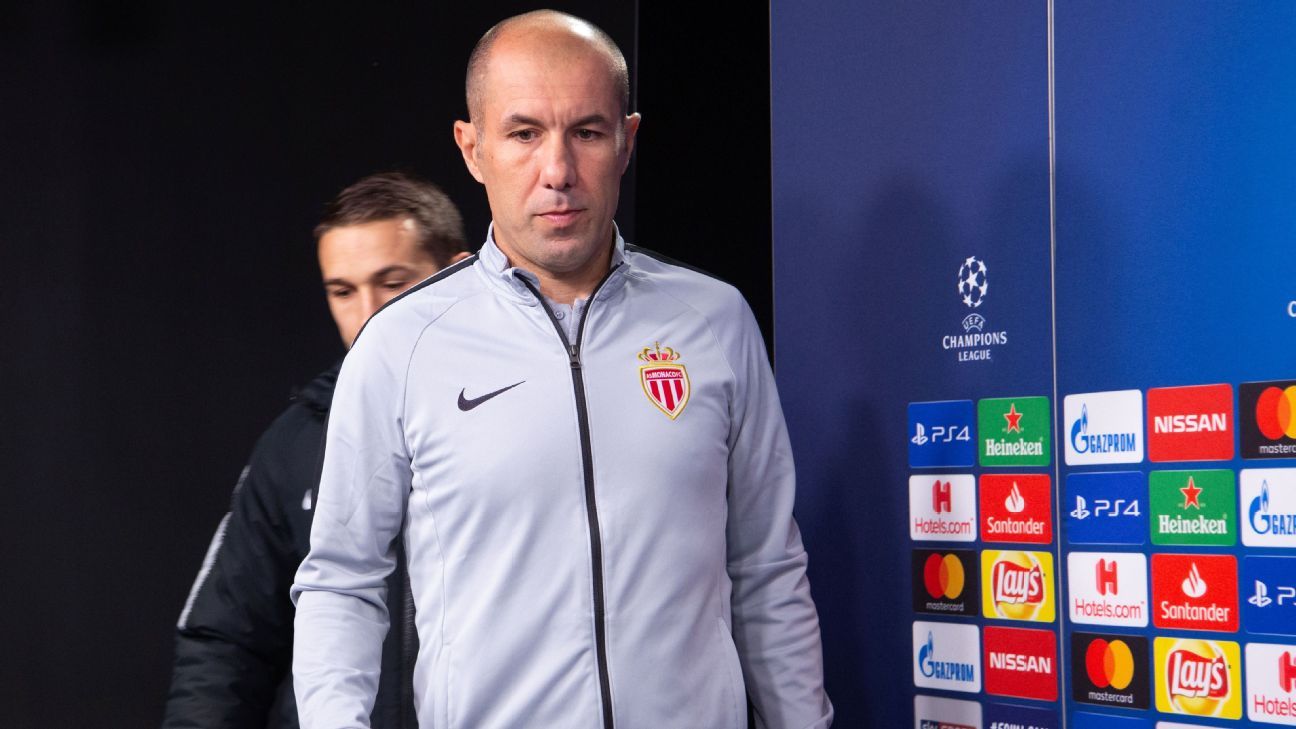 
Leonardo Jardim is under consideration by Real Madrid to be their next permanent first team coach, a source close to the former Monaco manager has told ESPN FC.

Jardim, 44, won the 2016-17 Ligue 1 title with Monaco and also guided them to that season’s Champions League semifinals, but was relieved of his duties last month after a poor start to the 2018-19 campaign.

Madrid are still looking for a permanent replacement for Julen Lopetegui, who was manager for 14 games at the Bernabeu. His 139 days in charge came to an end following the 5-1 Clasico defeat at Barcelona.

Santiago Solari has been promoted to take interim charge of Madrid’s first team, from his position as coach of the club’s Castilla youth side, and has won both games so far — a 4-0 Copa del Rey victory at third tier Melilla, and 2-0 La Liga success at home to Valladolid.

La Liga rules state that Solari cannot remain as temporary coach past the upcoming international break — so he must either be confirmed until the end of the season at least, or a new permanent coach be appointed.

Jardim was raised in Portugal and started his coaching career early in the semi professional ranks. He has successful spells at Beira Mar, Braga and Sporting Lisbon on his CV, as well as six months at Greek club Olympiakos.

However, Achraf Hakimi, who is on a two-year loan spell at Borussia Dortmund from Madrid and worked under Solari at Castilla, has said the Argentine should be considered as a full-time candidate.

“I know Solari well and I’m happy he has been granted the opportunity to coach Real Madrid,” Achraf told Cadena Ser. “I think he is qualified to coach the first team and he will gradually prove it.

“Solari brings a lot of intensity to the team and that is then reflected on the pitch.”

“I have had a very good relationship with Julen  since he took over the national team,” Iniesta told Onda Cero. “He made me feel important.

“What happened at the World Cup, no one wanted it to happen. I sent him a message the other day.”