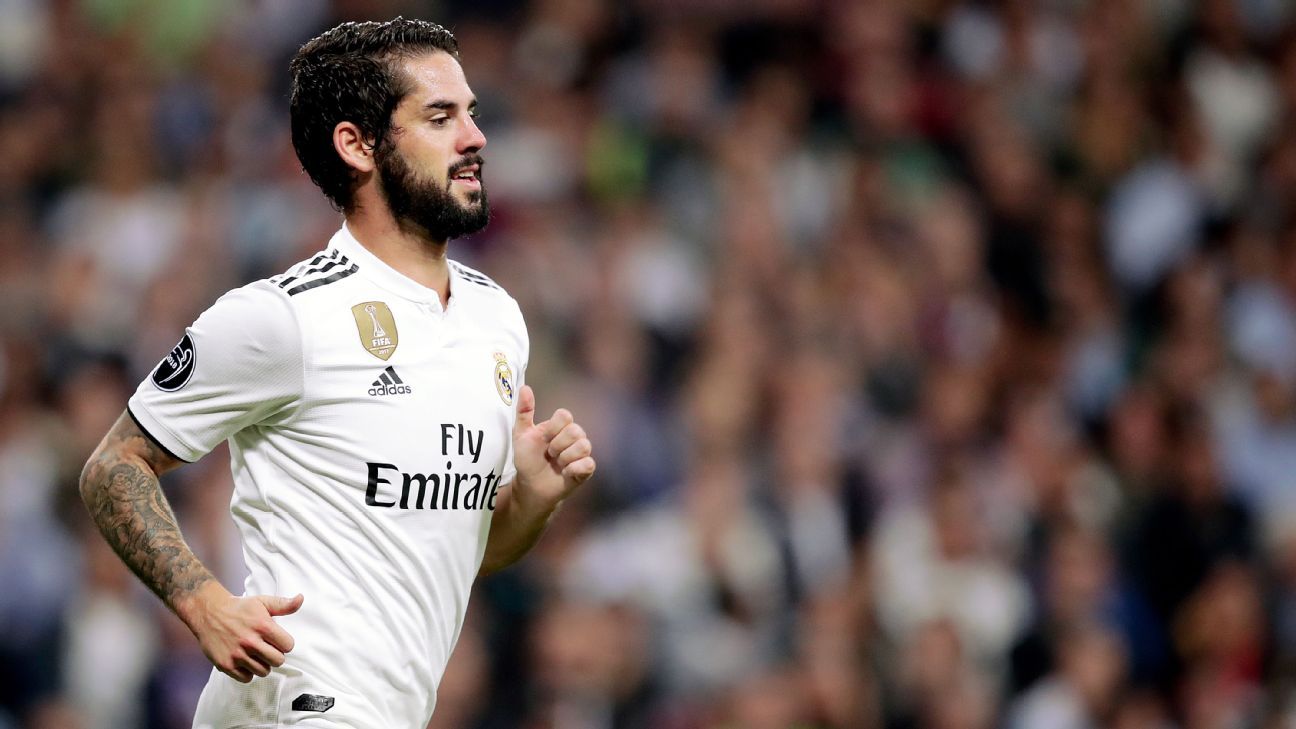 
Real Madrid coach Santiago Solari has said nobody is guaranteed a starting place amid debate over the recent inclusion of Isco from his team.

Thursday’s Copa del Rey game at home to third tier Melilla, with Madrid 4-0 up from the first leg, is likely to see Spain international Isco return in a team largely consisting of younger players.

Asked why Isco had not started any of his first seven games as coach, Solari told a news conference he did not guarantee starting places.

“There are 24 players in the squad, plus the Castilla kids who can play,” he said. “They all have to work with intensity and motivation and spirit. That is what we all want, to see that reflected on the pitch.

“I don’t believe in the concept of undisputed starters — I didn’t as a player, either. I think it’s great that everything is disputed, up for grabs.

“In football, players can have a dip in form or be in fantastic form. The coach’s job is to choose well, and try not to make mistakes.

“Of course there are players who play very well always, so they are starters for 10 years in a team. But no player is indisputable for their name.”

Last weekend Isco posted an Instagram photo and asked his followers whether they thought he looked overweight but, asked about that, Solari said: “I’m deeply sorry, but I’m not into social networks.”

Good mood on sunny morning at Valdebebas – no sign of Bale or Kroos for the rondos pic.twitter.com/9Q3iTqM4oE

He praised Madrid’s emphasis on bringing youth team players through, with more than half of the likely starters against Melilla either youth team graduates or Castilla reserve players.

“There are games over the season which give a chance for the younger players,” he said.

“Since 2000, when Florentino Perez came in as president, there has been a very strong focus on the youth system. I was working within that system for six years, learned a lot, and took part in this work which is very hard and pretty anonymous.

“Results are not seem immediately but over the long term. We now have 11 players who have played for the youth teams, almost half the squad. That is a reflection of great work throughout the youth structures at the club.”

Gareth Bale (thigh) and Toni Kroos (knee) are unavailable for Thursday’s game, although it was suggested that Wales international Bale would be ready for Sunday’s game at Huesca. “Bale is doing fine, no problem,” Solari said.

Asked whether he had spoken with the club’s hierarchy about comings or goings in the transfer window, the coach said: “I don’t know anything about that. That is not within my area of competence.”

Man City fans bite back at Guardiola over Etihad support dig: Stick to coaching
Will Mane, Sterling, Ronaldo follow Salah as next player to join Premier League’s 100 Club?
Salah, Mane 8/10 as they fire Liverpool to victory against Crystal Palace
Ronald Koeman’s Barcelona future in doubt, club ponder alternatives
Kane needs to remind Tottenham of his brilliance when they face Chelsea