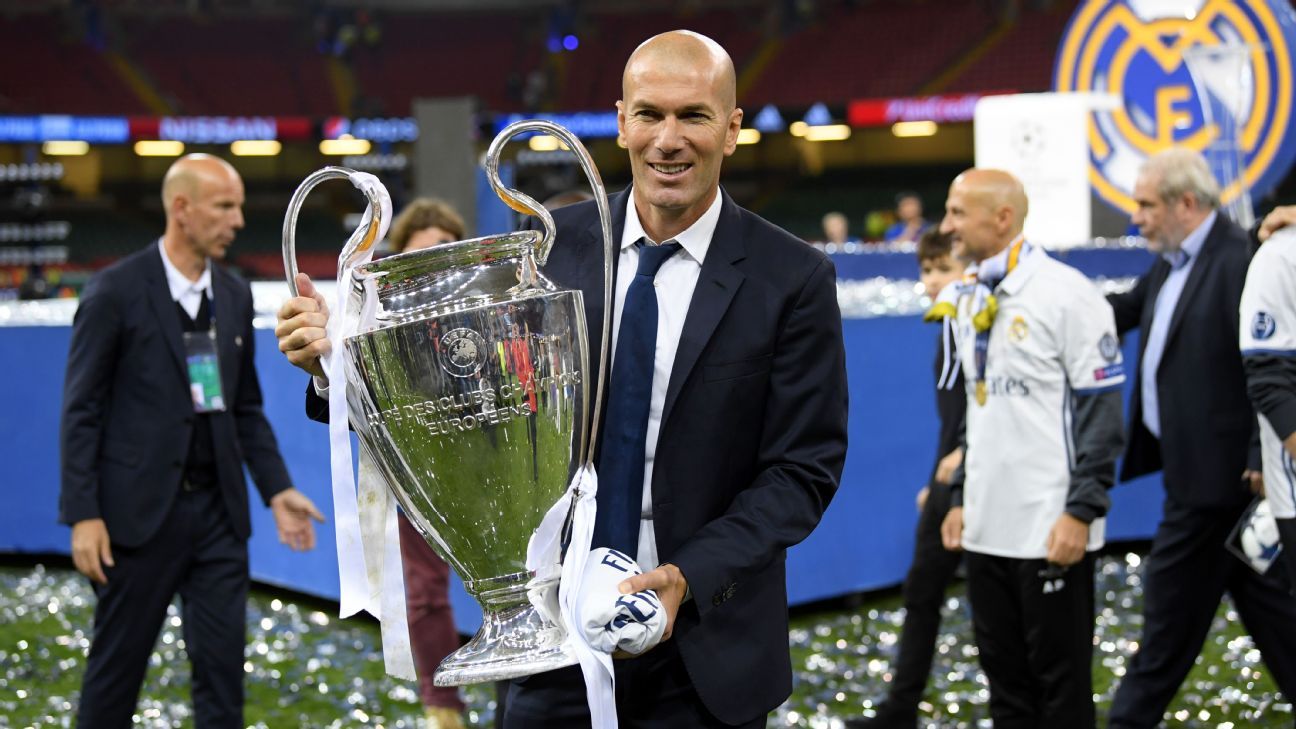 
Real Madrid striker Mariano’s move to Lyon signals the start of what should be a comparatively quiet summer at the Bernabeu.

Much like last year, when the re-signing of Alvaro Morata from Juventus began and ended Zinedine Zidane’s cash business, the transfer window won’t so much be thrown wide open as left ajar to let in a rare breeze of tranquility.

The return of Borja Mayoral from Wolfsburg provides a ready-made replacement for Mariano, with one youth graduate stepping into the boots of another as third-choice striker, and the remainder of Real’s movements ahead of the 2017-18 season likely to follow a similar pattern.

Zidane has proven himself more willing than his predecessors to dip into the Castilla stock and displayed a ruthless edge in his dismissal of Martin Odegaard, who did little to endear himself to the Frenchman during their time together in the reserves and faces a very steep path to a place in the first-team squad. Even Zidane’s first-born son is not immune to his father’s obsession with crafting the perfect squad — Enzo joined Alaves last week on a three-year deal.

The Real boss has gone his own way as far as transfer activity is concerned, and incredibly, he’s so far managed to keep the president’s chequebook under lock and key. The days of spending for the sake of it are on hold, and from Madrid’s point of view, the timing couldn’t be better.

Several of Europe’s top clubs need an overhaul, and the market has gone a little crazy, with selling clubs determined to hold the heavyweights to ransom. The £70 million that RB Leipzig are asking for Naby Keita is a stark indication of the current state of affairs.

Real, though, do not need to get involved. No areas of the squad are in need of urgent attention, and the European champions are not going to strengthen their rivals on the cheap, as evidenced by the price (reported to be £70m) that Florentino Perez has put on Morata. If there is any genuine chance of persuading Monaco to sell Kylian Mbappe, Perez will surely pull up a seat at the auction, but otherwise he will likely follow his manager’s lead again.

A squad that has delivered back-to-back Champions League titles needs little more than a tweak, and much of Zidane’s time will be spent trying to keep players rather than chasing new signings.

His insistence on everyone’s importance to the cause was a common thread last season, and he would consider a summer of zero movement to be a successful one. Players such as Morata and James Rodriguez will continue to agitate, either for assurances over playing time or, if that is not forthcoming, a move elsewhere.

In that case, Zidane will seek replacements and won’t be overly distressed by the departure of James. However, promoting Mayoral to the position of Karim Benzema’s understudy would represent a huge risk were the No. 9 to suffer a serious injury, which is why Madrid’s stance on Morata remains unyielding. Even if the 24-year-old does leave, finding a bench striker willing to bag a medal or two for a season of part-time employment is never a tricky prospect, while a third-choice attacking midfielder won’t be hard to come by.

Much-needed cover for Marcelo is reportedly in the pipeline in the shape of Alaves loanee Theo Hernandez — quite a coup considering Atletico are his parent club. Marcos Llorente, who enjoyed a stellar season at Mendizorrotza, will return to provide cover for Casemiro — the only player in the squad without specialist back-up. Even Danilo might have done enough in the absence of Dani Carvajal during the run-in to retain his place in Zidane’s squad for another campaign, during which the Homeric search for his Porto form will continue.

Real are enjoying the fruits of a logical succession, much like the Spain national team under former under-21 coach Julen Lopetegui. Zidane knows what the academy has to offer and will give Mayoral and Llorente their chance if they decide to stay. After helping Albert Celades’ La Rojita to the final of the European Under-21 Championship in Poland, neither will be short of offers.

Zidane is happier to mine La Fabrica — a strata of the club that last produced gold-standard players in the days of Vicente del Bosque — than he is to risk bringing in expensive and potentially unsuitable recruits from elsewhere.

Lopetegui has a long way to go to emulate Del Bosque’s achievements with Spain, but Zidane, operating in the less-forgiving cut-and-thrust world of club football, is more than halfway to doing so at Madrid after just 18 months.

Perez may have been a tinkerer in the past, but, with Zidane in the driving seat and the titles flowing, he won’t be looking to fix what isn’t broken this summer.