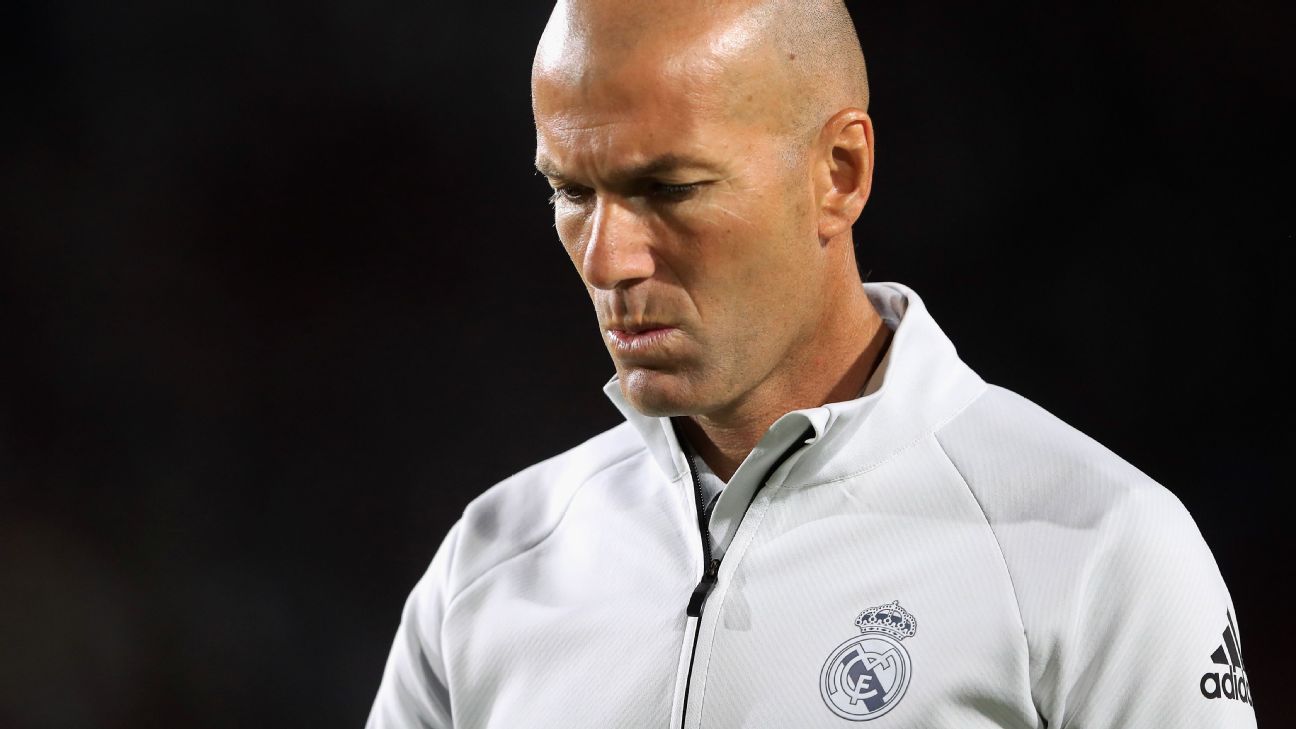 
Real Madrid boss Zinedine Zidane has said he is “not bothered” by Saturday’s 3-2 friendly defeat to arch-rivals Barcelona in Miami.

Spanish and European champions Real were two goals down inside seven minutes thanks to Lionel Messi and Ivan Rakitic, only for Mateo Kovacic and Marco Asensio to level heading into half-time.

Zidane, whose team face Barca again in the Spanish Super Cup in two weeks, can now turn his thoughts to the UEFA Super Cup meeting with Manchester United in Skopje.

“This is preseason and I’m sure that the results we’ve achieved weren’t what we were expecting, but this doesn’t alter anything,” he told Madrid’s official website.

“The important thing is to be ready for Aug. 8. I saw some good things out there, but also some things I didn’t like.

“We’ve got to be patient, work hard and be ready for the UEFA Super Cup.

“I’m not bothered by the defeat. It always hurts — we don’t like to lose, but that’s not the most important thing. We need to improve and change a few things.”