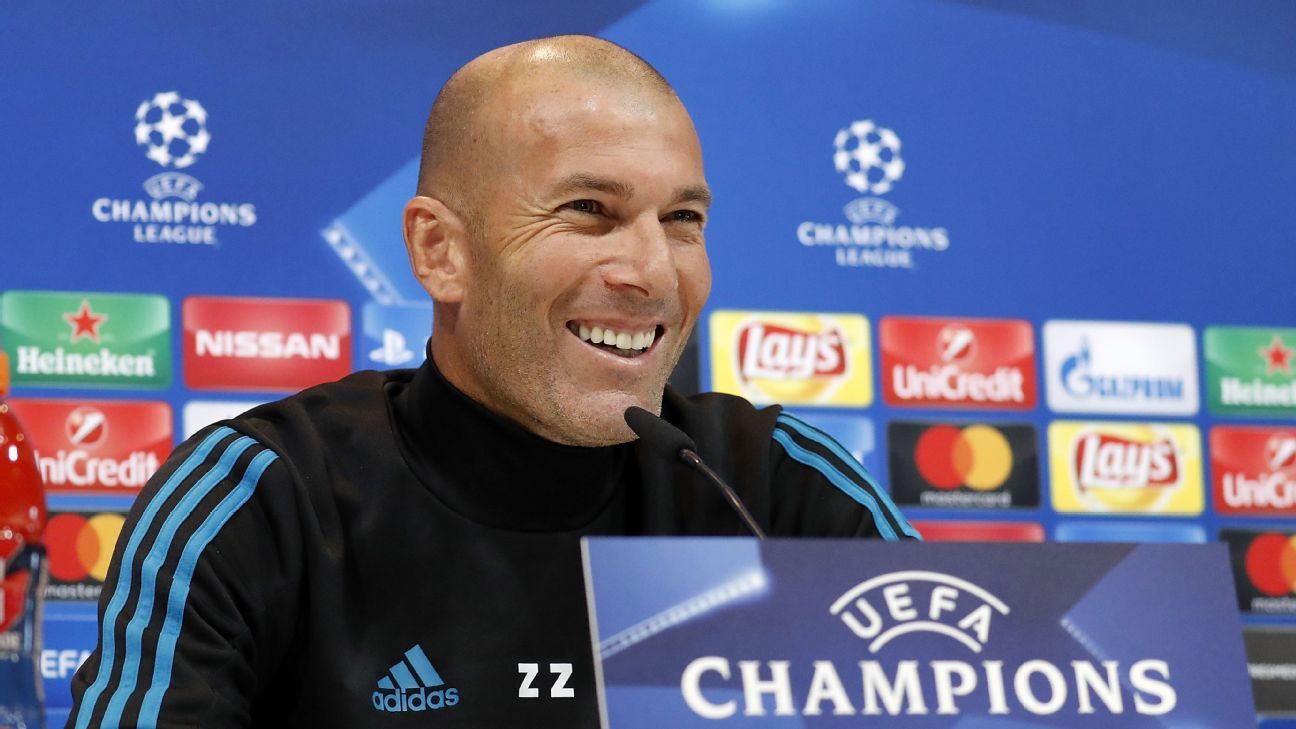 
LONDON — Real Madrid coach Zinedine Zidane has warned Tottenham that the Spanish giants will use the shock defeat to Girona as motivation in Wednesday’s Champions League match.

Catalan minnows Girona came from behind to beat the Spanish and European champions 2-1 on Sunday, leaving Zidane’s side eights points adrift of leaders Barcelona in La Liga.

Spurs and Real are level on seven points and with identical records at the top of their Champions League group ahead of their meeting at Wembley and Zidane is now under pressure to get a result. But the Frenchman says he actually enjoys the added pressure of big occasions.

“After a defeat, of course people aren’t happy but in some way I actually like this,” Zidane told a news conference. “I like having the motivation of a big match so we can get back to winning ways. This is something that inspires me. When the going gets tough I think I work my best. Life is like this, there are always hard moments, but you have to trust in the way you work and come back stronger.

“Perhaps some people are thinking from the outside that a defeat might leave us down in the dumps but that is not at all the case. We are good, we have a big match tomorrow. We are working well and are ready to perform well against great opposition in Tottenham Hotspur.

“I don’t think it [Girona] is my worst match [as a manager], this is football. We all know how football works, that sometimes you’re going to lose matches and it’s obviously frustrating particularly when you are 1-0 up and you need to push home that advantage.

“The little moments in that match got away from us and we ended up losing. It is important we don’t dwell on that, that we think about tomorrow, go again and give our all as we always do to get the right result. Nothing will change our approach when we prepare and are going out to win.”

It will Real Madrid’s first visit to the new Wembley and the Zidane said that would be another motivation for his players, before praising opposite number Mauricio Pochettino.

“It’s a great stage for us to play on against really great opposition. This is something we like and a great arena in football. The players are very prepared for this match. It is not without its complications in the build-up but we are prepared to go out and do our job,” he said.

“I really think very highly of Mauricio Pochettino. I think he’s doing a fantastic job at Tottenham. He is building a team and building a club that has high aspirations. You don’t need to rely on what I say, the results speak for themselves.”

Real Madrid left-back Marcelo echoed his manager, saying Los Blancos can use the surprise defeat as added motivation against Spurs.

“We can’t think about that now, in fact we can use that as motivation to bounce back and end the stumbling run we’ve had. We know we didn’t play well and now we have the chance to put that right tomorrow,” the Brazilian said.

Asked about the possibility of Harry Kane, who is a doubt with a slight hamstring strain, missing the match, Marcelo said: “It does not make, for me, a big difference. Harry Kane is a very important player but Tottenham are more than just one player.

“I’ve seen many matches where Harry Kane does great things but I’ve also seen the team produce great things. It is important for us not to think just about Harry Kane, whether it is harder with him there or not. We have to consider the group and take on the team as a whole.”