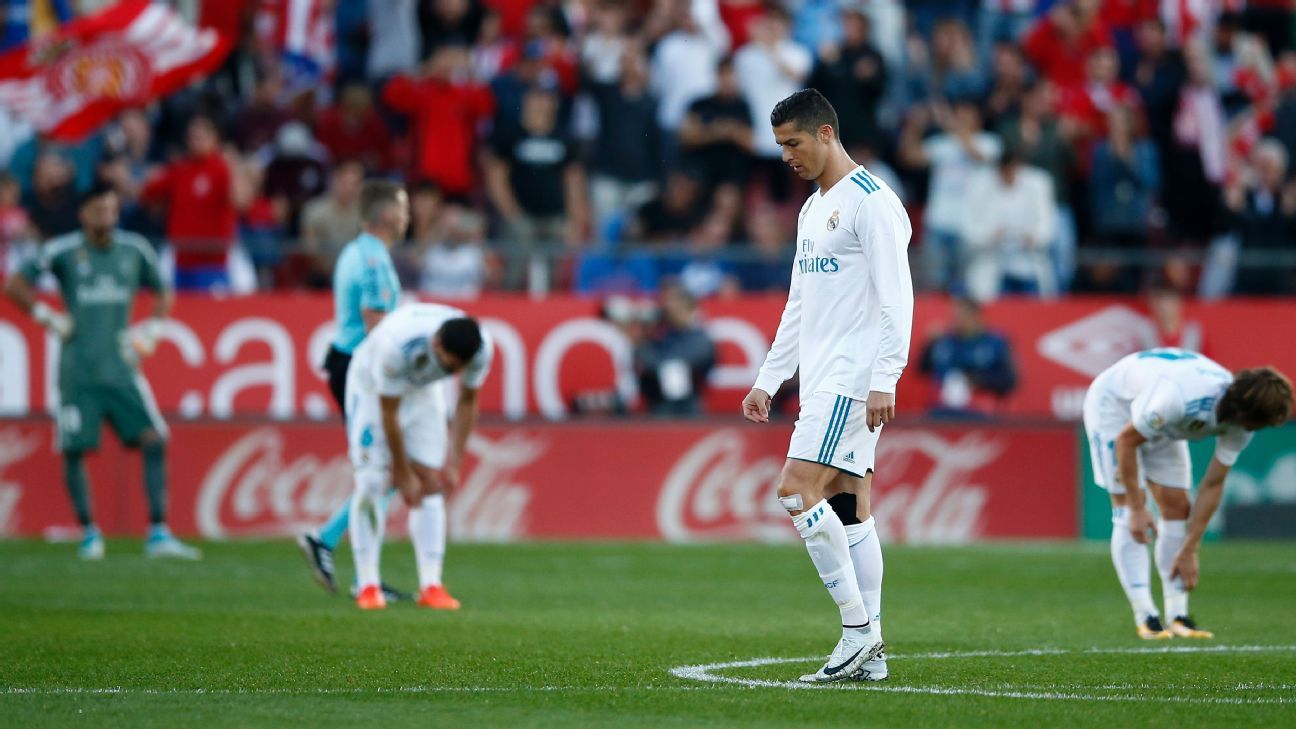 
Real Madrid coach Zinedine Zidane denied he was worried about his team’s title chances but admitted to a “bad day” after Sunday’s shock 2-1 defeat at Girona left them already eight points behind La Liga leaders Barcelona.

Madrid seemed set for for a 14th straight away league victory when Isco scored after just 11 minutes — on a counter attack after Girona wing-back Pablo Maffeo had just hit the post at the other end.

The Catalan side continued to unsettle Madrid’s defence and hit the woodwork again before half-time, then turned the game on its head with two goals in four minutes early in the second half.

First the visitors were easily opened up through the centre and Christian Stuani showed lovely quick feet before finishing clinically, before strike partner Portu turned home [from an offside position] Maffeo’s drive from close range.

The Los Blancos coach told the postgame news conference that there was still a long way to go and last year’s champions could still turn things around.

“We lost three points today, unexpectedly, but that does not change anything,” Zidane said. “We know we can turn this around, we will have better days, and the other teams will drop points too over the season. We want to win La Liga, it is our day to day. There is still a very long way to go, so I am not worried.”

Madrid midfielder Casemiro had told beIN Sports after the game that Madrid “did not play well” and must “work harder,” but Zidane said he disagreed.

“I do not agree that we played badly today,” Zidane said. “All the players made an effort. Then there were details, the rival’s first goal came from a throw-in and we lost concentration and did not defend well. The second goal, the same, with a rebound. We ran until the end. It was not a lack of effort.”

Chances missed at 1-0 up had cost his team, Zidane said. “My feeling is that we had chances to get a second goal,” he said. “When you are 1-0 up at half-time, you must think the rival can hurt you in the second half. We lacked a bit of concentration, and they played well, direct, quickly, winning second balls. Above all for their first goal, as when they equalise, the game changes.”

Zidane confirmed that centre-back Raphael Varane had been withdrawn at half-time with an adductor problem, but gave no detailed injury news ahead of Wednesday’s Champions League Group H game with Tottenham at Wembley.

“The team cannot be happy after a defeat,” he said. “Today was a bad day. We will go home, rest, and get ready for Wednesday, which is coming up soon.”

Speaking on beIN Sports after the game, Casemiro admitted to frustration at the performance and the situation, while refusing to blame the officials for missing an offside in Girona’s winning goal.

“We know we are very far behind [Barca],” the Brazil international said. “We must keep our heads now. This is a difficult moment. We did not play well today. Before we’ve had bad results, but creating many chances, not today.”