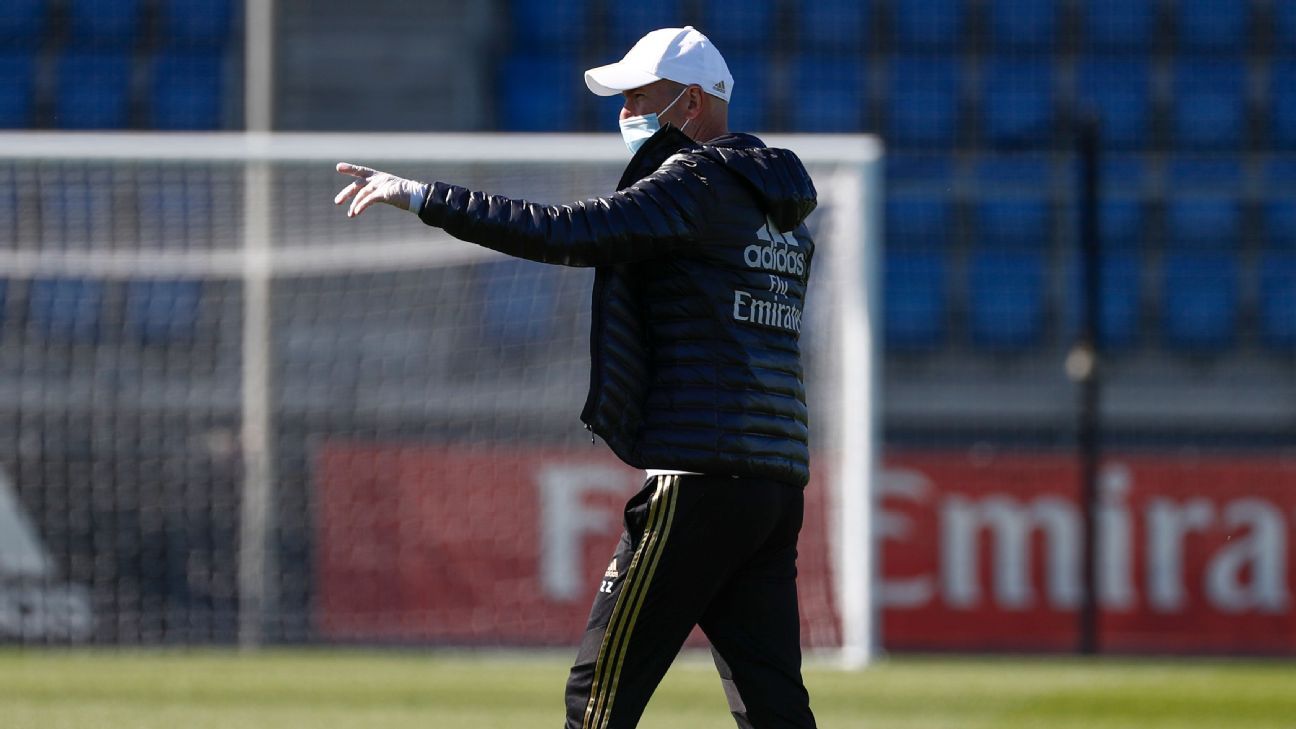 
Real Madrid boss Zinedine Zidane has said the frantic end to the La Liga season — with matches being played every three days — is like a World Cup tournament, and that suits the big-game experience of his squad.

“I like the comparison,” he said at his first news conference in over three months ahead of Madrid’s game with Eibar. “My players know what it is to play in finals, to play in the later stages of tournaments.

“The important thing is preparation. We’ve prepared really well. I believe in what we’ve done and now we have to show it on the pitch.”

Zidane knows what it takes to win — and lose — a World Cup as a player after France’s triumph in 1998 and disappointment in the 2006 final where he was sent off in his last match as a professional.

As a manager, he won three consecutive Champions League trophies in 2016, 2017 and 2018 with many of the same Madrid players — Sergio Ramos, Casemiro, Luka Modric and Karim Benzema — who are key squad members now.

Madrid will play 11 league games in just over a month as they look to chase down leaders Barcelona, who are two points clear before their return to action on Saturday night.

“It is not a lot or a little,” Zidane added. “It is the situation. We have 11 finals and we’ll try to give everything to win this league.”

After Sunday’s game against Eibar, Madrid will host Valencia on Thursday and then travel to Real Sociedad next weekend.

Madrid’s title hopes have been boosted by the return to fitness of Eden Hazard — who has struggled with injuries since signing for €100 million last summer — and Marco Asensio, who has missed the entire campaign.

The Eibar match will take place at the 6,000 capacity Alfredo di Stefano stadium, where Madrid will play their remaining home games after the club decided to continue this summer’s planned redevelopment works at the Bernabeu.

“The Di Stefano is our stadium,” Zidane said. “It is true that we’re used to playing at the Bernabeu but we’ll adapt. We’ve trained there, the measurements are the same, so we’re ready to play at the Di Stefano.”

The La Liga season has returned behind closed doors, although Spain’s government have said they will consider allowing some fans back into stadiums when conditions throughout the country allow it.

“I don’t like playing without fans,” Zidane said. “That’s what I really think. We accept it and respect what the government tells us. It doesn’t take away our excitement about playing again.

“I don’t know what will happen. Further ahead if things change, we’ll see. It is not an excuse. We’ll play and we’ll play well.”