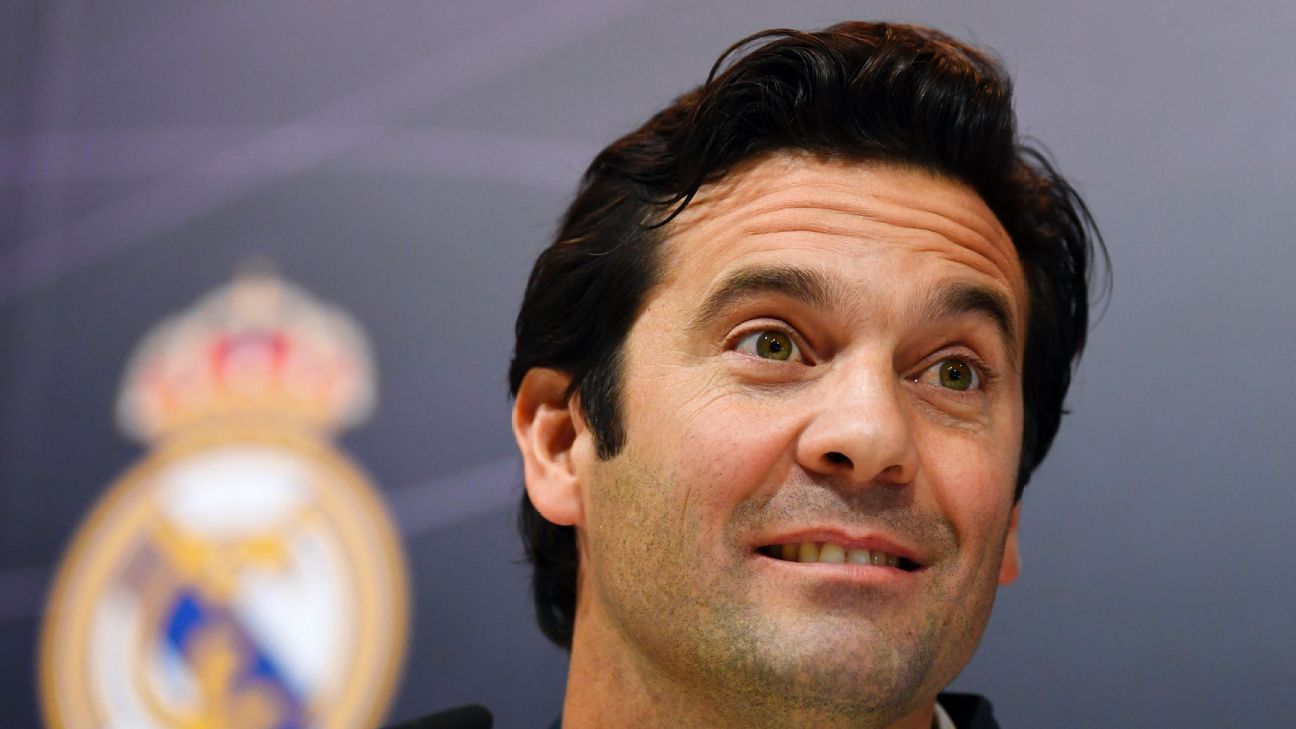 
Real Madrid interim coach Santiago Solari has claimed his only focus is on Sunday’s match at Celta Vigo, with decision time over his future fast approaching.

La Liga rules state Solari must either be confirmed as full-time manager or vacate his interim role, with the deadline for the decision on Monday.

Asked whether the Vigo match was decisive for his hopes of becoming Madrid manager, Solari said: “In this sport every game is decisive, for many reasons.

“If you lose points you cannot recover them. We can only focus on tomorrow, and that is what I am doing. The job long term is not up to us. We will have to be just as serious and focused as we have been. The players want to get these three points, to cut the gap.”

Solari, who has won all three matches in charge after Julen Lopetegui was sacked following a 5-1 defeat to Barcelona, has made a number of big decisions during his time as interim coach.

Thibaut Courtois has been picked ahead of Keylor Navas, Brazilian starlet Vinicius Jr. has been introduced to the first team while Isco has been a substitute in all three games Solari has managed.

“I don’t know how he has taken it,” Solari said. “Have you spoken with him? I guess he has taken it professionally. We know Isco’s quality and the special player he is. He is training to return to top shape after his operation.

“All of us inside football know that you must train at the maximum possible to then be available to play. The coach picks the team and the players know that clearly.”

Ramos caught Havel with a stray elbow but Solari said: “Our captain is a brave and honest man.

“All of us who play football know this is a contact sport and guys of 80 or 90 kilos moving at top pace, going for the ball on the ground or in the air. These situations can happen, there was no bad intention.

“Nobody has had his nose broken more than Ramos, he knows in his own body what this sport is. There are blows sometimes; this is a contact sport.”

Gareth Bale scored for the first time in eight matches across all competitions in Madrid’s win in midweek, playing nominally on the left of a front three.

“I’ve liked him in all positions,” Solari said. “He has the ability to play on the left, up front, as a centre-forward, a No. 10, or left-back. He started his career there and knows it perfectly.”

“What Bale needs to do is eat up the scene every time he plays, just like he did against Viktoria Plzen, playing a great game.”

Saturday morning’s training session in the rain at Valdebebas also had some positive injury news for Madrid, with Raphael Varane and Marcelo taking a full part, although Solari would not confirm whether they would be available for selection at Vigo.