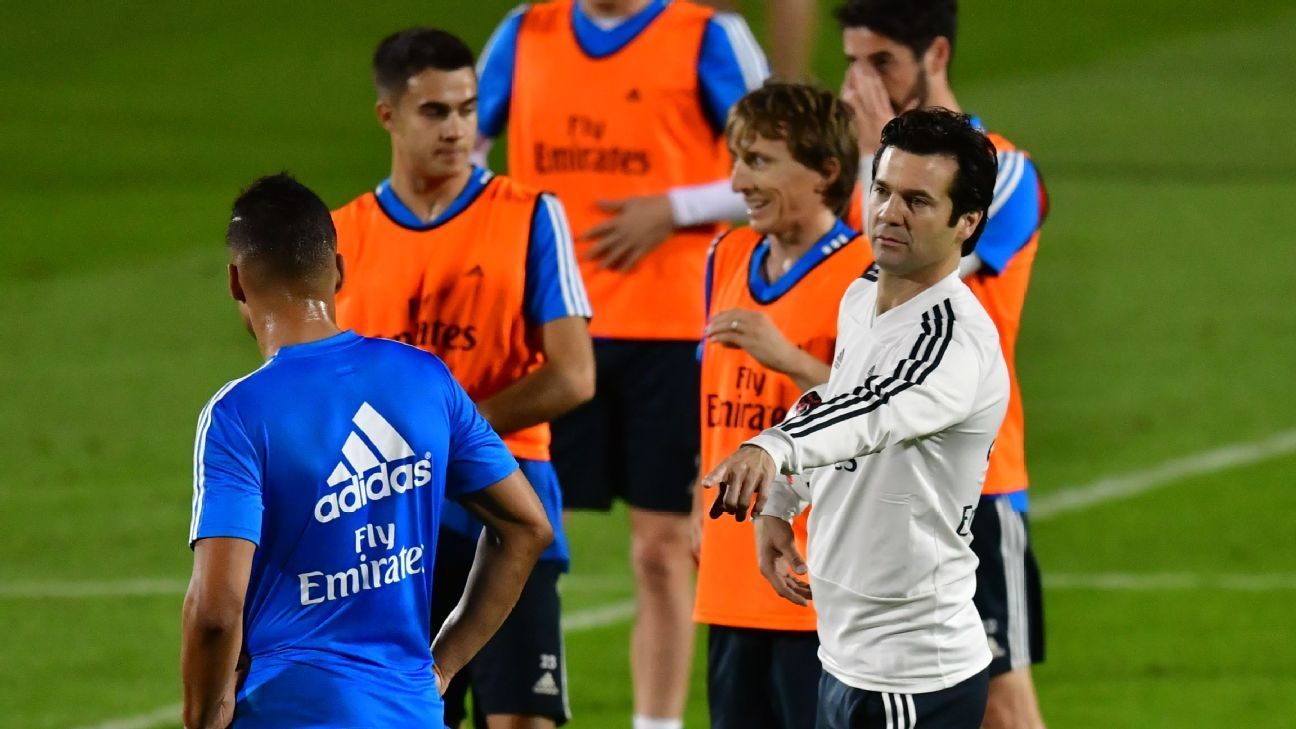 
Real Madrid coach Santi Solari rejected the idea he would be worried by speculation that Jose Mourinho could return to Bernabeu, while vice-captain Marcelo said it was “not for me to decide” if the Portuguese manager should return to the La Liga giants in the future.

Sacked by Manchester United on Tuesday, Mourinho was Madrid coach from 2010 to 2013, winning the Liga title in his second season, but falling at the semifinal stage in the Champions League in all three seasons. His name dominated a news conference in Abu Dhabi ahead of Wednesday’s Club World Cup semifinal vs. Kashima Antlers.

“I have the maximum admiration and respect for all my fellow coaches, especially those who have been at this club and given us joy,” Solari said. “How would I be worried about rumours or speculation about Real Madrid? It happens every day, is just part of our reality.”

Solari had an impressive start as Madrid coach, winning all four games as interim boss before being confirmed on a full-time contract. However, recent results and performances, which included a 3-0 home Champions League defeat to CSKA Moscow, have raised doubts over his long-term future.

Asked directly if a failure to win the Club World Cup would affect his position, Solari said the focus on his day-to-day job had never been affected by external noise.

“I feel the same as when I arrived here to work as a youth coach, and further back as a player,” he said. “That is to give everything every day, that is my way of viewing football and this job.”

Mourinho’s three years at the Bernabeu ended sourly, amid serious fallings-out with senior dressing room figures including then-captain Iker Casillas and current skipper Sergio Ramos. However, even at the time club president Florentino Perez suggested the door was not closed.

Also taking the news conference at the Zayed Sports City Stadium, Madrid vice-captain Marcelo said that for him it was “a pity” to see a “great coach” like Mourinho out of work but decisions about who was in charge were not for the players to get involved in.

“[Mourinho’s sacking] is a pity as he is a great coach,” Marcelo said. “And for him to be without a club is a pity. It is not for me to decide if he should come [back] to Real Madrid, but I really appreciate all he did for me at this club.”

Former Madrid coach Zinedine Zidane, who won three Champions League titles in two-and-a-half seasons in the job prior to leaving abruptly last summer, is among the candidates linked with the vacancy at Old Trafford. Marcelo was asked if his former coach’s work showed he could succeed as Man United manager.

“I would say yes,” the Brazilian international said. “Zizou has shown he can do a great job in a short time, and I believe that he would do well at any team in the world.”

The main theme of the day left little time for Solari and Marcelo to comment on Wednesday’s game against AFC Champions League winners Kashima, who reached this stage of the competition with a 3-2 victory over CONCACAF champions Chivas on Saturday.

Gareth Bale is a major doubt for the game with an ankle problem, but Karim Benzema looks to have shaken off a similar problem, while holding midfielder Casemiro could play his first game after six weeks out with his own ankle injury.