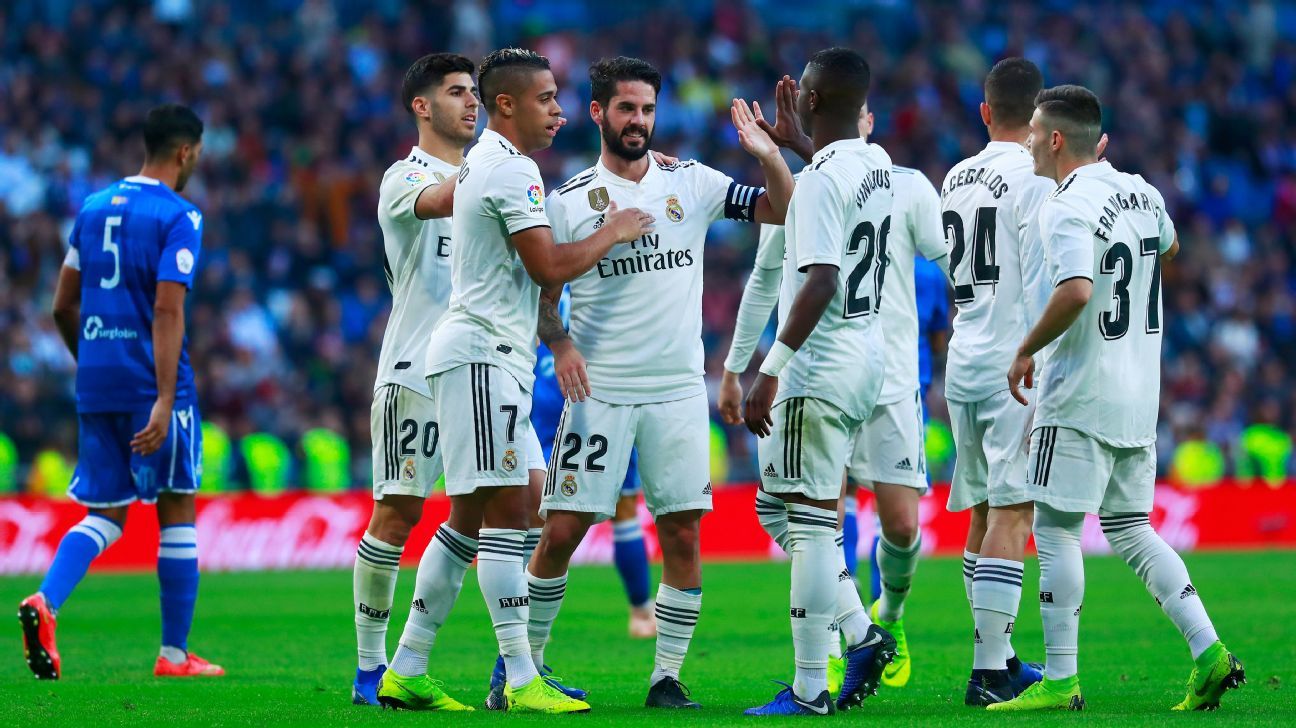 
Real Madrid coach Santi Solari was guarded in his praise for Isco after the Spain international marked a rare start with two goals in his team’s 6-1 stroll past third tier Melilla in the Copa del Rey at the Bernabeu on Thursday afternoon.

Madrid eased to a 10-1 aggregate passage to the round of 16 of the competition thanks to two goals apiece from senior stars Isco and Marco Asensio, a fine volley from young defender Javi Sanchez and Brazilian starlet Vinicius Junior’s first strike for the club.

Having not started any of Solari’s first seven games as Madrid coach, Isco came into a much rotated XI and found the net with a trademark 25-yard curler and neat finish from inside the penalty area.

“I am very happy for [Isco], for those goals, I was a bit sorry for the first that the keeper saved in the first half, which would have been a golazo,” Solari said at the postmatch news conference. “I want everyone working at their best, at full commitment. Also happy for Marco Asensio who scored two nice goals, and nearly a third in the second half too. And for Vini to name him also.”

Madrid have not always been so comfortable against lower division teams in the Copa in recent years, and Solari said the 10 goals scored across the two legs showed how everyone within his squad was focused on their jobs.

“It shows us that there are many players who are in good form, very committed, and have played a solid game with joy in attack,” he said. “Melilla are top of their Segunda B group, that is a tough competition.

“You do not score 10 goals in those two games without doing your job well, the more experienced players, the younger senior squad members, and the kids who had a chance to make their debuts today.”

Solari said he had not yet thought about the upcoming Club World Cup, where Madrid are likely to face the winners of Sunday’s relocated Copa Libertadores final between Boca Juniors and his own former club River Plate at the Bernabeu.

“There is not time to think yet in that, as we do not know yet who will be playing there, with the Copa Libertadores final here on Sunday, which is strange,” he said. “We look at the next games coming up, at Huesca [on Sunday], then CSKA Moscow [on Tuesday at Bernabeu] and Rayo Vallecano [on Saturday at Bernabeu]. Two very important La Liga games for us and the Champions League too. Then we will have time to think about the Club World Cup.”