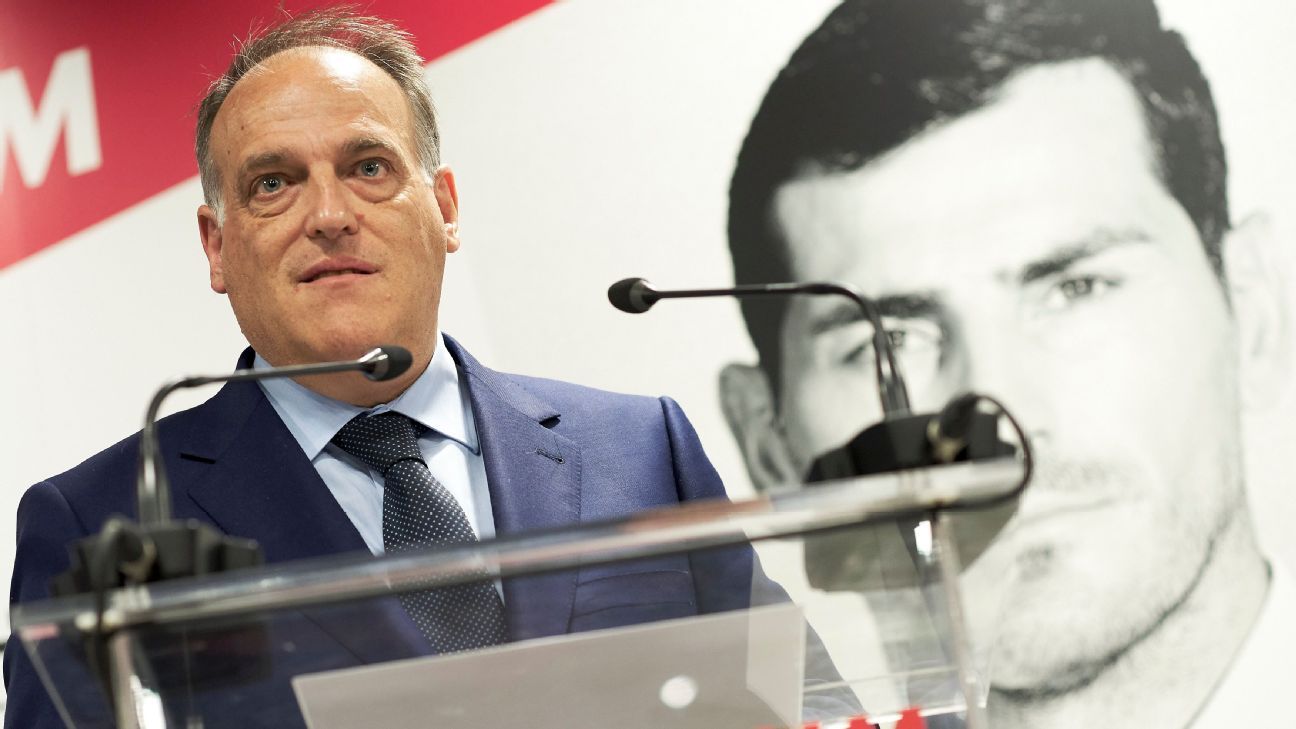 
La Liga president Javier Tebas has defended plans to stage a regular-season game in the United States starting this season but insists the Clasico between Real Madrid and Barcelona will not be the one selected.

Tebas signed a 15-year agreement with Relevent, the organisers of the International Champions Cup, to promote the sport in North America and expand La Liga’s brand.

As part of the deal, a league game will be played in the United States but no further information regarding date, location or which teams will be involved, has been announced.

“No,” Tebas told El Mundo when asked if a Clasico could be played in New York or Beijing, where La Liga is also looking to have a bigger presence. “Logistically, the Clasico in New York is not viable. At least the league Clasico.”

The summer of 2017 saw the first-ever Clasico played in the U.S. when Real Madrid and Barcelona faced off in Miami during the International Champions Cup.

Various players from the top sides, including Real Madrid captain Sergio Ramos and two of Barcelona’s leaders, Sergi Roberto and Sergio Busquets, met on Wednesday in Madrid and were “unanimously” against La Liga’s plans to stage a game outside of Spain.

The Spanish Footballers’ Association (AFE) is upset with La Liga for not being consulted and does not rule out a strike.

“We have a meeting with La Liga in September but I don’t think it will serve for anything,” AFE president David Aganzo told Onda Cero radio.

Tebas has defended the long-term agreement and says La Liga’s international strategy is necessary to attract foreign investors to Spanish clubs. The Premier League is considered the most profitable competition in Europe while La Liga is a distant second.

Under Tebas, La Liga has strengthened the finances of its 42 first and second-division teams and are pushing for the league to catch the Premier League in order to match its economic strength.

“The figures are there,” Tebas said. “In four years we have trebled our international (TV) rights value.

“La Liga’s strategies are different depending on the location. What we do in the United States is completely different to what we do in Germany, Poland or Russia, where we’ve had splendid results in the past few months.

“That diversification makes us pioneers in the world. Only the NBA does anything similar. Though the aim is not just that but also to increase our international sponsors.

“Right now there are only two teams that really grow, [Real] Madrid and Barca, and one that does so slowly, Atletico Madrid. We have to work so that foreign sponsors arrive at Valencia, Villarreal or recently-promoted side Huesca. Why not?”

Real Valladolid president Carlos Suarez sees the local fans as the only ones to lose out by La Liga’s plans to play a league game overseas.

Suarez, whose side returned to La Liga after a four-year wait, reveals in an interview with Onda Cero radio that “the players would love a project to go overseas and represent their team.”

Spain’s sports minister, Jose Guirao, says that La Liga must find a way to expand overseas without its interests conflicting with the home-based fans.

“La Liga has a big repercussion overseas,” Guirao said as reported in Marca. “One of the biggest images of Spain is through the Spanish football league and it’s very important.

“I would also say, as I would tell any citizen, that I want to know what I buy, how much it costs and what I’m buying it for.”

Valencia’s minority shareholders (APAVCF) have announced in a statement that they will file a lawsuit against La Liga and its president, Tebas, if a league game is played in the United States this season.

According to APAVCF, La Liga’s decision would damage financially, morally and socially the season-ticket holders, fans and club shareholders.