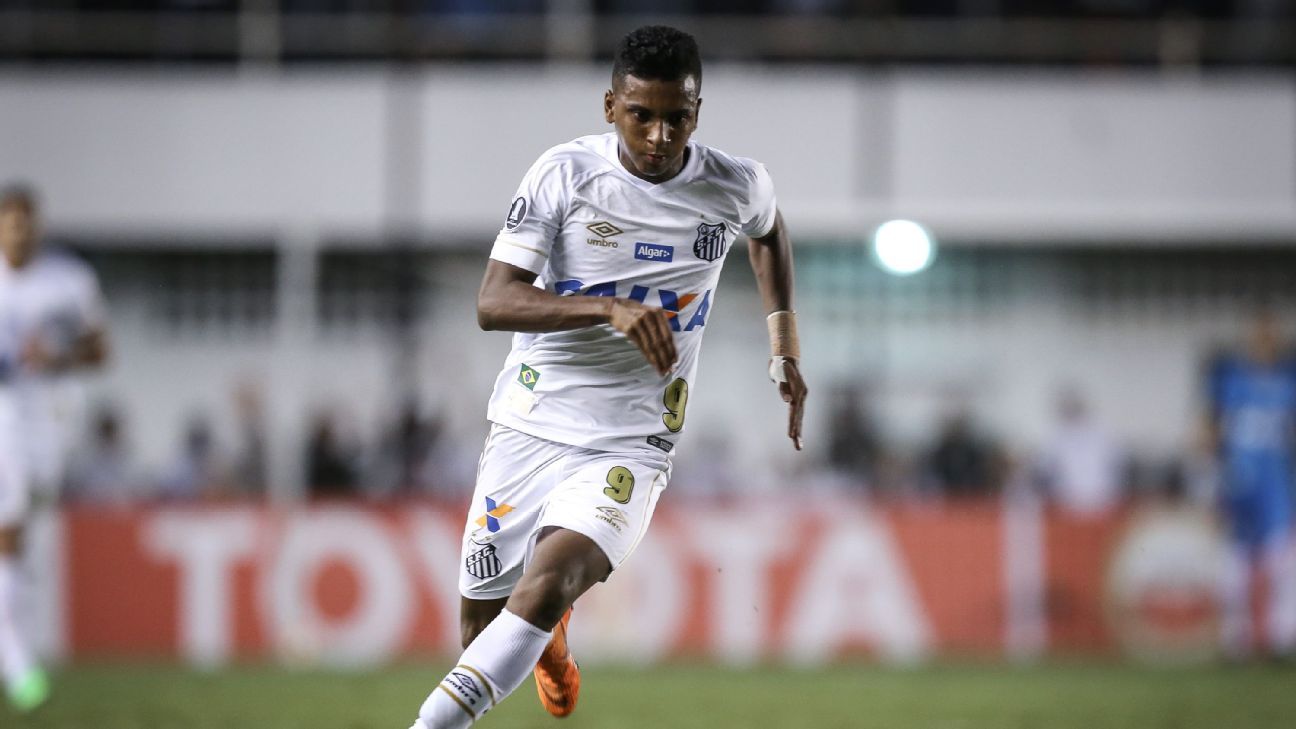 
Santos president Jose Carlos Peres says his club have received offers from Real Madrid, Barcelona and Paris Saint Germain for emerging star Rodrygo — and any suitor will have to pay the 18-year-old attacker’s €45 million release clause.

Rodrygo had been linked with Barcelona for some months, but after a spectacular nine minute hat-trick in a 5-2 win over Vitoria last weekend, Madrid are reported to have moved ahead in the race for his signature.

ESPN Deportes reports that the European champions will pay Santos €36.5m, €6.8m more than Barca had previously offered, while also paying Rodrygo a €10m signing on fee and other commissions of €8m to agents involved in the deal.

With Santos reportedly controlling 80 percent of Rodrygo’s playing rights, Peres said nothing had yet been finalised and the only way to get a deal done was to trigger the €45m release clause in the player’s current contract.

“There is no agreement for Rodrygo,” the Santos board chief said. “We have various proposals… PSG Madrid. Barca… They can bring the money of his clause. They must pay €40m to Santos or nothing else. That is the path we are on.

“They [the media] can talk about a billion euros if they want. Unfortunately Rodrygo can leave for only 50 million [euros], a quantity which will allow Santos to breathe, and have a stronger team. I am not saying he must be sold, only that there are offers. If clubs come and pay his clause, we are obliged to let him leave.”

In 2013, Madrid were famously beaten by Barca in the race to sign then starlet Neymar from Santos in a move that ended up costing the Catalan side over €100m in total.

The initially hidden details within that deal also ended with Barca’s board admitting to having broken Spanish laws, and soured relations with the Brazilian club.

“We have a lawsuit open against them regarding Neymar,” Peres said in May. “Four months before the Club World Cup in 2011, Barcelona paid an advance on the transaction and we feel that there was grooming going on. We are demanding €14.5m from them. When they pay us, we will talk about other things.”

Madrid also agreed a €45m deal with another young Brazilian attacker Vinicius Jr in May 2017, with the Flamengo player due to join the Bernabeu club either this summer or next January.