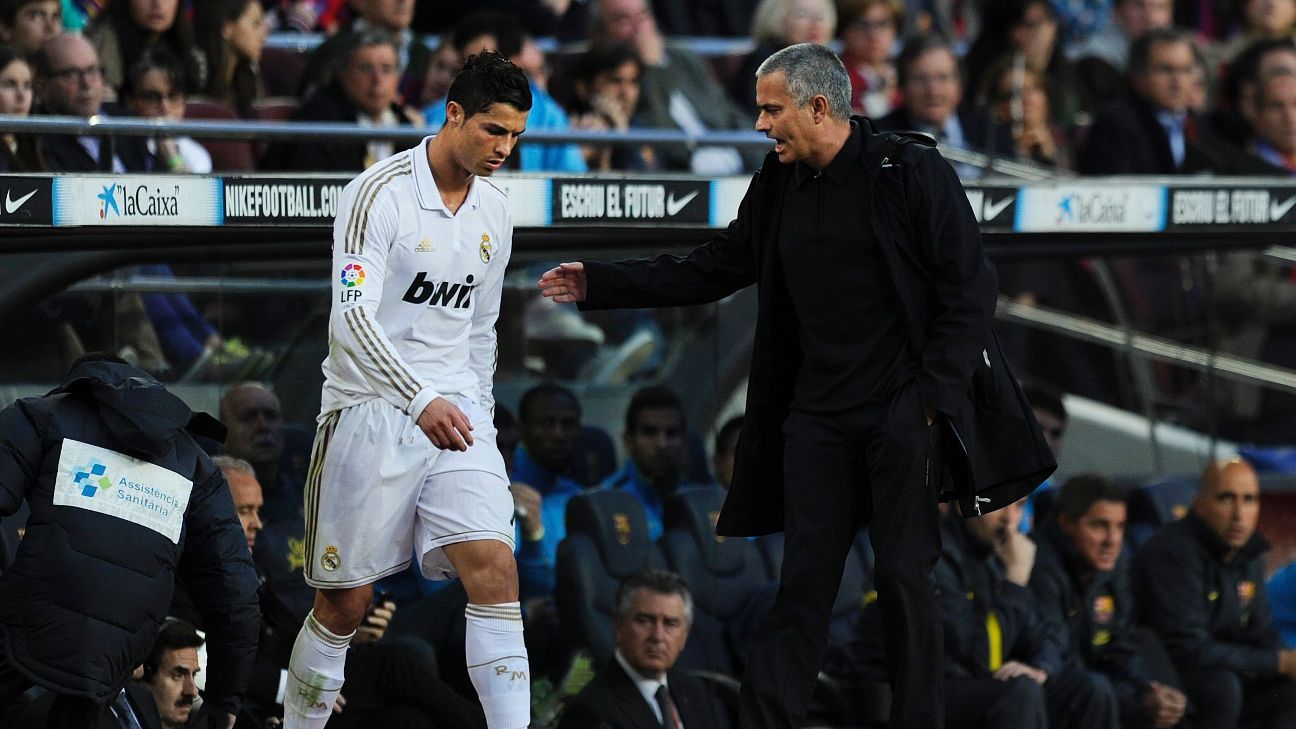 
It is the Super Cup of UEFA’s dreams: Real Madrid vs. Manchester United, Cristiano Ronaldo reunited with Jose Mourinho, David De Gea vs. Gareth Bale — one way or another.

Real’s Champions League triumph in Cardiff on Saturday ensured that the 12-time European champions will now face Europa League winners United in Skopje, Macedonia, on Aug. 8 for UEFA’s version of the Community Shield.

It is a trophy that matters little to either team until they win it and, as we discovered with Mourinho and Community Shield, they all count at the end of the season. But before United begin to clear space in the Old Trafford museum for the Super Cup to be squeezed alongside the three trophies Mourinho has already won as manager at the club — the Europa League, EFL Cup and, as we are counting, the Community Shield — the first challenge facing Mourinho will be to ensure that his team do not come back from Macedonia having been hammered.

United certainly have the pedigree to take on Madrid. Barcelona would say otherwise, but Skopje will play host to arguably the two biggest and best supported clubs in the world in two months’ time.

But as the teams stand right now, there is a huge gulf between Real and United. So, with the game taking place just five days before the start of the 2017-18 Premier League season, how seriously can Mourinho approach what is little more than a glorified friendly 1,800 miles from Old Trafford?

Mourinho, of course, will not treat it like a friendly. He will see it as his opportunity to win a fourth trophy in just over 12 months at United and there is also the sub-plot of the Portuguese facing Real for the first time since he was sacked as manager in 2013.

He will want some measure of revenge and will be keen to lay down a marker for United’s season, sending a message both to the club’s domestic rivals and those Champions League heavyweights who lie in wait in the group stages of the competition.

Real have become a formidable force under Zinedine Zidane, though, and the team United encounter in Skopje will be stronger and more motivated than the side they are due to face in Santa Clara, California, in the International Champions Cup clash on July 23.

This is a team which jetted out of Cardiff having not only defeated Juventus 4-1, but done so by ruthlessly brushing aside an outfit that had just won a sixth successive Serie A title and had only conceded three goals in the Champions League up to the final.

Juventus are a European superpower, a team which dominates one of the toughest leagues in the world, but they were outclassed by Ronaldo and Co. at the Principality Stadium. If Gianluigi Buffon, Giorgio Chiellini, Paulo Dybala and Gonzalo Higuain could not lay a glove on Real, what chance do the likes of Antonio Valencia, Ander Herrera, Jesse Lingard and Marouane Fellaini have?

United spent the season in the Europa League because they failed to qualify for the Champions League and, by finishing sixth in the Premier League this year, would have missed out again but for the Europa League win against Ajax and Stockholm.

They are not even one of the top five teams in England, so they face a daunting challenge up against the best team in Spain and the back-to-back champions of Europe.

Mourinho is already attempting to rebuild his squad, but Atletico Madrid’s Antoine Griezmann will not be a part of his new team, with the French forward choosing to commit his short-term future to Real’s city rivals in the midst of the club’s transfer ban.

The likes of Romelu Lukaku, Andrea Belotti, Eric Dier, Tiemoue Bakayoko, Willian and Bale are all on Mourinho’s hit-list, but he will not get all of them.

He may also lose De Gea, with Real preparing to make a renewed move for United’s goalkeeper. United are confident they can hold onto the Spain No. 1, but Madrid is De Gea’s home city and his long-term girlfriend still lives in the Spanish capital, so if, or when, Real come calling, it will take a huge effort on United’s part to keep him.

Maybe they could get Bale to make the opposite journey. The Welsh winger, at 27, would instantly improve United, but injuries are beginning to afflict the former Tottenham star and if Real are prepared to sell, it should come as a warning to United that big clubs only sell their top players for a reason.

Still, the Super Cup clash in Skopje is two months away and Mourinho and United will undoubtedly do some smart business this summer to make the team stronger. But no matter who United sign and who they let go, Real will provide the acid test of their credentials at the start of the season.