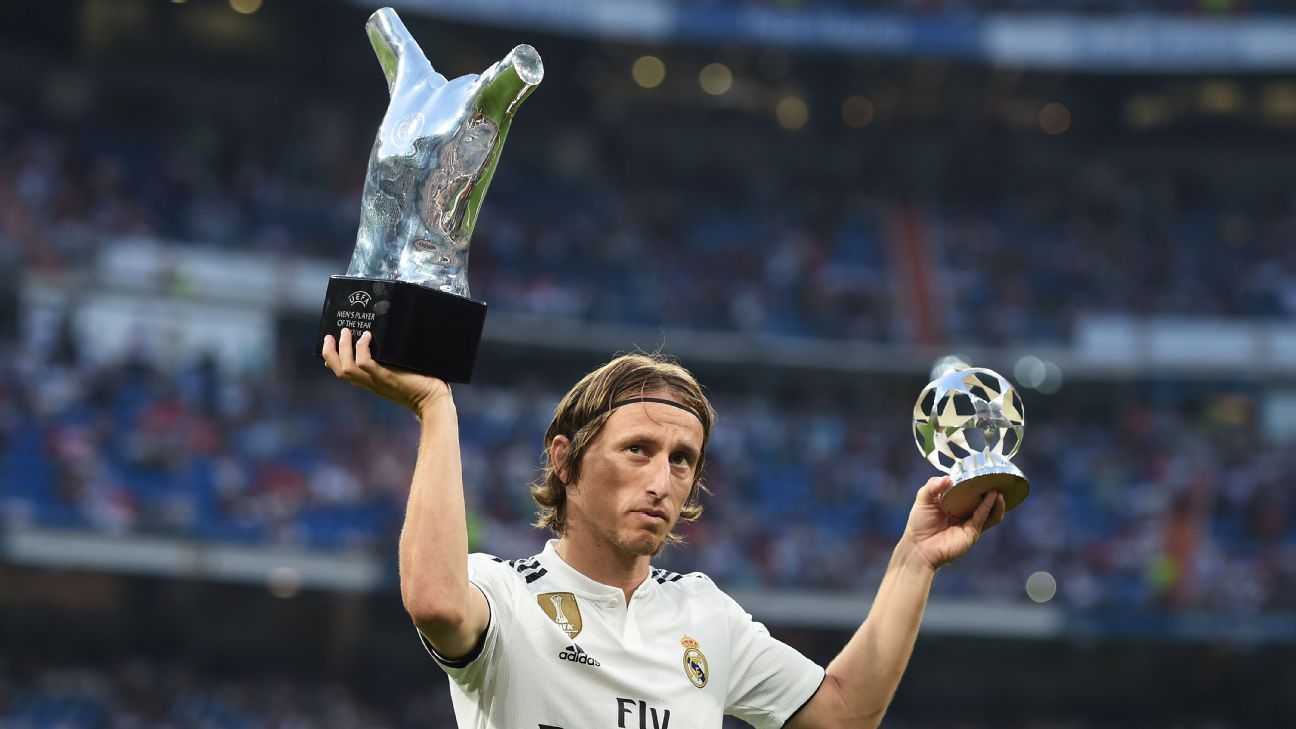 
Croatia captain Luka Modric has said he is not obsessed by winning FIFA’s The Best award.

Real Madrid midfielder Modric is on the shortlist for the award, with other contenders including Liverpool’s Mohamed Salah and Juventus forward Cristiano Ronaldo.

“I’m not the one that decides this, others do,” he told Cadena Cope after his country’s 6-0 loss to Spain in the Nations League on Tuesday.

“If I win that’s perfect, and if I don’t it doesn’t matter. I’m not obsessed by this. For me, the important thing is the group and that’s it.”

But Spain coach Luis Enrique said he was stunned that Barcelona’s Lionel Messi, whom he called a “a step above anyone else”, was not on the shortlist, while Atletico Madrid boss Diego Simeone was surprised his star player Antoine Griezmann had missed out.

Meanwhile, Modric, who was named UEFA Men’s Player of the Year last month, was eager to put Croatia’s thrashing in Spain behind him.

“It’s a tough result,” he said. “We didn’t expect it. We played well in the opening 20 minutes and after the first goal, our performance just went down.

“We have to bounce back. We must improve and make sure we don’t do the same in our next game. We simply have to look ahead.”