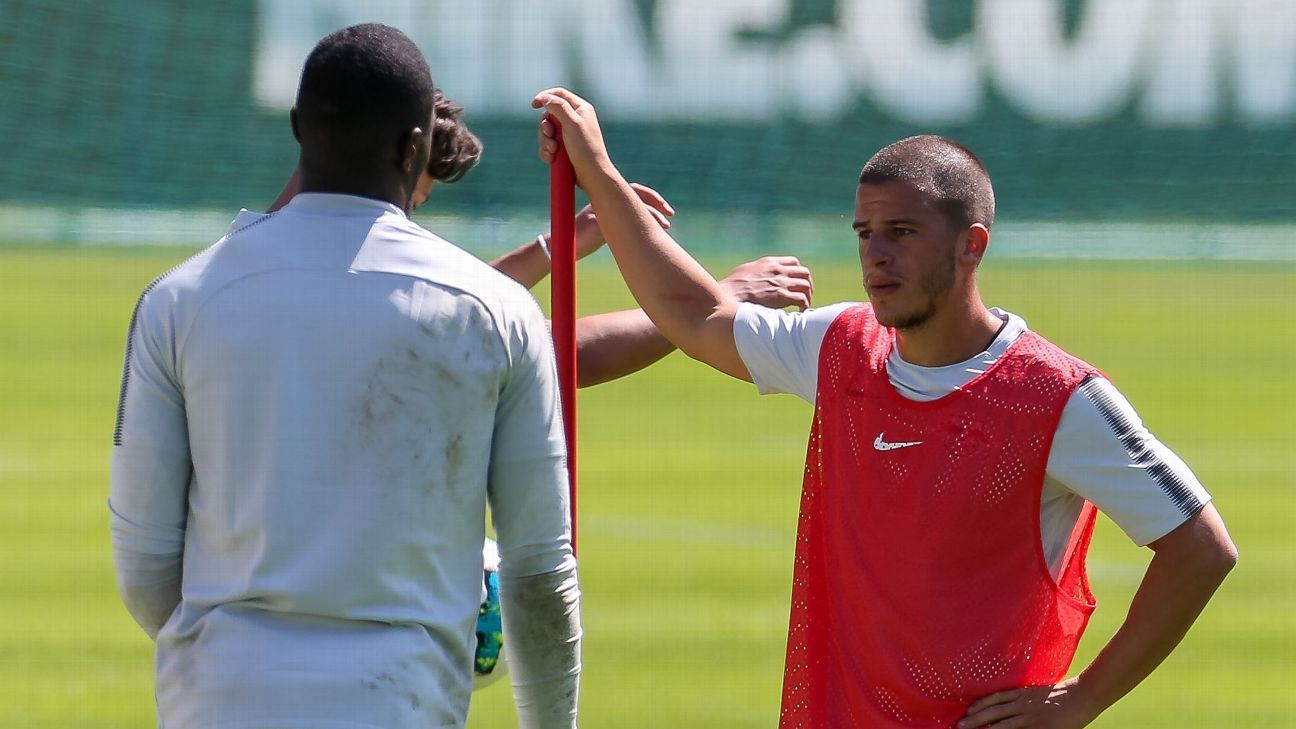 Keita, who was then being strongly tipped for a move to Liverpool, drew criticism from Leipzig defender Willi Orban after his challenge left Demme with a bruised knee that saw him miss the club’s Bundesliga opener as they lost 2-0 to Schalke at the weekend.

However, the 25-year-old could be back in time for Sunday’s game against Freiburg.

“If he does not show any reaction, it looks like he might be an option,” RB coach Ralph Hasenhuttl told reporters. “It’s not like he has just been strolling in the last couple of weeks.”

As the club continue their preparations for their first home match of the Bundesliga season, they are also looking forward to their first ever Champions League draw on Thursday evening.

“It’s a special moment, and we’ll all watch it together after our training session,” Hasenhuttl said. “No matter how strong the opponents will be, we can create a surprise in any case — just like in Bundesliga last season.”

Leipzig finished their first ever Bundesliga campaign as runners-up only to Bayern Munich.