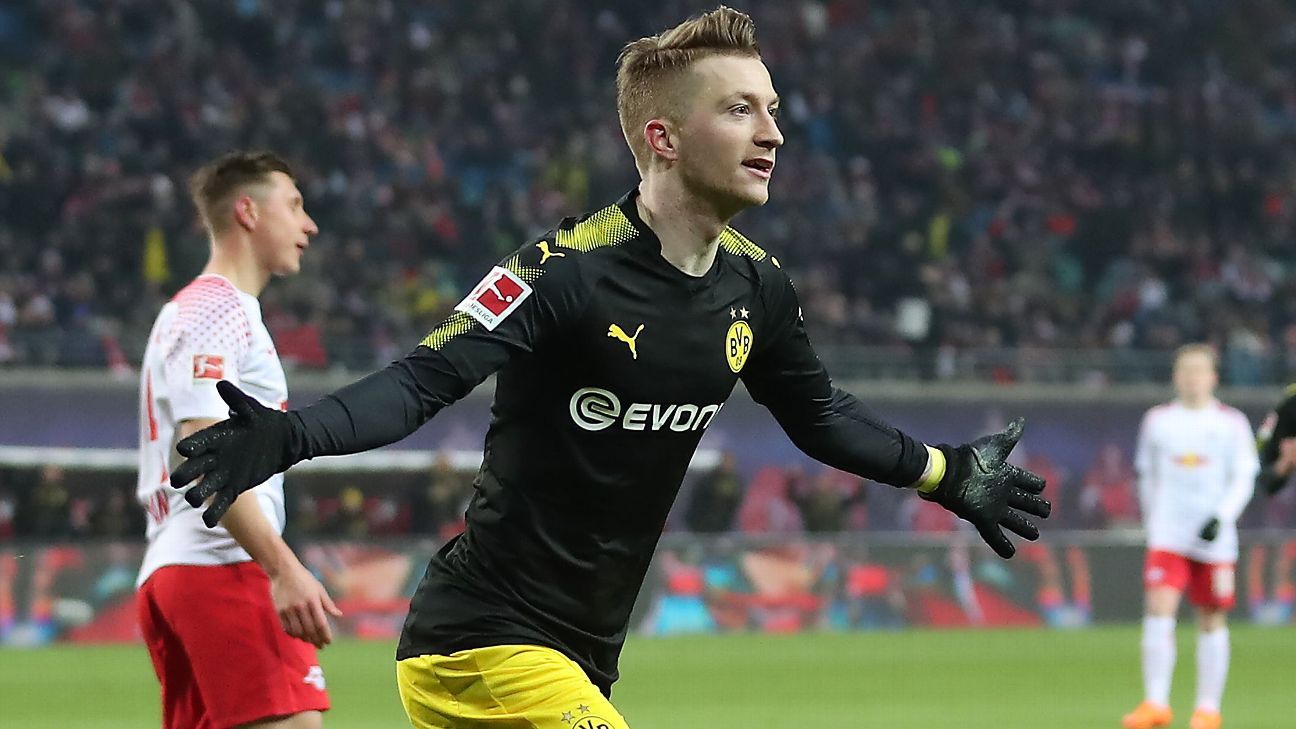 Bundesliga top-four rivals RB Leipzig and Borussia Dortmund had to settle for a share of the points with a 1-1 draw at the Red Bull Arena.

With Schalke, Eintracht Frankfurt and Bayer Leverkusen all having claimed victories earlier on Saturday, the pressure was on both sides in the battle for Champions League qualification.

After Dortmund had two goals ruled out for offside, Leipzig — beaten by bottom club Cologne last weekend — took the lead on 29 minutes through Jean-Kevin Augustin.

The visitors, though, soon levelled when Marco Reus rounded the goalkeeper and neatly slotted home.

Neither team was able to conjure a winner during a scrappy second half, but Dortmund forward Michy Batshuayi somehow missed an open goal just after the hour mark.

The result left Dortmund in third, a point behind Schalke, while sixth-placed Leipzig lost further ground on the top four.

Both goalkeepers were called into action during the early stages.

Batshuayi, who joined Dortmund on transfer deadline day on loan from Chelsea, had the ball in the net from close range on 16 minutes following a quick counter attack, but the offside flag was raised.

Dortmund thought they had broken the deadlock again when Reus slotted in after 25 minutes following a one-two with Batshuayi on the edge of the box, but celebrations were once more cut short by the referee’s assistant.

Leipzig fans were soon celebrating the opening goal on 29 minutes.

Andre Schurrle was robbed by Naby Keita following a Dortmund throw-in. Keita looked up and sent Augustin clear between the defenders, with Augustin clipping his shot into the far corner.

Dortmund, though, were not behind for long, and this time there was no offside flag to save the hosts.

Mahmoud Dahoud’s perfectly weighted through ball played Reus clear into the left side of the penalty area. The Germany forward calmly took the ball around the goalkeeper before slotting into the net.

Leipzig defender Lukas Klostermann just failed to get his effort on target when a free kick was flicked through the Dortmund six-yard box shortly before half-time.

There was little flow to the game following the restart, with neither side able to build a sustained spell of pressure.

Dortmund should have taken the lead just after the hour. Dahoud weaved his way into the left side of the Leipzig penalty area and to the goal line before cutting the ball back through the six-yard box.

Batshuayi was unmarked and had the goal at his mercy, but somehow failed to make a proper connection as the ball bobbled wide.

With 15 minutes left, Werner got into the Dortmund box down the right and saw his shot blocked. The ball dropped to Keita, but he could only drag his shot off target.

Leipzig substitute Bruma had a curling effort from the left drift just wide.

Dortmund defender Manuel Akanji almost headed Klostermann’s late left-wing cross past his own goalkeeper, who made a fine reaction stop, but the offside flag was up.