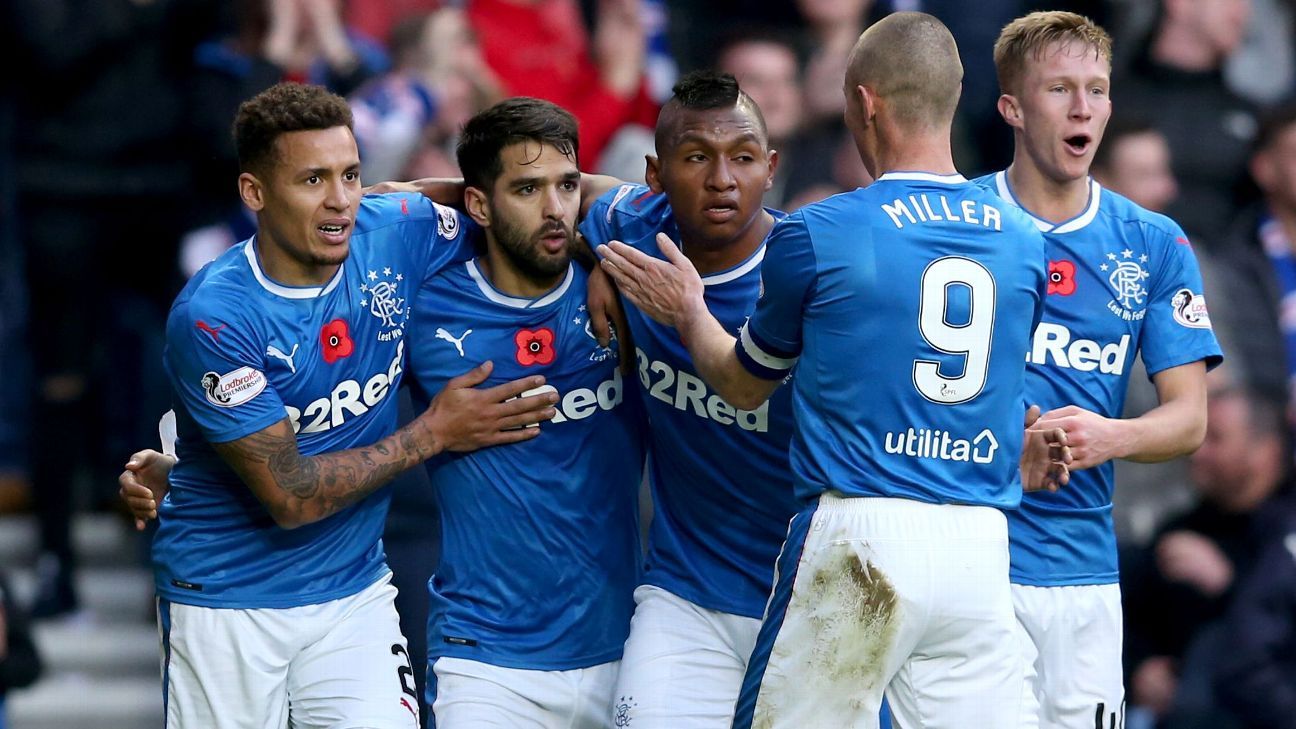 Graeme Murty did his chances of becoming permanent Rangers manager no harm at all as the Light Blues enjoyed a no-fuss 3-0 Premiership win over Partick Thistle at Ibrox.

Defender Ross McCrorie scored his first goal for the Gers in the 29th minute when he headed in a cross from wide-man Daniel Candeias who doubled that lead in the 38th minute with a drive.

Midfielder Josh Windass added a third at the start of the second-half when he capitalised on a Jags mistake to seal the victory.

Murty, head development coach at Ibrox, began his second spell as caretaker boss this year with a 3-1 win against Hearts last week.

And while the Govan club search for a successor to recently sacked Portuguese coach Pedro Caixinha, the 42-year-old, might yet convince the board that he could be the man.

Thistle had won two and draw one of their previous three matches to climb off the foot of the table after a win-less start to the league campaign but, despite a valiant effort, they were well beaten and are back in trouble.

Former Scotland defender Murty kept the same side which started against the Jambos at Murrayfield last week while the injury-struck Maryhill men could not fill their bench, with boss Alan Archibald naming six substitutes.

After the minute’s silence to make Remembrance Day, it was the home side who made the early running.

In the 16th minute Gers midfielder Ryan Jack, available after having a recent red card rescinded, drew a fine save from Jags keeper Tomas Cerny with a drive from the edge of the box.

The former Aberdeen player then failed to pick out Windass after he burst into the Thistle box following a defence-splitting pass from striker Alfredo Morelos, who then tested Cerny with an angled-drive which was pushed behind for a corner which came to nothing.

The home side’s opener was straightforward enough with captain Kenny Miller playing a short corner to Portuguese winger Candeias who quickly fired in a cross from which 19-year-old McCrorie bulleted a header past Cerny from six yards.

The second goal owed much to midfielder Jason Holt who drove into the Partick penalty area only to see his shot blocked by the visiting keeper who watched in some despair as Candeias drilled the loose ball into the corner of the net.

There were less than two minutes played in the second-half when Jordan Turnbull’s short back-header was picked up by Windass who raced through to slip the ball past Cerny.

With nothing to lose, the Firhill side rallied.

Substitute Kris Doolan, on for Conor Sammon, flashed a shot wide of the target in the 64th minute before his low drive five minutes later from the edge of the box escaped the far post, with the game petering out thereafter with Rangers working hard to keep the clean sheet.