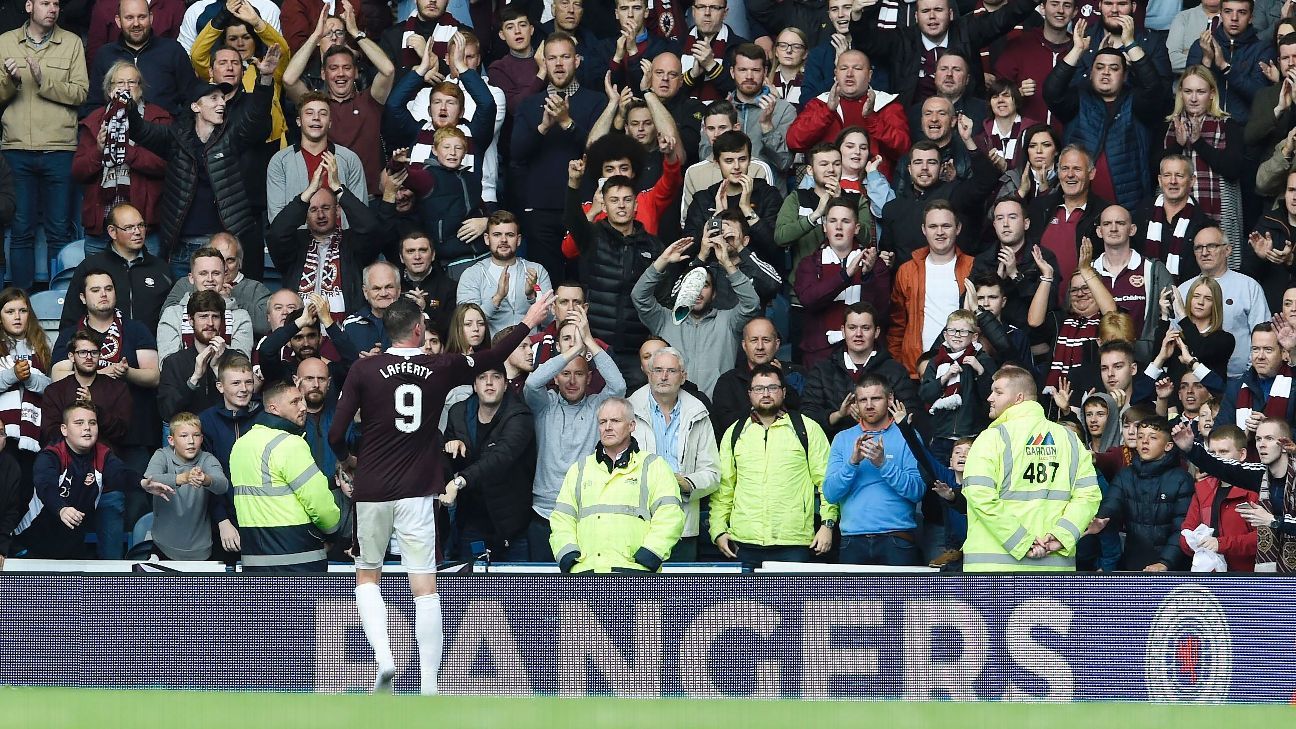 Pedro Caixinha’s men were looking to bounce back from last week’s controversy-laden defeat to Hibernian.

But while there was no shortage of incidents in that loss to Neil Lennon’s team, the Light Blues were hampered by their inability to raise the tempo against the capital’s other team as they were forced to settle for a 0-0 draw.

The point will do Hearts caretaker boss Jon Daly no harm in his bid to persuade Ann Budge he is the man to take up the management reigns at Tynecastle on a permanent basis, but it only increases the dubious glares being pointed in Caixinha’s direction, with his Gers already five points behind Celtic after just three games.

Both the hosts’ Ryan Jack and Jambos frontman Isma Goncalves were able to take their slots in the starting line-ups after winning their respective appeals against red cards dished out last weekend, while Ibrox target Jamie Walker was also in from the kick-off for the visitors.

But the first 45 minutes were vexing for all involved.

Hearts’ centre-back John Souttar then ripped a sensational drive past Wes Foderingham from 30 yards out but was left looking to the heavens as it crashed against the crossbar.

Souttar proved his worth at the other end as he came up with another goal-saving tackle when Graham Dorrans found Josh Windass through the eye of a needle as the wideman darted through on goal.

Gers, having laboured for much of the half, stepped things up towards half-time and were denied again when Bruno Alves headed Daniel Candeias’ corner back across goal but Michael Smith cleared off the line before Alfredo Morelos could pounce.

The Columbian did have the ball in the net after 37 minutes but his effort was chalked off after Lee Wallace was flagged for off-side, while Jambos stopper Jack Hamilton rescued the visitors when his reflex stop thwarted a Miller attempt.

Caixinha gave the second half just six minutes before tinkering with his team, taking off the jaded looking Windass and introducing Niko Kranjcar.

Hearts also made alterations just past the hour mark, bringing on Krystian Nowak and Prince Buaben for Connor Randall and Walker – who had done little to suggest Rangers should be hurrying back in with a fresh offer.

But neither change did much to alter the flow of play, with the Light Blues dominating possession but looking short on inspiration.

Morelos tried to inject some tempo but could only fizz the ball across the face of goal from an acute angle while another of Gers replacements Ryan Hardie saw a shot deflected over as the hosts broke quickly.

The Copland Road was urging their men forward but the Jambos’ Rafal Grzelak did his best to increase their grumbles as he cleared another Morelos header clear of danger.