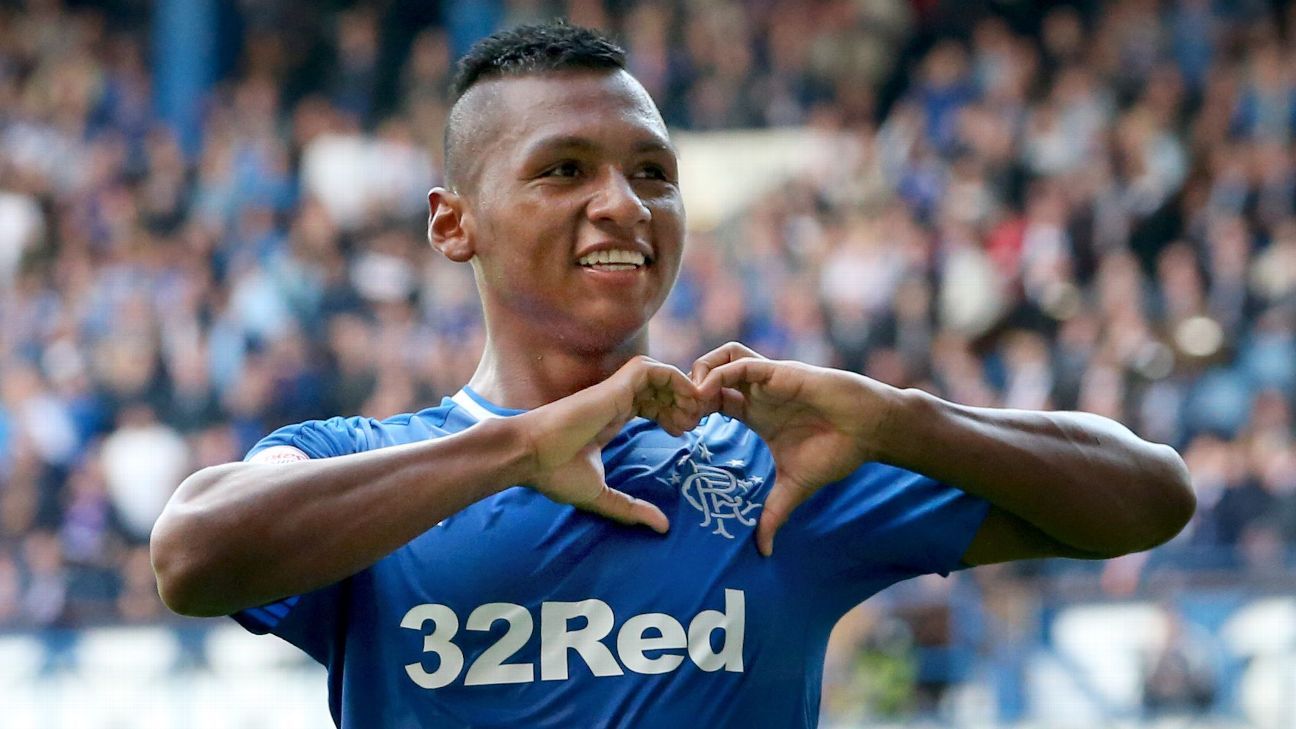 Morelos fired Rangers ahead just before the break and added a second late on to extend his run of goals to seven in his last five appearances.

Faissal El Bakhtaoui put Dundee on the scoresheet late on but the result spells trouble for Neil McCann’s Dens Park outfit, who have now collected just one point from the first 15 available.

The visitors then came under early pressure from the Light Blues.

Daniel Candeias was the main creative influence in the opening stages but neither Morelos nor Niko Kranjcar could profit from the wideman’s dangerous deliveries.

Their failure to net early was a source of frustration for the Ibrox crowd but Dundee boss McCann was also unhappy, substituting Scott Allan after 38 lethargic minutes on the pitch.

Having turned down Rangers — the club he supported as boy — to choose Celtic when he left Hibernian in 2015, the Rangers faithful were not shy in telling Allan what they though of him as he trudged off.

The hosts’ breakthrough came after 41 minutes and again it was Candeias who found the key to unlock the Dundee defence. Kranjcar fizzed a ball in from wide on the right and with a clever flick, Candeias sent Morelos scampering in on goal, with the Colombian needing no second invitation to bury the ball past Scott Bain.

The Dark Blues should have levelled straight from the second-half kick-off but Roarie Deacon miscued his header from AJ Leitch-Smith’s cross.

Kenny Miller sparked a groan when he fired straight at Bain after some patient Rangers build-up, but Candeias at least forced the keeper into a diving save as he drove in from the right to shoot.

Yet Dundee were continuing to make life uncomfortable for Rangers. Again they came close, this time from a Deacon corner, but Sofien Moussa could not apply a finishing touch as Jack Hendry headed across goal.

With that let-off, Rangers upped a gear and made the points safe after 68 minutes as another stunning Candeias delivery found Windass, who only had to nod the ball back across Bain for the clincher.

Pena has shown little to justify his manager’s expensive outlay so far but Caixinha will hope he can now kick on after netting his first goal in the 83rd minute, lashing home from close range after Windass did well to drive in from the left.

Morelos struck again two minutes later as his fierce drive somehow beat Bain from a tight angle, while El Bakhtaoui’s late finish from inside the box proved to be little consolation for Dundee.